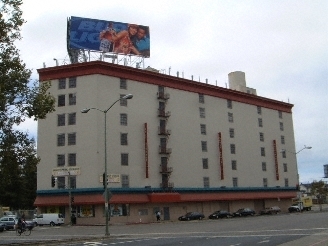 Beacon Storage Co. in Oakland, Calif., was recently sold to private investors for $5.4 million. The facility consists of more than 950 self-storage units with approximately 62,000 net rentable square feet. There are also four cell towers and two billboards on the facilitys roof.

Located at 2227 San Pablo Ave., the facility is just one exit from the Mac Arthur Maze, which is the intersection of several highways. The building has excellent visibility just off highway I-980, which has a daily traffic count of more than 200,000 vehicles per day. Oakland, with a population of approximately 400,000, is in Alameda County, the sixth most populous county in the state.

Beacon had been in and out of escrow in previous years and was bank-owned at the time of sale. Carl Touhey of Performance Self Storage Group Inc. brokered the transaction.

Touhey and Jason Jay Allen, co-owners of Performance, have more than 30 years of combined self-storage experience. They offer industry brokerage, marketing and consulting services to facility owners and investors nationwide.