Ramona S. Taylor, founder and president of Space Control Systems Inc., one of the self-storage industry’s first management-software companies, passed away unexpectedly on July 16. She was 74.

Ramona S. Taylor, founder and president of Space Control Systems Inc., one of the self-storage industry’s first management-software companies, passed away unexpectedly on July 16. She was 74. 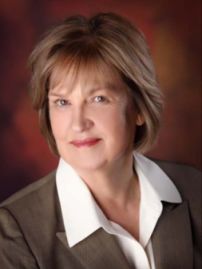 A Nevada City, Calif., resident, Taylor launched Space Control in 1984 with Larry Winnerman, then the owner of 16 storage facilities. Winneman had been unable to find useful and effective software to manage his business, according to a Space Control press release. With his experience in the self-storage industry and Taylor’s background as a software programmer, the pair built their own program.

The duo contacted 100 storage owners to determine the most important consideration for self-storage management software. The one that was most often mentioned was control for absentee owners. Because of this, the word “control” was incorporated into the company name. Many of the features in today’s management-software packages were originated by Space Control, the release stated.

Space Control relocated to Walnut Creek, Calif., in 1988, and Taylor became the sole owner in 1990. The company offers two management-software programs for the self-storage industry: Insight and Onsite.

In the early 1960s, Taylor was employed by the U.S. Coast Guard and stationed in Washington, D.C. She was later promoted to secretary to General Paul Tibbets, pilot of the Enola Gay, a Boeing B-29 Superfortress bomber. Taylor’s launched her computer-programming career in the 1980s after taking courses at Diablo Valley Community College in Pleasant Hill, Calif.

Though Taylor’s passing was unexpected, succession plans were in place. Kevin Taylor joined the family business in 1993 and has served as vice president for the past 16 years. Having served in various capacities in the company, he brings experienced leadership with firsthand knowledge of all aspects of the company, according to the release.

Commemorations can be made at www.yosemiteconservancy.org/honor-someone-special.

Education Leads to Business Edification: Should You Outsource Training for Your Self-Storage Staff?
Nov 25, 2021