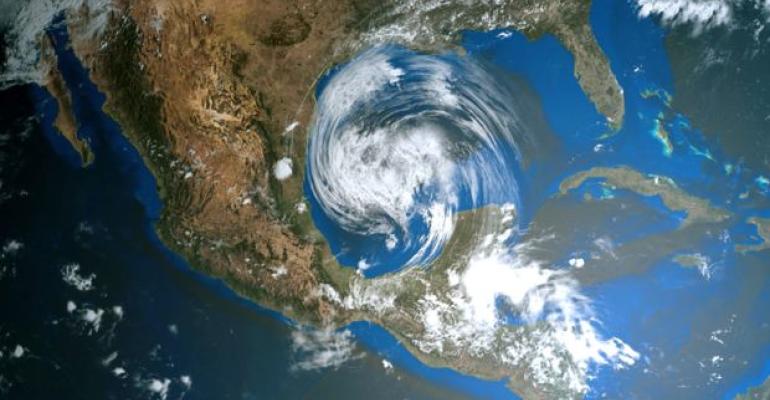 The devastation of Hurricane Harvey is widespread. Here’s an overview of how some self-storage operators have been impacted, how industry-related businesses are offering aid and other assistance, and some resources for those wishing to contribute to ongoing fundraising and relief efforts.

The impact of natural and man-made disasters isn’t new to the self-storage industry. Through fires, earthquakes, tornadoes, hurricanes and other catastrophic events, storage facilities are often inflicted with damage to property including units harboring tenant belongings. Facility managers must mobilize quickly on insurance procedures for business losses, communicate clearly with customers on the status of their property as well as operational issues, and skillfully handle messaging with the media.

At the same time, self-storage operators unaffected by the impact of large catastrophic events regularly jump to assist communities restore order, conducting drives for supplies, offering free use of storage units for 30 days or more, and other relief efforts. Because small-scale disasters occur all too regularly, these have collectively become a dutiful routine for the industry.

Occasionally, though, we’re shaken by a massive event that demands global attention. Hurricane Harvey is one of those. It’s not often a storm system makes landfall three times. Harvey has done just that, once as a Category 4 hurricane and twice as a tropical storm. The storm has caused widespread flooding and damage throughout Southeast Texas, with some areas receiving more than 50 inches of rain. The weather system has dumped an estimated 24.5 trillion gallons of water across Louisiana and Texas, killing at least 31 people and causing thousands to evacuate. Nearly 94,000 homes have been damaged or destroyed, with 33,800 residents registered in Texas shelters—numbers that are likely to continue to rise. In all, 364,000 people had registered for assistance from the Federal Emergency Management Agency (FEMA) as of this morning. ABC News has an excellent “By the Numbers” synopsis of Harvey’s devastation and continues to update the page.

Following is an overview of how some self-storage operators have been impacted, how industry-related businesses are offering aid and other assistance, and some resources for those wishing to contribute to ongoing fundraising and relief efforts. The situation remains fluid, so please feel free to let us know about other storage-related businesses impacted by the storm as well as other industry-related relief activities in the comments section below this blog.

On Monday, Public Storage announced temporary closures of 115 properties in Houston and surrounding areas. To understand the scope of this safety precaution, consider that only 11 U.S.-based operators that will be unveiled in our forthcoming 2017 Top-Operators List own 115 or more self-storage facilities. Those closures accounted for 8.4 million net rentable square feet and more than 77,500 units in the region.

“Our thoughts go out to all of the communities and people who have been affected by Hurricane Harvey,” Joseph D. Russell Jr., president of Public Storage, said in released statement. “We are especially mindful of the safety of our customers and employees. I am extremely grateful for the extraordinary efforts by the Public Storage team members on the ground working to quickly restore service to our customers.”

As of Wednesday, 101 of those facilities had reopened for business. The remaining 14 remain closed for safety considerations, according to company officials.

Extra Space Storage announced yesterday that 30 of its facilities comprising 2.6 million net rentable square feet and 20,000 units had reopened in the Houston metro area. Four properties totaling 375,000 net rentable square feet and 2,500 units remain closed. “Conditions at the four closed properties are being evaluated for safety and accessibility, and will be opened as soon as they are safe and operable,” company officials said in a press release. “A rent credit will be made immediately to the accounts of each of our Houston customers for the time that stores have been closed.”

In the wake of the storm, Move It Self Storage announced it had closed its facilities in the Houston area. “Our thoughts and prayers are with the families in Texas that have been affected by Hurricane Harvey,” officials posted on the company website. “The safety of our customers and employees is our first priority during this event, and we do not want to resume operations in the Houston area until it is safe to do so.”

A new statement this morning indicates all Move It locations in storm-affected areas have reopened.

Elsewhere, RV, Boat & Mini Storage in Katy, Texas, sustained significant damage from a tornado. The facility’s office was completely destroyed, and some vehicles stored inside units were also damaged. Our coverage of the incident can be read here. A Rockport, Texas, boat-storage facility also received heavy storm damage, as evidenced by the third image in this photo roundup from MLive.com.

Several self-storage operators and vendors have acted quickly to offer assistance to storm victims. Among those are Lockaway Storage, Metro Storage and U-Haul International. All three have designated facilities to provide at least 30 days of free self-storage, as well as other services, to those affected.

Lockaway is offering 30 days of free storage to storm victims at 29 of its facilities in the San Antonio metro area. The operator has also partnered with UNITS Moving and Portable Storage to provide free use of mobile-storage units.

Six Metro Storage facilities in the Houston area are offering two months of free storage to victims. "People that have damage and are beginning the recovery and cleanup process are looking for a safe, dry place to store their belongings," said Blair Nagel, CEO of Metro Storage. "We're fortunate to be in a position where we can offer assistance to residents in this time of need."

Prior to Harvey making landfall along the Gulf Coast, six U-Haul companies announced that 41 facilities across eight Texas cities would offer a month of free storage to those affected. As Harvey was downgraded to a tropical storm but veered toward Louisiana earlier this week, the U-Haul Cos. of Northern Louisiana and Southern Louisiana announced 12 facilities in nine cities across the state would also offer 30 days of free storage to residents impacted by the storm.

In addition to providing self-storage, participating U-Haul facilities are also offering supplies to help with storm recovery, including boxes, tarps, propane and propane tanks. U-Haul is an official American Red Cross Disaster Responder, according to a press release.

You can read full coverage of these operator efforts, including a list of cities where participating facilities are located, in this story posted yesterday.

As part of yesterday’s announcement, Extra Space indicated it will offer a free first month of rent on new leases signed in September at its Greater Houston facilities. The real estate investment trust is also providing other assistance for those displaced by the storm, according to the release. "Our hearts go out to the millions of people in Houston as they move forward from this tragic event," said Joe Margolis, CEO of Extra Space. "While we know it is a long road ahead, we hope we can play a small part in helping our employees and customers solve a problem and get to a better tomorrow."

Missouri-based StorageMart has launched a donation-matching program to raise $50,000 in support of the American Red Cross. The company has pledged to raise $25,000 in disaster-relief funds and will match donations dollar-for-dollar up to $25,000. Through the Red Cross, 91 cents of every dollar donated is invested in humanitarian services and programs, according to a blog post on the StorageMart website.

SpareFoot is also offering to pay for a month of storage to anyone affected by Harvey by issuing gift cards from Amazon.com as reimbursement. More information on how victims can take advantage of the offer is in this blog post. The company has also made finding self-storage operators offering free move-ins to hurricane victims easy through its online platform by designating those listings in green among user search results.

MediaPost published a good synopsis earlier this week on some other efforts being coordinated by corporations outside of self-storage. You might find some inspiration on how to incentivize others to contribute through the structure of their programs.

There are numerous avenues to find sources through which you can find information on emergency services and organizations working to provide aid to victims. On Wednesday, the national Self Storage Association issued a statement from Tim Dietz, president, which reads in part: “The self-storage community throughout the United States offers our support to the citizens and businesses of Texas and Louisiana. The national Self Storage Association has been in regular contact with the leadership of the Texas Self Storage Association (TSSA), and together we have chosen to share a unified message and resources with our respective members. We encourage all property owners and suppliers to visit the TSSA flood-disaster relief page.”

The Web page offers resources on flood and disaster management, including advice from industry peers, legal articles and more.

Our Self-Storage Talk community has been discussing the effects of the hurricane, which prompted a conversation about flood insurance. Feel free to join in and offer insight to other operators in areas impacted by the storm.

The federal government has a website dedicated to emergency preparedness, including flooding and hurricanes. FEMA also has an online resource page dedicated to Hurricane Harvey that includes safety tips, emergency phone numbers, reporting portals and information on how to apply for federal assistance.

Preparedness is critical for all self-storage operations. ISS and Tenant Property Protection recently released a case-study whitepaper that examines how tenant losses were covered after a fire at Money Saver Mini-Storage in Portland, Ore., destroyed 313 units. It provides an overview of what happened and how claims were handled.

During this year’s Inside Self-Storage World Expo, Carol Mixon-Krendl, owner of Skilcheck Services Inc., presented an education session on helping storage managers prepare for emergencies. The session is available for purchase through the ISS Store in DVD and on-demand video formats.

For those looking to make donations, NPR took a look at why cash is important during relief efforts and also has posted an excellent list of reputable organizations working to make a difference for storm victims.

For continued ISS coverage on Harvey and other catastrophic events that affect the storage industry, please visit our Natural/Man-Made Disasters and Charity/Fundraising topics pages.

The impact of Harvey is a stark reminder of the power of Mother Nature. If there’s anything heartening about the devastation from the storm, the aftermath has demonstrated how citizens can overcome petty differences and work together in a common cause for the greater good. On behalf of the ISS team, we send our heartfelt thoughts to those affected and encourage everyone to join recovery efforts however they can.

‘Tis the Season of Giving … and Theft? Staying Vigilant to Protect Your Self-Storage Business
Nov 26, 2021
OSHA Temporarily Halts Pandemic-Related Requirements for Companies With 100-Plus Employees
Nov 23, 2021

ID, Please! Getting Identification Before Taking Your Self-Storage Prospect on a Facility Tour
Nov 09, 2021