Taxes that Affect Your Self-Storage Business: Is Your Expense a Repair or an Improvement? 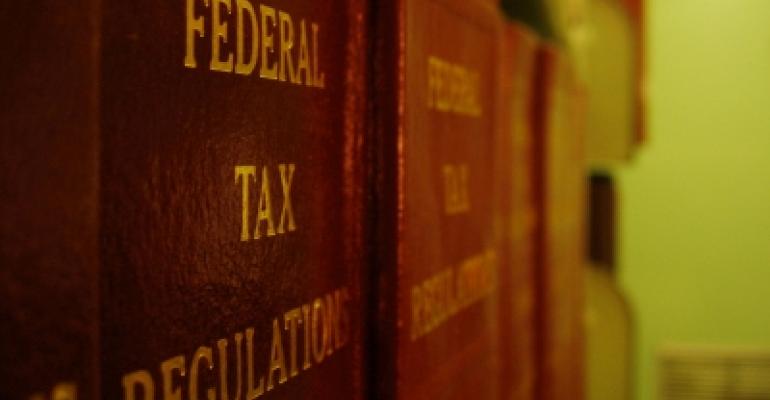 Self-storage operators know curb appeal is essential to attracting new customers and retaining existing ones. Unfortunately, many overlook the tax impact of facility repairs and improvementsand pay a price no general contractors estimate will ever include. Operators can avoid this mistake by familiarizing themselves with the major tax issues involved when sprucing up a facility.

Savvy self-storage operators know curb appeal is essential for helping attract new customers and retaining existing ones. Of course, maintaining curb appeal means keeping up with repairs and undertaking renovations. As they say, youve got to spend money to make money. Unfortunately, many operators overlook the tax impact of facility repairs and improvementsand pay a price no general contractors estimate will ever include. Avoid that mistake by familiarizing yourself with the major tax issues involved when you spruce up your facility.

The Overwhelming Question: Is It a Repair or an Improvement?

Last year, the IRS attempted to clarify the characterization of a repair vs. an improvement by releasing the repair regulations. These regulations apply to tax years after 2011 and affect virtually every business taxpayerwith no exceptions for self-storage operators.

Historically, a simple repair to a capital asset, such as a building or a climate-control system, was considered a business expense. This meant the cost was fully deductible in the year it was incurred.

In contrast, an improvement to such an asset was deemed a capital expenditure. The entire cost of an improvement could not be deducted in the year it was incurred. Instead, the property was depreciated over a specified number of years, and your business was able to deduct only a portion of the cost each year.

Distinguishing between a repair and an improvement has always been tricky. As is often the case in tax law, the interests of the taxpayer and the IRS stand in direct conflict. You want to reduce taxes owed by as much as legally possible; the IRS wants to collect as much tax as possible from each and every taxpayer. In matters of physical repairs or improvement, classification determines whether the IRS or the taxpayer has the upper hand.

Its to your advantage to classify physical work as a business expense to generate large deductions that, in turn, reduce taxable income. However, the IRS wants to characterize the work on your facility as a capital expense, with deductions for depreciation spread out over a large number of years.

Put simply, the new regulations confirm that everything thats not a repair is an improvement, and the cost of improvements must be capitalized. Improvements comprise three distinct categories: betterments, restorations and adaptations. Just as the names imply:

For existing facilities in reasonably good condition, the tax treatment is a matter of distinguishing repairs from betterments. A yes answer to any of the following questions points to a betterment, not a repair.

You must answer these questions based on all the facts and circumstances, including why the expenditure was made, what actual work was done, how the work affected the property and how the expense is treated on financial statements.

What Is a Unit of Property and Why Should You Care?

IRS regulations require you to evaluate whether an expense is a repair or improvement with respect to a specific unit of property (UoP). As you might expect, the IRSs notion of a UoP differs drastically from the average self-storage operators.

This may sound like esoteric tax code nit-picking applicable only to a small subset of businesses, but UofP plays a large role in determining your repair or improvement tax treatment. It all relates to the test of the significance (material impact) of the expenditure on the property. Youll want the UoP to be as large as possible because its harder for expenditures to have a material impact on the property. Thus, its more likely an expenditure will be considered a repair rather than an improvement.

Heres an example: Karls Self Storage has three large, illuminated signs on the property. Karl upgrades the lighting system on one sign to be more visible and energy efficient. If all the signs are considered a single UoP, its easier to claim this wasnt a material increase in efficiency and quality. In contrast, if each sign is a separate UoP, its far more likely the upgrade to the one sign will materially increase its efficiency and quality. Unfortunately, the latter is most likely to be the case.

For purposes of determining whether an expense is a repair or an improvement, each of the numerous systems within your building is considered a separate UoP. Therefore, a building is composed of the following UoPs:

This division becomes critically important when money is spent on building upkeep. Here are two  examples to consider. Deborah owns a three-story, climate-controlled storage facility. The facilitys HVAC system contains three separate cooling units. She replaced the compressor and pump on one of the units. Deborah considered her entire facility as a single unit of property and her costs a repair.

However, after checking the repair regulations, shes not so certain. According to the IRS, the HVAC system is a separate UoP. Now, Deborah thinks the expenditure looks much more like a capital improvement. The determination will rest on whether the action was taken to cure a material defect or it resulted in a material improvement to the capacity, productivity, output, efficiency, strength or quality of the system. In many cases, the material-improvement test can work in your favor by allowing you to deduct expenses that previously would have been capitalized.

Now consider this example: Carlos replaced all the shingles on his self-storage facility roof with shingles of the same quality as the old ones. According to the IRS, even though all the shingles were replaced, the cost is a repair, not a capital improvement, because there wasnt a material increase in quality. Carlos can deduct the full amount in 2012.

If Carlos had upgraded the quality of his roof, even by using significantly better shingles, the expense would have been classified as an improvement, meaning he would have to depreciate the cost over a 39-year period.

While the regulations bring some (small) measure of clarity to the repair vs. improvement determination, they also require nearly all taxpayers to file accounting-method changes. If you previously deducted costs considered improvements, under the regulations you must file an accounting-method change to capitalize the previously deducted repair costs.

In plain English, that means there will be an adjustment (called a Section 481(a) adjustment) to take into account the difference between the amount claimed as a repair-expense deduction and the amount of depreciation allowed if costs had been capitalized.

The new rules may, however, work to your advantage. If you had previously capitalized costs that are now deductible repairs under the new standards, youll file a change of accounting method to write off the costs that had been improperly capitalized.

Assume Carlos from the previous example replaced his roof in 2008 and capitalized the expense. Under the old rules, Carlos would have continued to depreciate the remaining value of the old roof over what remained of the 39-year period. At the same time, he would depreciate the new roofs cost over an overlapping 39-year period.

Under the new rules, the replacement is a repair. Thus, Carlos must file a change of accounting method to claim a loss for the old roof based on the value in the year it was replaced. He will claim a significant loss, reducing his tax liability in the year of the change.

Leave It to the Professionals

These explanations and examples highlight only some of the issues surrounding expenses related to property upkeep and improvements. Expert advice is required. A tax professional is in the best position to unravel the tangled web of regulations and provide advice on the timing and structure of expenditures based on your businesss specific facts and circumstances.

In addition, several safe harborsprovisions of statutes or regulations designed to reduce a partys liability under the lawhelp ensure an expense is deductible as a repair. But the rules are complex, and professional advice will help ensure they are met. Consulting with your tax advisor when you plan your projects will guarantee the best tax savings.

Sponsored Content
From Worn Out and Dated to Modern Money-Maker: A Self-Storage Renovation Case Study
Nov 01, 2021

The Benefits of Self-Storage Facility Renovation and Projects to Consider
Oct 26, 2021

Property TLC: Renovation Resources to Help You Spruce Up Your Self-Storage Site
Sep 10, 2021