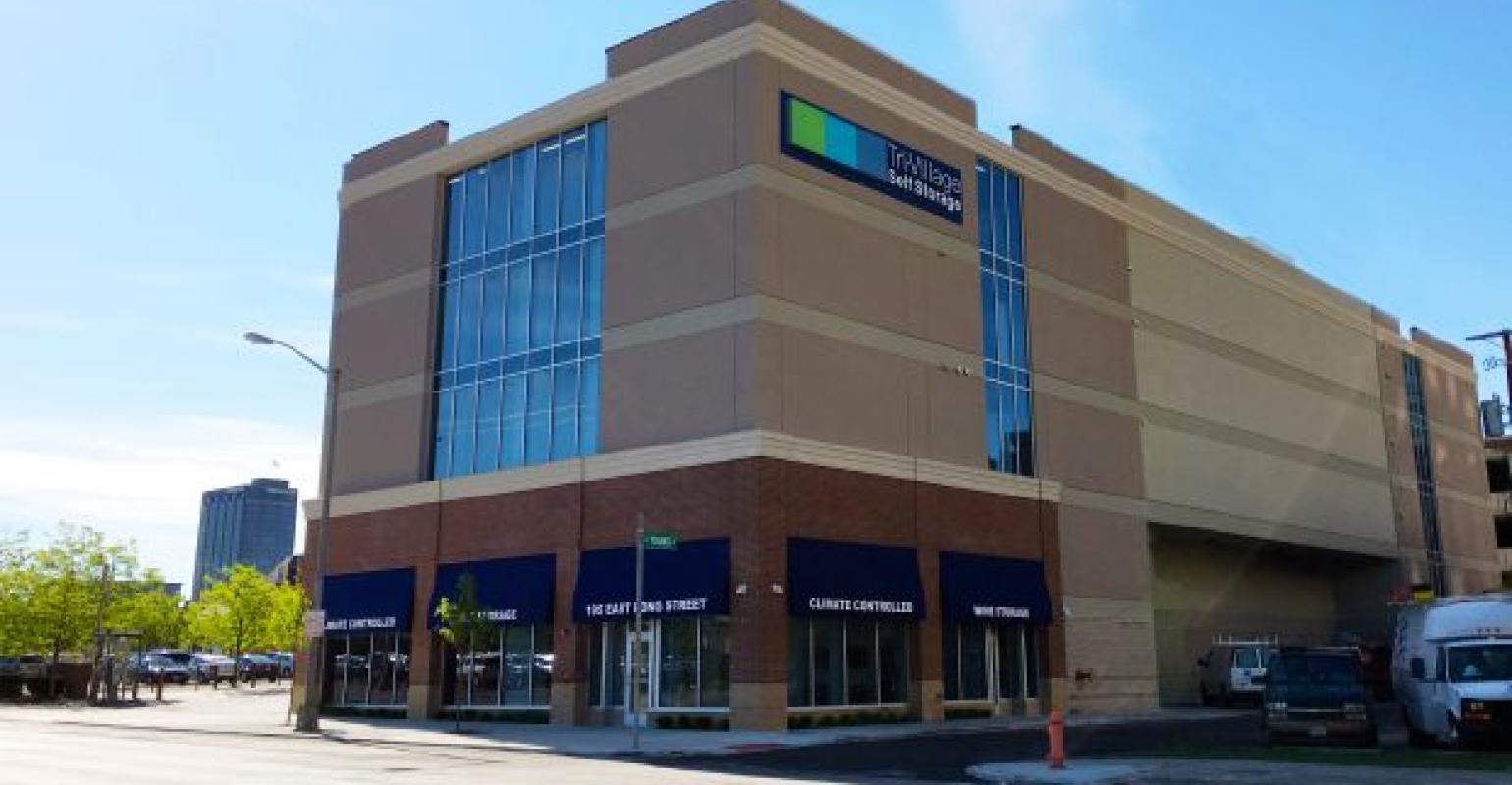 As self-storage continues to permeate infill markets, many developers are designing multi-story properties to take advantage of small building footprints. In this case study, representatives of Tri-Village Self Storage share the challenges of building upward in Downtown Columbus, Ohio.

Demand for self-storage is growing, and storage properties are growing up! Tri-Village Self Storage elevated the downtown Columbus, Ohio, market—literally and figuratively—when it opened the first phase of its six-story facility in 2015. Here’s the story behind the development of this multi-story, state-of-the-art project.

Though it had real potential, this untapped market came with many obstacles. Downtown Columbus has limited space for new construction. The tract for this new property was among occupied structures and three busy city streets, which made it complex to build.

“We knew building a downtown project was going to present many challenges, from staging material to erecting the structure and underground utilities,” says Joseph Beatty, vice president of Tri-Village, which operates another storage facility in Columbus and has five other projects in the development phase. “The project consists of an existing 0.282-acre surface parking lot with the building designed from property line to property line, with no room for error.”

Brexton LLC, the commercial real estate development and construction firm that built the project, negotiated a lease with a neighbor for staging and storing the building materials on its parking lot. “In addition to the 12-month lease, we agreed to replace the entire asphalt lot and concrete approach to the lot upon completion,” Beatty says. This was a win-win scenario, as it allowed Brexton to erect a large portion of the storage facility from the adjacent lot. 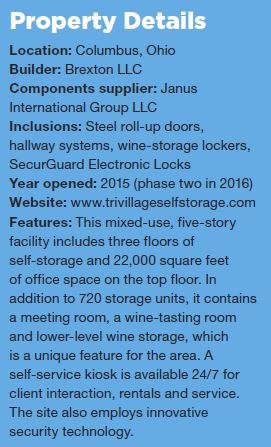 Obtaining permits, on the other hand, was more problematic. “The building official was ready to release our permit, but the division of public service was concerned about traffic on one of the side streets,” Beatty says. “The concern was excess vehicle weight, so they refused to release their approval without us taking core samples of the street to assure proper pavement depth. The cores ultimately provided more than sufficient depth.”

Shortly after site demolition, while preparing to install the shoring for the lower-level construction, Brexton discovered that a high-pressure gas line was five feet closer to the building than originally expected. This miscalculation required the team to redesign to a smaller amenity.

In addition, construction crews worked through history-making rainfall, as it rained 29 of 30 days in June. Three temporary, six-inch pumps had to be installed to remove the rainwater from the facility’s lower level before they could place the concrete mat foundation.

Finally, the crews were required to provide daily communication about the project’s status. “Along with daily activity logs, we recorded nearly 3,500 still photographs and 30 hours of drone video to communicate progress daily to the owner and lender,” Beatty says.

The downtown commission played a role when it came to the building’s aesthetics. The structure needed to look like an office building, with ample windows. “The market’s changed. Storage is now in industrial places and flood zones, and is now leaning toward the more upscale,” says George Harvey, facility manager. “We took it to a whole new level at our downtown location, and that high standard is really the expectation.”

Columbus also happens to be in a growth stage, with an abundance of large apartment and condo complexes. One of the overall goals of the project was to deliver a safe, well-lit, highly automated, secure location, Harvey says. “Price is the last thing that our tenants who move in here are worried about. When they walk in, they’re absolutely in awe. They know this isn’t your standard self-storage place.”

Inside the spacious structure, behind the welcoming office area, are solutions to maximize the upscale downtown demographics. At the basement level, the facility offers a sophisticated 2,500-square-foot wine-storage area. At street-level, a nicely appointed wine-tasting room serves members of the Tri-Village Wine Club.

“To add the wine storage and wine-tasting room, it was to match the market expectations,” Harvey says. Features include a wine-storage system in high-gloss white finish. To accommodate tenants’ needs, a variety of unit sizes were incorporated, including walk-in units as well as full, half-size one-third lockers. The company plans to add more full sizes to the unit mix soon.

The design team incorporated a diverse unit mix throughout the rest of the facility as well. The property contains 27 unit sizes ranging from 20 to 600 square feet. Some of the larger units have two doors and no center panels, allowing customers to access from either side. The design also enables the facility to transform one large unit into two smaller ones.

“At first, we built out half of the facility, as we were unsure of the unit mix,” Harvey says. “We thought the public would need more smaller units, but we needed more larger units like 10-by-20s and 10-by-15s. Phase two included all large units. It was a good strategy.” 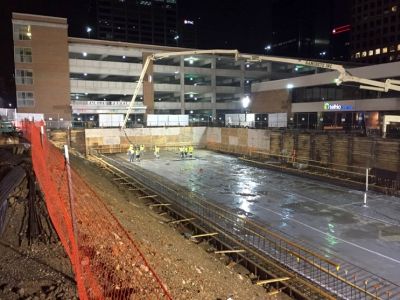 Tri-Village installed electronic locks and a key-fob system for added security. The technology provides interior access control to individual units, unlocking a tenant’s unit door when he swipes his fob at the keypad or building entrance. “Once the exterior lock is removed, the units are easily accessed,” Beatty explains. “Then, when a unit is closed, the electronic lock engages and the unit can be locked with an exterior lock for additional security.” The electronic lock can also be disarmed via a smartphone app. 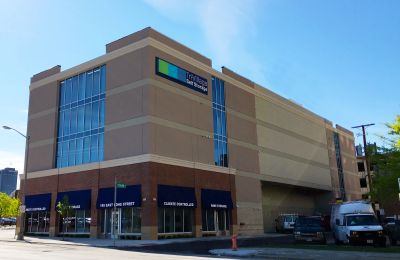 The key fobs are also used to restrict access to specific floors. “This high-tech key-fob system helps prevent people from accessing the wrong floor to keep all units safe and secure,” Beatty says.

With population increasing and limited real estate for new construction, Tri-Village was able to bring a new level of self-storage sophistication to its market. “We’ve learned from others’ mistakes, or we’ll look and see what other industries are doing. If you trap yourself in what everyone else is doing in self-storage, you’re not going to change anything,” Beatty says.