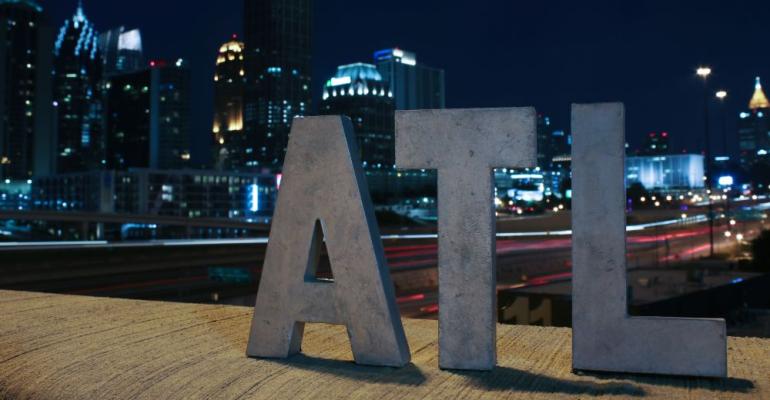 The Greater Atlanta self-storage market has been hit hard with overbuilding and price wars, according to a recent analysis. Despite cyclical instability, however, there’s room for optimism. Discover why.

Though it may take a few years for self-storage prices to stabilize in the Greater Atlanta area due to recent overbuilding as well as rate declines caused by a small price war that occurred during the early stages of the coronavirus outbreak, the market is expected to rebound nicely. In fact, industry experts remain bullish on the region for the long term, predicting that the population and economy will grow, thus spurring more industry demand.

The reasons for optimism are the same factors that caused Atlanta’s current predicament. It’s a hot metropolitan area that self-storage operators and developers want to mine to its fullest. In the last three years, the market has seen a 14 percent increase in supply, bringing it to about 41 million square feet, according to Radius+, a company that specializes in self-storage data, analytics and location intelligence.

Not surprisingly, the supply spike has led to price pressures, causing rates for 10-by-10, climate-controlled units to fall last winter from $130 to around $115, before COVID-19 hit. The outbreak and subsequent economic downturn have since knocked another $5 to $10 off individual unit rentals in the Atlanta market, data suggests.

“It was a double whammy,” says Calvin Byrd, chief financial officer for Byrd’s Mini Storage in Dawsonville, Ga., about an hour north of Atlanta. “Some areas of the region have been harder hit than others.”

The oversupply issue tends to be limited to certain parts of the market. For example, a handful of new self-storage facilities have popped up near one of Byrd’s 12 locations, forcing prices down. Also noteworthy is the new arrivals aren’t connected to the national real estate investment trusts, but rather local competitors/investors trying to take advantage of the industry’s popularity.

“Most of them are first-time builders,” says Byrd, who’s also president of the Georgia Self Storage Association (GSSA). “They’re attracted to the [industry’s] positive vibes and low interest rates.”

Raj Sheth, CEO and founder of Boardwalk Storage, which operates eight facilities in Georgia, agrees that oversupply issues and subsequent price pressures depend on where operators are located. In the Cumming local market, just north of Atlanta, five new self-storage facilities have opened over the last four years alone, driving down monthly rates from as high as $160 to as low as $70. “And that’s just one example,” says Sheth. “It’s all tied to overbuilding. It’s a pattern you see in other cities. In some ways, it’s a bit like the oil industry, where the prices get to a certain high point, then the frackers come out. The same thing happens in self-storage.”

Another notable aspect to Atlanta is its penetration rate is outpacing the national average, 7 square feet per capita to 5.8, according to Radius+. Brooks Lumpkin, owner of Southeast Storage, says the region’s self-storage developers and owners just have to accept that there’s a cycle to the market. As Atlanta’s population grows and self-storage demand rises, developers start building until prices start to deflate. Activity retreats until prices stabilize, and then the building starts all over again.

“You have to assume that more supply will be coming at some point,” says Lumpkin, whose company owns two facilities in the Atlanta area. “You have to be strategic when [you build or buy facilities] and just be prepared for new competition.”

As of now, the Atlanta metro population is expected to grow at an annual rate of 2 percent to 3 percent, with each percentage point equaling about 70,000 people. That means a lot more demand is on the way, assuming population and economic trends continue, notes Lumpkin, who’s a GSSA board member.

Though it will take a while for all the new self-storage supply to fill, population and consumer demand are also expected to grow, which should continue to strengthen the market. “I expect long-term positive growth,” says Lumpkin. “It’s an attractive industry in an attractive market.”

The Formula for Self-Storage Success in Latin America: Insight From Mega Storage
Oct 01, 2022