The Recession Is Coming! Get Insider Advice on How to Prepare Your Self-Storage Business 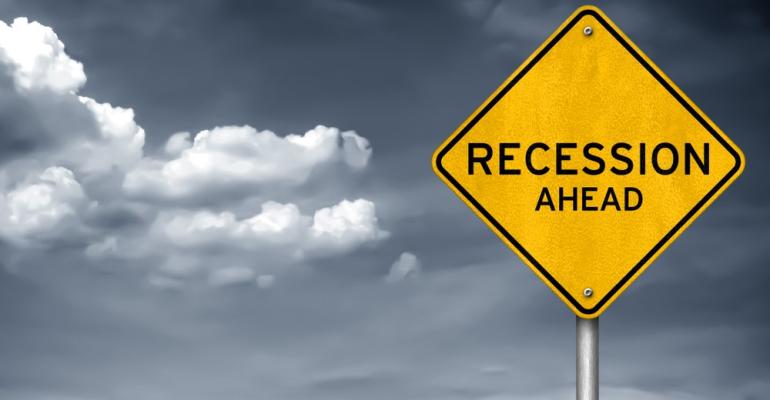 Self-storage may be one of the “safer” real estate sectors during an economic downturn, but that doesn’t guarantee business survival. Read lessons learned by industry insiders during the last recession and advice on how to prepare for the next one.

During the last recession, from 2008 to 2010, nearly 1.4 million small businesses shuttered their doors, according to the U.S. Small Business Administration. In the real estate sector, self-storage fared quite well thanks to the recession-resistant nature of the industry. In fact, while the National Association of Real Estate Investment Trusts “All Equity Index” lost almost 40 percent across all sectors in 2008, self-storage REITs returned 5 percent including dividends.

Keep in mind, though, that while self-storage may be one of the “safer” sectors during an economic downturn, survival isn’t guaranteed. Many good owners, operators, developers and other professionals have exited the business during declines, and not by choice. For those fortunate to remain in the game, there are valuable lessons to be learned to help prepare for the next recession, which is long overdue.

Trying to forecast when the downturn will begin is difficult. There’s no limit to the theories, statistics and predictions. For example, a June 2019 survey from the National Association for Business Economics put the risks of a recession beginning before the end of 2020 at 60 percent. In a recent Fortune 500 poll, most CEOs indicated they expect a recession to begin by the end of 2019 or sometime next year, with another third bracing for one in 2021.

In any case, a recessions is coming. It’s an inevitable correction. To gather prevailing thoughts, I reached out to a few esteemed colleagues who have ridden through the ups and downs of the last two economic cycles, asking them about lessons learned and how to prepare for the next downturn. Here’s what they had to say.

The last recession was driven by the sub-prime mortgage crisis, which caused the residential real estate bubble to burst and consumer debt to cross the tipping point. The next downcycle could also be driven by a real estate and apartment-rental pricing bubble. Consumer debt is again at a tipping point, but the recession could also be triggered by student-debt buildup, chaotic effects from international tariff policies, or energy-price increases from disruptions in oil and gas producing parts of the world. Combine all that with the increased use of automation in our economy, which could lead to more people being ushered from their jobs than the economy can handle.

With or without a recession, the oversupply of self-storage in some markets may disrupt rental rates for up to 10 years. Consider, too, that the rise of insurance-related payouts has stressed the reserves of insurance companies whose investments drive much of the economy.

Strategy. Don’t race to the bottom. Maintain your current rental rates, and continue to institute rent increases. If you need to make concessions to get rentals, use promotions like “first month free” or “free use of moving truck with move-in.” Spend more time than ever on curb appeal and site cleanliness, including bathrooms. Engage in more local guerrilla marketing.

Safeguards. In preparation for the next recession, here are some items self-storage operators should put into place now:

Pro tip. Again, don’t drop rates to get new renters! It takes a very long time to recover rate power. Some operators who dropped rates in 2008 and 2009 didn’t recover them until 2015 and as late as 2017. This time, we need to add in an oversupply facet, which is why it could take 10 years to recover. It’s better to lose money for a while and be able to recover rates quickly than to cut rates and then struggle. Cutting rates also kills your pro formas if you want to sell.

Something to consider is the fact that self-storage usually does relatively well during a downturn. As we look at history, it isn’t recession-proof, but it is recession-resistant. Even during the Great Recession, occupancies (national average) dropped to just under 76 percent, and delinquencies were very low.

Loan covenants. Owners should review their loans to see what type of financial covenants they may have. I’ve spoken with several who had covenants tied to their LTV. Many had property values drop, which put them in violation of those covenants. Even though they were making payments and business was fine, they were at risk of foreclosure. One gentleman I spoke with had to come up with $1 million to get his LTV back in line so he wouldn’t lose his facility. If you have this type of covenant, which isn’t uncommon, be prepared in case something similar happens.

Refinancing. If you have good cash-flowing properties and plan to hold them long term, consider putting your debt into a long-term, fixed-rate loan. If the loan comes due during a recession, it could be harder to refinance in a high-rate, low-LTV environment. If you find yourself in this fix, you may need to go the route of SBA financing with a guarantee to get the refinance.

Pro tip. Facility operators should consider going unmanned or using virtual management. If you have employees, this could help lower operating expenses; but of course, each facility, location and situation is different. I also suggest operators put as many tenants as possible on autopay to prevent delinquencies.

In self-storage construction, the first step in preparing for a potential economic slowdown is to focus on the market. Understanding the market and its fundamentals will help you assess the potential impact and time required to recover.

The next step is to secure a firm for the design and construction of the site to ensure your team is able to manage any risks associated with recession. These include the financial stability of the general contractor (GC), subcontractors and suppliers. Though you may not bond the project, it’s important to make sure your prime GC is bondable. This is a measure of the financial stability of the company and increases the likelihood of a successfully completed project. Also, ensure your GC is collecting appropriate documentation from subcontractors and suppliers, such as partial and full-lien releases.

Pro tip. During the last recession, some owners were surprised to learn that though they paid the GC, the subcontractors weren’t paid, which led to liens against on the property. This delayed projects with costly legal issues. So, look at the experience and history of the firm you hire. How did it navigate the last recession? Was it able to complete projects on time without major issues? When facing a recession, it’s best to focus on project fundamentals to ensure success.

I’m in full agreement with everything stated above. Note that several statements echoed the same sentiments, though no one had prior knowledge of what the others had said.

My company has been preparing for the next recession for the last seven years. This includes keeping our loans to a minimum, carrying lower LTVs and being mindful of when rates may adjust. Since 2012, each project we’ve commenced has had a clear exit strategy or refinance date that coincides with projections for the next correction as well as the approximate interest-rate and capitalization-rate environment in which we may find ourselves. We’ve also been amassing a war chest of cash and have significantly increased our private-equity network to actively participate in the types of opportunities that are created during a downturn.

There are many newcomers to self-storage since the last recession. They’ve enjoyed the huge wind in our sail from one of the strongest bull markets in our nation’s history, along with the market gifts that have been given along the way. Don’t take the likelihood of a coming recession lightly. Be prepared. Turn each of these lessons and suggestions into action items for your business to stay the course in the months to come.

To quote Mike Tyson, “Everybody has a plan until they get punched in the face!” In life and in business, it’s all about Plan B. If you don’t have a plan, the market will create one for you.