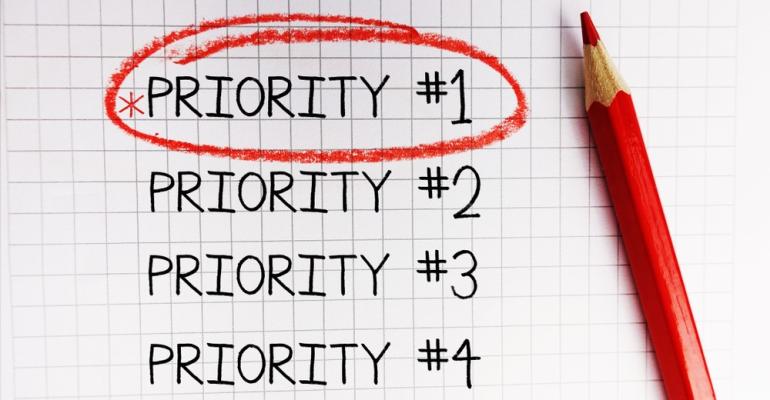 Being a small self-storage operator has its challenges, but you can excel even against larger competitors if you focus on your MIT. The author (an owner himself) shares what that is and how it keeps him focused on success.

If asked, most Americans would likely say MIT is an elite university in the Northeast, formally known as the Massachusetts Institute of Technology. But the MIT that governs my everyday outlook and purpose is something else: most important task. For me, as the owner of a small self-storage operation, it’s renting units. If I’m doing that, I know my business will be OK.

If you’re an independent facility operator like me, you need to know your MIT and make it your primary focus. Here’s why.

The modern world is full of them. People spend all their time on their phones now. It’s a little repulsive. When I grew up, a phone was only a phone, and it hung on the wall. Though my smartphone allows me to send e-mails, conduct banking, make calls and more, it’s also a distraction. It sometimes keeps me from being productive and renting units. Sure, I may pick it up to accomplish a specific task, but then I’m also wading through social media, news updates and everything else.

For a small self-storage owner, there are many business issues that require constant attention like calculating payroll taxes, conducting staff training, paying bills and picking up trash. Yes, these items must get done, but I don’t have to be the one doing them.

Your MIT should be the one thing that truly drives success for your business. For me, it’s renting units. When I find myself struggling to focus on that, I know I need to review my schedule and delegate the things that take time away from it. I can hire out things like accounting, facility maintenance and lawncare, but nobody will focus on renting units like I will.

About four years ago, my wife and I bought two self-storage facilities within an hour of our home. We initially hired a lawncare firm to provide weekly mowing and weed-eating services, but it cost about $200 per week. For a variety of reasons, I decided to “make” $800 per month by doing those things myself.

At first, I thought this was a brilliant idea, but I really don’t enjoy mowing. Like most chores, it never ends. As soon as you’re done, you’re already thinking about the next time. With lawncare, you have to be flexible around weather and other factors and be organized. I’m neither of those things.

Want to guess how many times I loaded the mower onto the trailer, drove an hour to the sites and discovered I’d left the weed-eater at home? How about the amount of abuse I put my mower through with all that time bouncing down the road, or how poor the lawns looked as a result of me mowing only when I had time rather than on a fixed schedule?

I’d never consider $800 to be insignificant, but that was the worst $800 per month I ever made. I was frustrated because the facilities didn’t look great and I was stretched for time. Worse, I lost focus on my MIT. Lesson learned: We should do the work that best matches our skillset.

Several years ago, a friend asked me to attend an important meeting with him. He was thinking about investing in a new small-town diner. He knew I had a background in lending and wanted my perspective.

The presentation was detailed. The owner showed us how many people would be hired for various positions. We saw the color scheme, menu designs and how much would be invested in décor. What we didn’t see was the role he himself planned to play. I asked him what he’d be doing to add value to the business.

I told my friend to stay away from the investment, and to this day, he still buys me the occasional lunch to thank me, because the diner closed in less than six months. That owner had failed to identify and focus on his MIT.

Don’t let that happen in your self-storage operation. Know your MIT, keep it in sight and know how you bring value to your business. If you do that, everything else will be OK.

Gary Edmonds has been the owner, manager, janitor and lawnmower at Pike County Storage in Pittsfield, Ill., since 1999. He and his wife, Diane, also own All-Star Mini Storage and Puro Mini Storage in Peoria, Ill., and U-Store-It in Macomb, Ill. With a background in banking, financial services and construction, Gary strives to be surrounded by people who are smarter than he is. He can be reached at [email protected].