The Impact of Going Green in Self-Storage: Operators Weigh the Benefits of Solar Panels and Cool Roofs 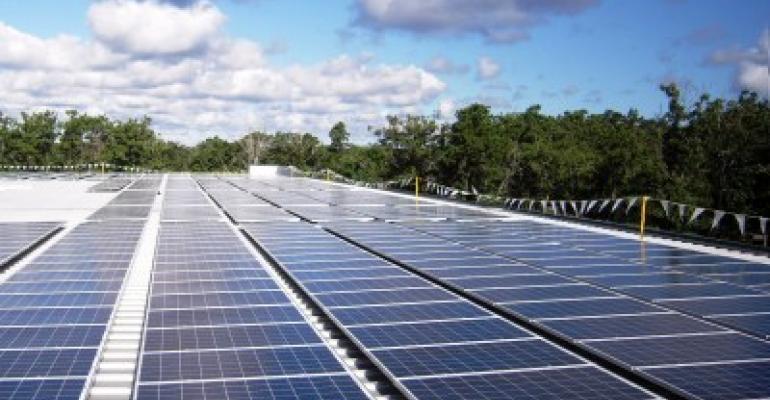 Though helping the environment is good for the planet and may make you feel good inside, self-storage owners have to weigh the financial return of employing green technology and practices before investing. Is the installation of features such as solar panels and cool roofs worthwhile in the long run? Facility operators weigh in.

Heres the truth about being green in 2011: Though helping the environment by reducing your carbon footprint and resource consumption makes you feel good insideand might be a small step toward bettering the planetits not what keeps a business running. This reality has set in among business owners and even run-of-the-mill consumers amid the Great Recession.

According to an April article in the New York Times, sales of certain green products, such as eco-friendly housecleaners and detergents, are down as much as 40 percent since 2008. It seems the hotness of going green may have simmered. But the real value in being eco-friendlythe one that endures through trendshas not subsided, as many self-storage operators are discovering.

If a green renovation can save money in the long term, many facility operators think its worth exploring. Some even took the eco plunge in late 2009 and early 2010 during the depth of economic uncertainty.

Consider Flagship Sun Self Storage in Mashpee, Mass. This Cape Cod facility doesnt get as much sunshine as, for example, a facility in the Sun Belt, but that didnt stop its owners from installing 789 solar panels on its roofs in September 2010. 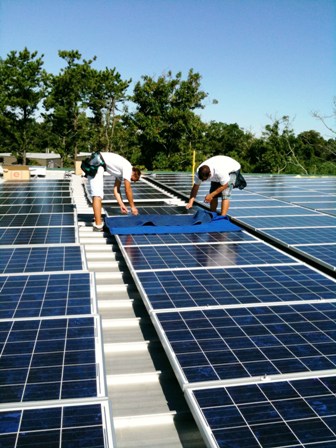 You cant see the panels from the street, says manager Denise McGrail. Youd have to climb up through the roof to see them. You also wont find mention of the facilitys solar renovation on its website. Clearly, the facility didnt make this conversion for a marketing benefit, to tout its environmental consciousness to customers. On the contrary, Flagship made the decision to go solar primarily to save on its power bill.

The entire system was completely online and pumping energy back into the power grid by November, explains McGrail. Through its contract with My Generation Energy Inc. and the local utility provider, the facility supplies electricity to the overall grid, counted in kilowatt hours. Whatever the facility is able to provide to the grid (more on sunny days) is deducted from its net usage and, thus, its power bill.

McGrail admits theres a bit of intrinsic, save-the-environment motivation, too. A computer program synced with the panels and the office computer shows how many trees per hour the clean energy is saving. On a sunny, summer day, the number can be as high a four trees an hour, and on an average day, more like two and a half. Its cool to watch, she says.

Shining a Light on Solar

Because converting a self-storage facility to solar energy is probably the most expensive, involved and risky green-remodeling endeavor, it deserves a fair amount of attention. Bob Burson is director of business development for DL Energy, a solar-conversion provider for residential and commercial entities, including self-storage. Burson says his No. 1 approach in convincing an owner to convert is to provide a detailed breakdown on how long it will take for a facility to pay for the project though saved power bills. He also points out the cost of power continues to go up.

There are many factors to consider, including facility size, geographic location, amount of lighting, climate control or other power-intensive amenities, and onsite management. This makes it hard to pinpoint exactly how long the payback will take. But Burson estimates four to six years for average commercial installations.

On ease of installation, Burson says self-storage facilities lend themselves to a straightforward solar conversion with the typically flat, simple roofs. Similarly, while an installation crew is putting on panelstypically a three- to four-week jobtheyre not interfering with tenants or staff who need access to units. Unless the roof is in disrepair or there are other mitigating factors, no roof penetration is required. Aside from the sound of work boots on a roof, there shouldnt be any lost revenue or much hassle during the install.

Part of the installation is setting up net-energy metering, which is the process of calculating how many kilowatt hours the panels produce and where that power goes, Burson explains. Electricity flows either onto the grid or through the facilitys circuits, wherever resistance is less. In either case, the facility has no burden of tracking or accounting for these changes. The installer, along with the utility company and its inspector, should set up all of this and provide any necessary ongoing support.

Looking for a catch? First, the initial cost is a barrier for many operators, who just cant afford the upfront capital investment. While pricing solar conversions, Burson suggests you ask suppliers to quote the cost per watt. He says a reasonable quote is between $4.50 and $6 per watt. Its the best apples-to-apples comparison, he asserts, adding the cost of solar equipment has gone down 50 percent to 60 percent in four years.

In addition, there are federal and state tax incentives available to businesses that add solar, including a 30-percent tax credit for the total cost of the installation from the federal government. Businesses that add solar this year can also claim a 100 percent deduction for the installation, instead of the five-year depreciation schedule that has been in place. State and local tax benefits vary. To get an overview, visit dsireusa.org. 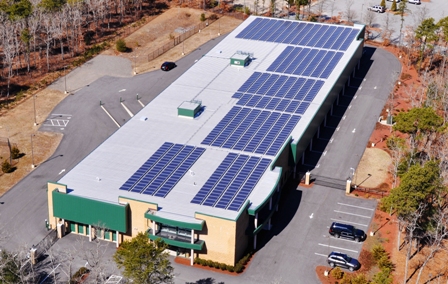 After weighing the initial cost and payback, as well as considering energy use and power bills, some will determine solar energy is not a good fit. Tom Kern, owner and developer of AAAA Chamberlayne Storage in Richmond, Va., knows going green and solar specifically has been a trend in self-storage and other industries for the past few years. Ad nauseam, hes heard people extol the environmental benefits.

In self-storage energy, demand is pretty low, with climate-controlled buildings being kept at 55 degrees in the winter and 80 in the summer, he says. Low energy usage means it would take a lot longer to recoup the initial solar investment in energy savings.

Kern converted AAAA Chamberlayne site from a former warehouse and investigated the installation of solar panels. He even installed solar in other, smaller development ventures. But for him, the benefits dont outweigh the costs in self-storage. Im a numbers guy. I make decisions because it makes financial sense, not emotional sense.

Some eco-friendly options require a bit less commitment than solar-power conversions. One is to make a facility roof more sun-reflective and, therefore, cooler and more energy-efficient. According to American Buildings Co. (ABC), cool metal roofs coated with polyvinylidene fluoride (PVDF) can reduce energy consumption by up to 40 percent. Thats why, in 2005, the state of California began including cool roofs in its non-residential building requirements.

Jeff Walsh, research and development engineering supervisor for Architectural Metal Systems, a business unit of ABC, describes the value of the products through an example: In 2002 and 2003, a Georgia school district built two identical new schools, both in the same geographic area. In an experiment monitored by the U.S. Department of Energy, one building installed cool roof panels, the other used traditional metal roofing. The first building saved $15,000 on energy bills over the other during the 2006/2007 school year. Over the anticipated 35-year life of the coated panels, the estimated savings for the first school is $535,000.

Cool roof panels can be installed on top of an existing roof, creating another layer of protection from the sunas long as theres a structurally acceptable substrate, Walsh explains. While the coating alone cannot be lathered on to an existing roof and be effective, cool roof panels are only a little more expensive than traditional metal roofing, Walsh says. Coated panels are also 100 percent recyclable, have increased fire-resistance, and maintain color and gloss over years of exposure to the sun and weather, he adds.

The biggest drawback of a sun-reflective roof is its sometimes a good thing for natural warmth to seep into a building, for example, during a frigid winter in the Midwest when the heat is pumping full blast. We definitely see more of [our product] in southern regions than northern regions, Walsh concedes. He also notes California is a popular area for cool roofs, given the building requirements.

The most fervent environmental activists might hold it against you if youre not carbon-neutral, but odds are, they wont represent a large chunk of the self-storage customer base. Customers want a secure, clean, safe place to store their belongings, and any green-related marketing is a bonus. The true value is looking at how clean energy can save money in the long term. But is it worth the investment? Only each individual operator can decide.