Washed Out: A Self-Storage Owner Shares Advice on Recovering From Facility Flood 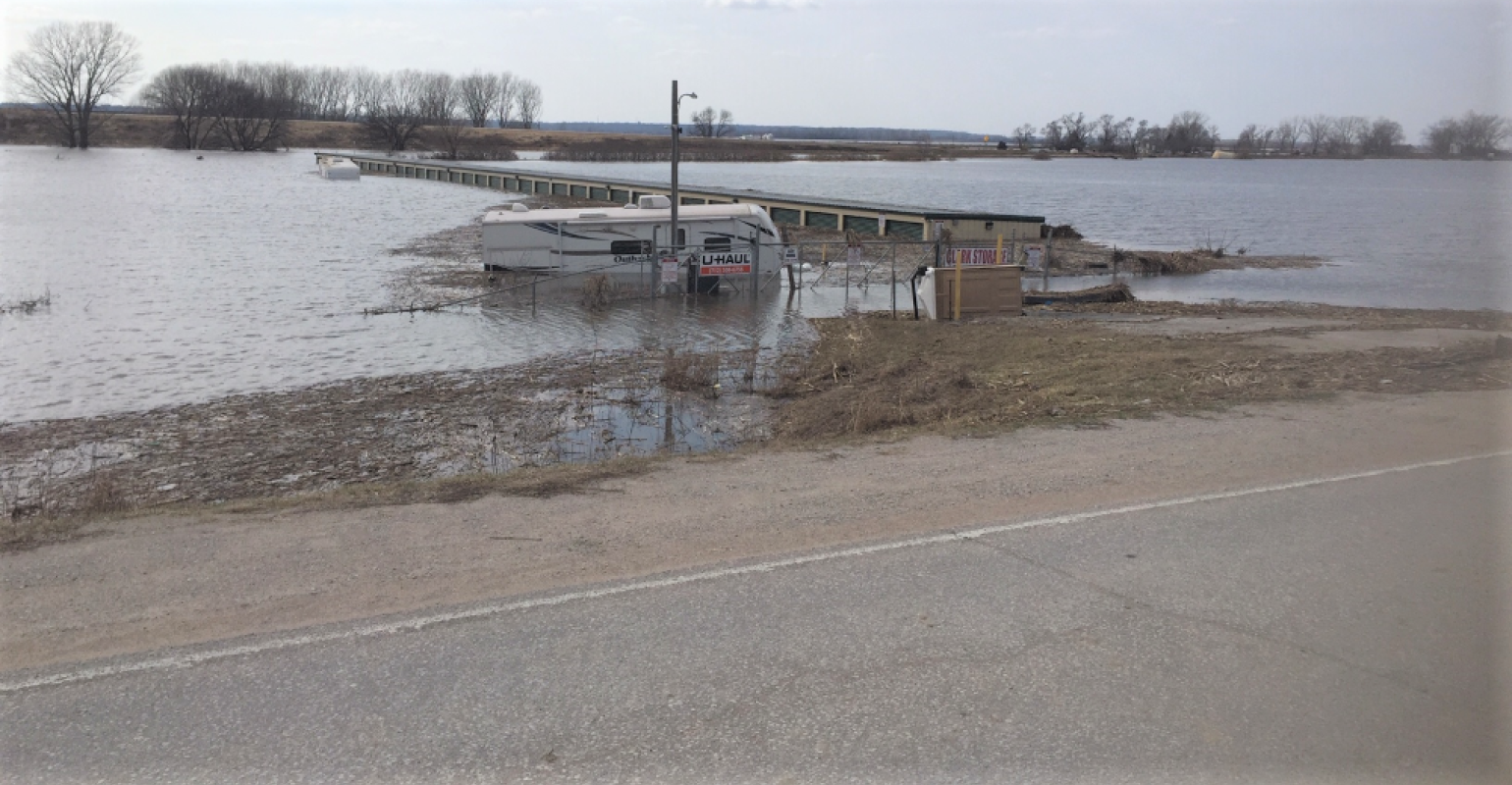 A flood can devastate a self-storage business. Damage can be substantial, and what remains of the property can be dangerous due to potential for injury, infection and mold. A self-storage owner shares what happened at his Iowa facility and how they recovered safely.

On March 17, 2019, our Clark Storage facility in Pacific Junction, Iowa, was flooded. We were literally under water, and the damage was extraordinary. Here’s what happened and how we kept everyone safe during recovery.

The site in question is just south of where the Missouri and Platte Rivers converge, on the Iowa/Nebraska border; but several key circumstances led to the disaster. First, the area had been saturated with rain in fall 2018, and a small dam broke. The winter ice and snow also melted early. Head-water dam levels remained high, and then heavy rains hit the upper tributaries.

The day of the flood, a small stream a mile away from us breached its levee, causing a foot of water to flow into our buildings from the north. It was a Sunday, and I was just returning from a weekend trip. I drove straight to the facility, but it was already too late to evacuate anyone's belongings. Very quickly, our structures were in four feet of water.

The next morning, a large levee to the south also failed. Eventually, we were completely submerged. Our rooftops sat under two feet of water for 30 days before it began to recede. It then took three weeks to subside and another two for the ground to firm up.

We took many precautions to protect customers during the cleanup, the most important of which was to keep them away from the property until it was deemed safe by authorities. The ground was so soft, you couldn’t even drive on it. It was important to communicate with tenants regularly, even if only to tell them that nothing had changed.

When we finally got the “all clear” and people were allowed back to the site, we needed to keep order while debris was sorted and removed. There were a lot of unsalvageable goods, and I knew tenants would need to throw things out. To avoid safety hazards, I supplied large cow-lick buckets for discards. This way, tenants could just focus on going through their stuff and not worry about hauling it out. It also prevented them from throwing it into the driveways, where someone might get hurt.

In addition to safety, we were worried about theft, so we hired someone to guard the site. I set strict open and close hours, and requested that all units be cleaned out within one week. 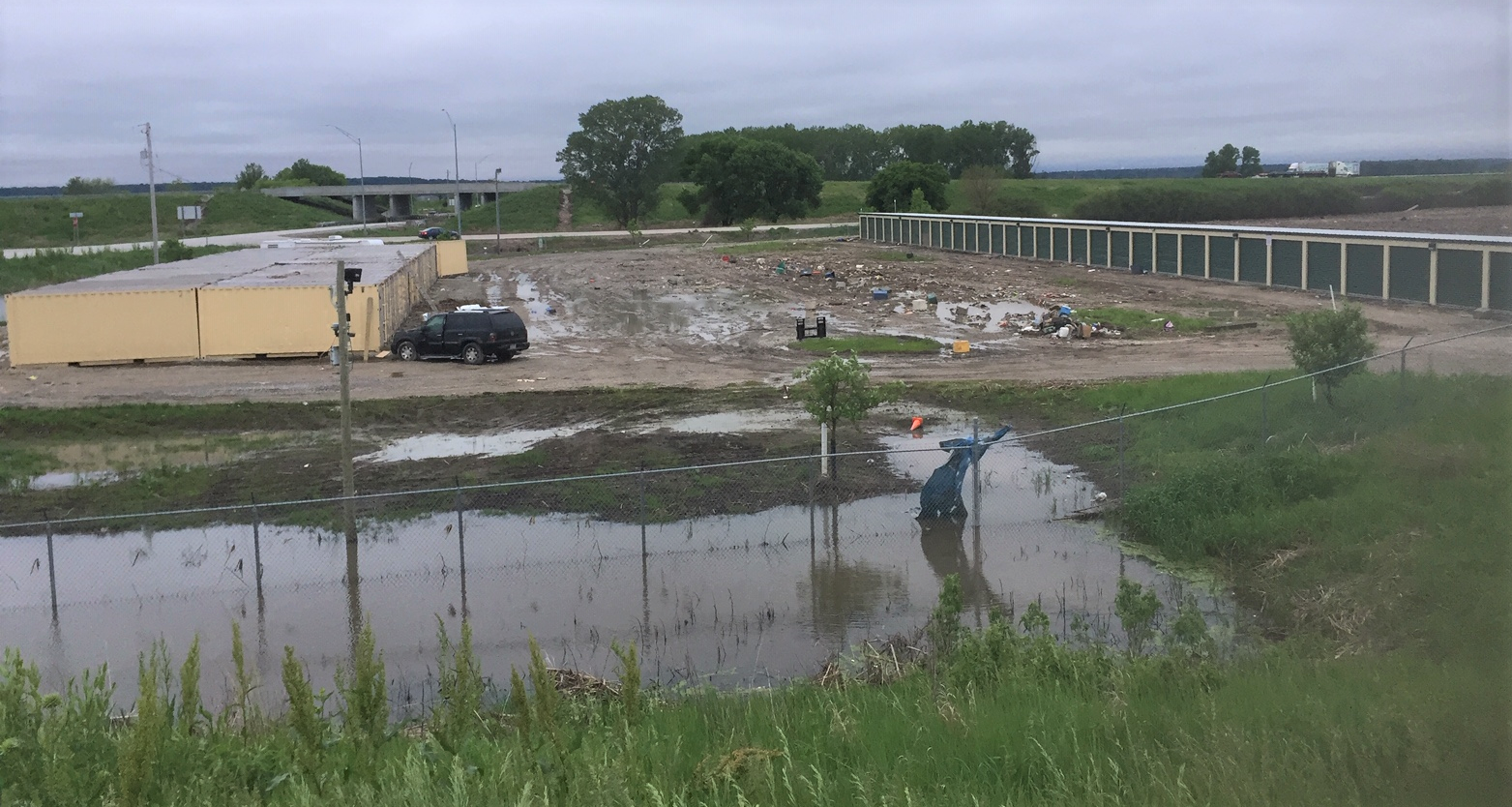 80 days after the flood

Tips for the Aftermath

If you ever have to deal with flooding at your own self-storage facility, here are a few additional pointers:

Fortunately, I had insurance, but it was a lot of grief for everyone involved. Two-thirds of my customers had also lost their homes and were forced to move away.

Today, everything is crystal clean at this location. About 50 percent of the units are rented, which is good for this site. It took me about nine months to stop feeling dirty and tired after this event—it really saps your strength! The important thing is to take your time, communicate with your tenants and take as many safety precautions as possible.