Update 12/20/18 – MCSS has completed construction on its self-storage facility in Davie. The University Drive location is the company’s 10th in South Florida. It comprises 90,000 square feet in 1,055 climate-controlled units, according to a press release. An earlier announcement indicated it would be 100,000 square feet of rentable space.

The developer has started building its 11th facility in the region at 2460 S.W. 28th Lane in Miami. The project is the last in its South Florida development pipeline. Both properties will be managed by CubeSmart.

MCSS also announced it intends to reduce development activity in favor of launching a nationwide acquisitions platform in 2019.

11/8/18 – MCSS has opened its self-storage facilities in Doral and Fort Lauderdale. Together, the properties comprise 162,875 square feet in 1,971 units. The street address for the property at 3951 N.W. 77th Ave. in Doral was previously reported as 4001. It will serve a densely populated area, with more than 220,000 residents living within a five-mile radius, according to a press release.

The Fort Lauderdale facility is off Broward Boulevard, near downtown. The multi-story structure comprises 86,400 square feet of climate-controlled storage in 1,053 units.

“We have been working on these urban-infill projects for three years,” Massirman said. “Today, we are proceeding on any new projects in South Florida with a high degree of caution, as we are at end of this storage-development cycle.”

MCSS currently has 11 projects in the pipeline in Miami-Dade and Broward counties and is on track to develop more than 1.5 million square feet in South Florida, the release stated. The company is also actively developing in California and the Northeast.

5/25/18 – MCSS will hold a grand-opening celebration on June 1 for its S. Park Road facility. The all-day event will include a ribbon-cutting ceremony, a DJ, facility tours, food and beverages, and other activities, according a press release.

“As our first self-storage facility to open in Broward County, we are thrilled for town officials and members of the community to come out and celebrate this milestone,” Massirman said. “We look forward to continuing our growth in Broward, and showing people the ease and convenience of our facilities.”

4/6/18 – MCSS has opened a self-storage facility in Miami, its sixth location in South Florida. The seven-story property at 409 N.E. 36th St. is a few blocks from Miami’s Design District and the Wynwood Business Improvement District, both of which feature art galleries, retail and restaurants, according to a press release.

“We were originally attracted to this site because of its proximity to Miami’s most up-and-coming neighborhoods,” Massirman said. “We purchased the site three years ago, but are now looking very selectively in South Florida for additional projects.”

The self-storage pipeline in Miami-Dade County, Fla., is tapering off, according to Massirman. Some developers are having difficulty obtaining financing, and lenders are paying close attention to existing and proposed sites before financing another project, he said.

3/16/18 – MCSS has officially expanded into Broward County with the opening of its self-storage facility at 1781 S. Park Road in Pembroke Pines. The property comprises 81,299 rentable square feet in 795 units. The company acquired the 1.4-acre development site, which was previously planned and approved for self-storage, in December 2015, according to a press release. The facility includes a “concierge-style” front desk in the management office, intercoms, motion-activated cameras and sensor lighting.

“We continue to search for underserved, population-dense locations within Broward County,” Massirman said. “However, self-storage development in South Florida, as a whole, is rapidly declining due to most markets in the region reaching equilibrium or moving toward oversupply.”

MCSS has seven projects in its pipeline in the counties of Broward and Miami-Dade. A new facility at 812 N.W. First St. in Fort Lauderdale is expected to open by the end of June. The company is on pace to develop more than 1.5 million square feet in South Florida, the release stated.

3/8/18 – MCSS is nearing completion on self-storage developments in Doral and Pembroke Pines. The two facilities comprise a combined 162,000 net rentable square feet. Both are expected to open by the end of March, according to a press release issued by Jernigan Capital Inc., the merchant bank and advisory firm that is financing the projects.

The Doral property at 4001 N.W. 77th Ave. will comprise about 77,000 square feet. It’s situated at an intersection with 36th Street, an east-west thoroughfare that runs from Doral to Midtown Miami, past the Miami International Airport. This area of the city has above-average household incomes growing at more than 2 percent per year and is near several golf communities, the release stated.

The Pembroke Pines facility at 18460 Pines Blvd. will comprise about 85,000 square feet. It’s in a densely populated community southwest of Ft. Lauderdale. The market includes primarily single-family residents with high income and is “significantly below” average square footage per capita, according to the release.

The two properties, along with previously opened facilities in Brickell, Coconut Grove and West Doral, are the first self-storage assets financed through Jernigan’s bridge-lending program. The lender’s investment through the five separate first-mortgage loans totals $83.3 million. All five facilities are managed by CubeSmart, a self-storage real estate investment trust and third-party management company.

As part of the investment structure, Jernigan has first right of refusal to acquire each of the five properties.

Jernigan Capital is a commercial real estate finance company that provides financing to private developers, operators and owners of self-storage facilities. It offers financing for acquisition, ground-up construction, major redevelopment or refinancing. The firm intends to be taxed as a real estate investment trust and is externally managed by JCap Advisors LLC.

2/14/17 – MCSS has purchased a property in Davie, Fla., on which it plans to build a self-storage facility. The parcel at 5678 S. University Drive is the 12th development site in South Florida the company has acquired, according to a press release.

The facility will comprise 100,000 net rentable square feet of storage space in more than 1,000 climate-controlled units. It will be managed by a national real estate investment trust.

“This puts MCSS on track to reaching its goal of 15 to 20 urban-infill self-storage projects in South Florida,” Massirman said.

MCSS is pursuing other development opportunities in Broward and Palm Beach Counties, and is on track to build more than 2 million square feet of self-storage in South Florida, the release stated.

12/20/16 – MCSS has opened three self-storage facilities in South Florida comprising more than 227,000 square feet in 2,536 units. One asset is in Coconut Grove, with the other two in Miami. The properties are:

MCSS is on pace to develop up to 20 self-storage facilities in the region. Planned facilities will serve Davie, Doral, Fort Lauderdale, Miami, Pembroke Park, Pembroke Pines and Sweetwater, according to a press release. “Leasing is progressing on schedule, and we have seven more projects in the immediate development pipeline,” Massirman said.

In addition to development in South Florida, MCSS has partnered with Dallas-based commercial real estate firm Cypress Equities under the name Pacific Storage Partners to pursue self-storage developments in California, the release stated.

9/16/16 – MCSS Self Storage has acquired four parcels adjacent to another property it owns in Coconut Grove for $7.1 million. The land currently houses four contiguous single-story retail buildings at 2460, 2500, 2520 and 2600 S.W. 28th Lane, comprising about 23,000 square feet. The developer intends to demolish the existing structures and build a 150,000-square-foot self-storage facility offering about 100,000 net rentable square feet of space, the source reported. The zoning on the land allows up to eight stories.

Google Maps indicates the parcels are adjacent to 2434 S.W. 28th Lane on which MCSS broke ground on an eight-story, 80,000-square-foot facility in December. It’s unclear if the developer plans to build two separate facilities or if it will expand the project currently underway.

The parcels were purchased from Dennis Leaton, a real estate investor who also owns Worth Galleries, one of four retail businesses on the property. The antique store and other businesses will move off the premises after MCSS secures its building permits, probably in the next six to nine months, Massirman told the source. MCSS hopes to open the self-storage facility by summer or fall 2018. It will be managed by a national real estate investment trust, according to a press release.

The developer has 11 self-storage projects currently in its pipeline and is nearing a joint-venture agreement that would enable MCSS to pursue development opportunities in New England and along the West Coast, according to Massirman. “Right now we’re cautious of where we are in the cycle, and we’re cautious of other players getting into the business. We’re looking for the highest barrier-to-entry markets,” he told the source.

12/22/15 – MCSS Self Storage LLC, a South Florida-based joint venture, broke ground this month on three development projects in Brickell, Coconut Grove and Sweetwater, Fla. The facilities will comprise a combined 300,000 net rentable square feet, according to a company press release. They are:

“We are thrilled to break ground in three different locations for our facilities before the end of the year,” said Jay Massirman, managing director at MCSS. “With these new facilities under construction, we are positioning MCSS for continued growth and expansion in 2016.”

Each of the facilities will offer about 1,000 units and be managed by an unidentified self-storage real estate investment trust, according to the release. The properties were acquired in 2014 and 2015. 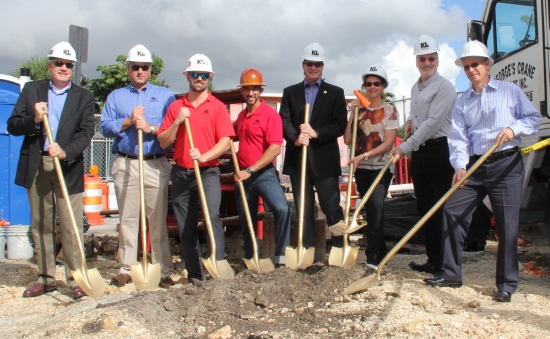 MCSS has broken ground on three self-storage developments this month.

Walk Through the Woods With Self-Storage Developer Charles Kao to Learn His Site-Prep Tips and Tricks
Feb 01, 2023