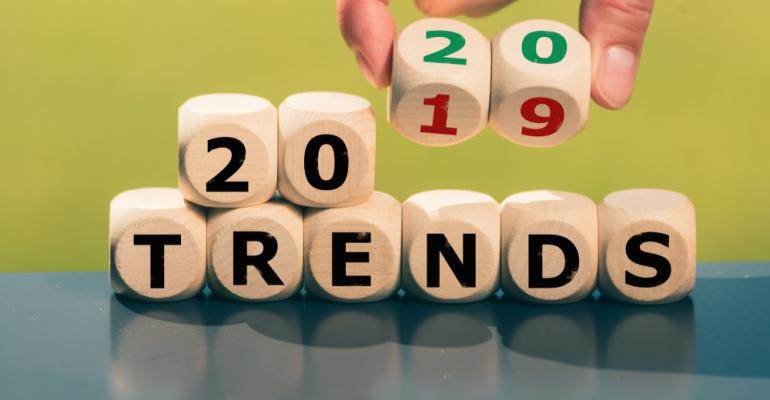 There are dozens of important steps that must be taken during the planning and building of a self-storage project. Here are six industry trends that’ll affect decision-making this year as you pursue your next development.

To develop a self-storage project that enjoys long-term success, regardless of whether you’re an experienced professional or new to the industry, you must grasp current trends that impact planning and building. Let’s look at some key factors that’ll affect your decision-making in 2020 and beyond.

If you’re planning to build in a premium location, be prepared to invest in the services of an architect upfront. A great location in a market where the approvals process is rigorous can pay off handsomely—if completed. It can also lead to tens of thousands of dollars in lost design investment if it’s ultimately denied or made financially unfeasible by local restrictions.

Another topic on the minds of many developers is market saturation. Self-storage has had a well-earned reputation as a solid investment for many years, which resulted in a construction boom. Some developers have pushed many large markets to the point of overbuilding and are now expanding into smaller markets they previously ignored.

Protect yourself by researching not only existing supply but any open permits in your target area. Market-data companies that track construction and other metrics can be a helpful resource in identifying projects in the pipeline, but be aware that activity within smaller markets may not be on their radar. I’d love to say you can beat the real estate investment trusts and other large-scale operators by providing better service, offering the right specials, mastering Google search rankings and other tactics, but if you can avoid building within five miles of a 1,000-unit facility at 50 percent occupancy, you’ll be glad you did your research.

Hiring landscape professionals and an architect can help you to achieve a more polished look. If that isn’t within your budget, study attractive retail projects in your area and work with your building supplier and general contractor to identify the elements you can incorporate in your project.

Though climate-controlled storage has become prevalent in recent years, its limitations have become obvious to some developers. Its popularity has been fueled by two factors. First, wide climate-control buildings result in more rentable square footage per acre. Second, they generally command higher rental rates, which translate to a better return on investment. But what if you can’t actually rent units at those rates?

A major operator recently spoke at an industry conference in Arizona. The presenter reported that his company has reduced its rates for interior-access, climate-controlled units to below what it charges for standard drive-up units. Apparently, there’s a limit to the number of people willing to schlep their stuff down a hallway and into an elevator.

Part of the fuel behind the building boom of the past decade has been the availability of financing to developers who previously couldn’t qualify. Loans backed by the Small Business Administration (SBA) became available in 2010, allowing as little as 10 percent down for new projects. All or a portion of these loans is typically tied to the prime rate, which by the end of 2018 was up 2 percent from 2015. The rate has since retreated .75 percent, much to the relief of many borrowers.

While that’s good news for those pursuing projects, some clouds may be gathering on the horizon. “Some lenders have been looking for more equity due to concerns about where we are in the construction cycle,” says Terry Campbell, executive vice president of Live Oak Bank. “The growth has been going strong for five years, and people have been expecting the construction cycle to slow down at any time. Some lenders want more equity in the deal, so the project will cash flow if they experience lower occupancies than projected or lower-than-expected rates.”

Another lending trend is related to the type of SBA loans being applied to self-storage. There’s been a shift to more 504 loans than 7(a) loans, according to Nick Collins, vice president with First Bank Financial Centre. “With the 25-year fixed rate on the CDC [Certified Development Company] portion, more people want to go that route.”

Incorporating technology into a self-storage facility has become common, and some choices need to be considered during the planning and design phase. For decades, developers have tried to figure out ways to operate sites remotely or without the expense of a full-time manager. Here are a few tools frequently being built into new projects:

Self-serve kiosks. An increasing number of developers are designing their facilities to accommodate them. More recently, management-software companies have integrated electronic-document signing into their systems so customers can execute rental agreements via the Web or a mobile device.

Keypads and gates. The systems that control them have continued to advance and are an important part of maintaining security, particularly for an unmanned site. When planning a facility, it’s important to include these items in the budget and cash-flow projections.

Security cameras. Costs have come down while quality has gone up. In fact, 4K resolution is common. What hasn’t changed is you still have to wire them. Typically, category-five wire handles data and DC power up to 300 feet. Don’t forget to plan your camera and site-access systems early in the process. This’ll allow you to build conduits and quotes for their installation into your construction budget.

Some new developers fail to realize the legwork that goes into the planning phase of a self-storage project. Common mistakes include asking for a building price without knowing what they wish to build or requesting a lending commitment without having a construction budget in place. In short, they don’t invest in the design of their projects and don’t understand where they are in the process.

“The biggest challenge seems to be when a client feels like they are farther along in the process than they really are,” explains Collins. “There are a ton of people who reach out to me to get approved who may not even own land, have construction figures or have all the needed [municipal] approvals. Depending on where you live and what the planning commission requires, getting your site plans and permits approved can sometimes take months, if not years.”

Whether you’re new to the self-storage industry or a seasoned operator, it’s important to understand the trends that impact the development process, as they’ll affect your decision-making and budget. Doing so will increase your odds for long-term success!

Steve Hajewski is the marketing manager at Trachte Building Systems, which designs, manufactures and erects a full line of pre-engineered and customized steel self-storage systems, including single- and multi-story, portable storage, interior partition and corridor, and canopy boat/RV. He also owns a self-storage facility in Wisconsin and is a frequent contributor on Self-Storage Talk, the industry's largest online community. For more information, call 800.356.5824; visit www.trachte.com.