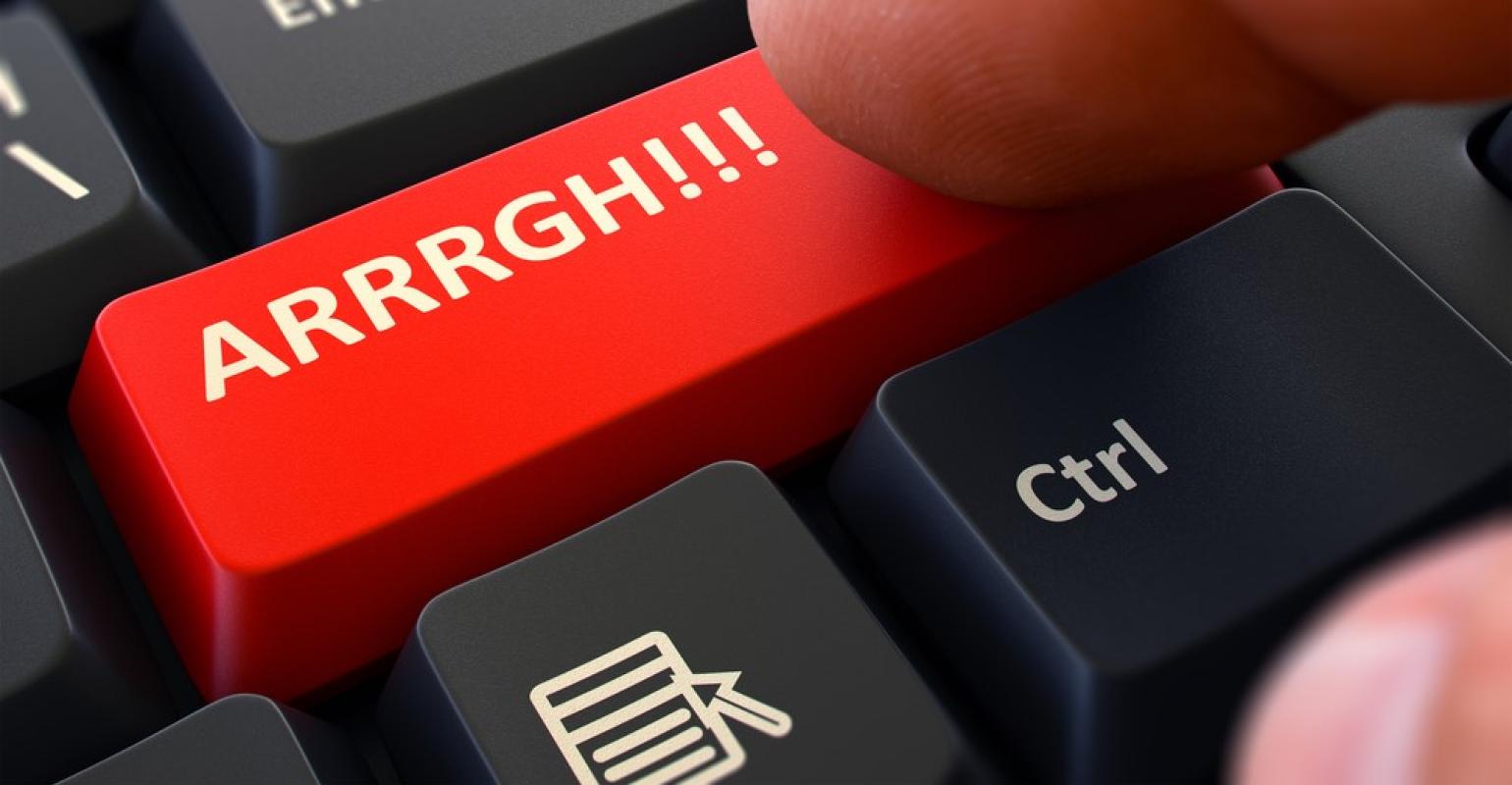 The $169 Question: What Do You Do When a Self-Storage Tenant Purposefully Pushes Your Buttons?

A fact of self-storage management: Tenants can be contentious, no matter what you do to appease them. Read how this facility manager remedied a perpetually late-paying customer, even when he strained all patience.

Self-storage tenants can be difficult no matter how you try to accommodate them. I’ve found that during contentious situations, maintaining composure and staying consistent with policies and procedures is the right move, even when a customer continually pushes your buttons.

Like many self-storage operations, we’ve had our share of renters who are habitually late in paying rent. One was particularly problematic. He was legally blind, and we rented him a ground-floor unit at the lower rate we typically charged for upstairs spaces. He was constantly late paying his bill and wanted special treatment, such as waiving late fees. We consistently told him we couldn’t offer him concessions and every tenant was treated the same. In fact, every customer received one free waiver during the year to avoid a late fee.

His habitual delinquency meant he qualified for auction more than once. Each time, he’d come in with the same attitude. On one occasion, he offered to make a partial payment, and I told him we didn’t allow it. He immediately got defensive. He started calling me names and said I was taking advantage of a disabled person. I kept my cool and explained we follow the same guidelines for every tenant. He’d have to pay his bill in full to access his items. When he did finally pay, he indicated he’d move out. I remember thinking that would solve the issue. Ultimately, though, he stayed.

When our next auction date was approaching, this same customer again refused to pay. He told me over the phone he couldn’t cover his bill and wouldn’t be able to before the sale. He indicated that much of the contents of his unit belonged to his girlfriend, and he just wanted his stuff without paying for hers. Then he hung up on me.

During the conversation, he’d said he was completely blind (not just legally), and I remember thinking that if he sued us, the court would probably be sympathetic due to his condition. After a while, I called him back with a solution. I told him that if he paid only the rent he owed (no additional fees), I’d give him until Sunday, and he could move his stuff out the same day. Instead of taking the deal, he yelled at me. He again mentioned his blindness and lamented his inability to pay and move out in time. He screamed at me for being an S.O.B. and hung up.

Means to an End

I have to admit, this guy started to upset me. I looked at the calendar and noticed that Monday was a holiday. The auction was scheduled for Tuesday. We happened to be open the entire weekend, so I called him back and told him he could have until close of business on Monday to settle what he owed in rent (prorated through that day) and move out. I was willing to waive all additional fees. The grand total was $168.74.

When I didn’t hear from him for several days, I started to worry again what a court would say if he sued, but lo and behold, he showed up on Monday with a moving truck. He came to the office and handed me $160. I thought about just letting it go, but asked, “Where is the rest of the money?” He argued that was the amount I told him, but I reminded him the $168.74 I offered as settlement didn’t include fees. He then handed me $168, and I asked for the 74 cents, which he paid.

After I had him sign in, he asked for the key to the overlock, but I told him I’d meet him at the unit. I was determined to monitor the situation. After I opened his space, he told me I could go. When I said I was staying to make sure every item was removed, he said he was only going to take his own stuff. I thought, “OMG! Here we go again.” I reminded him our agreement was for him to move out.

Though he protested, I stayed until every last item was on the truck. I also got him to sign a possession release. As he left, he threatened to tell everyone he knew what a greedy S.O.B. I was.

Though he got under my skin to some degree, I wasn’t worried. I believed I had been more than fair. Looking back, I wouldn’t do anything differently. As long as everyone on your staff is on the same page and you treat each customer incident consistently, you’ll be OK.

Sheryll Batts is the resident manager at VIP Self Storage and vice president of Vested in Property Inc. She’s worked in the industry since 1998. To reach her, e-mail vipselfstorage@att.net.

The Beauty of Rule-Bending: Why Customer Service Must Occasionally Surpass Self-Storage Policy
Aug 01, 2020

Self-Storage and the 3 Ds: Supporting Tenants in Times of Death, Divorce or Displacement
Jun 17, 2020