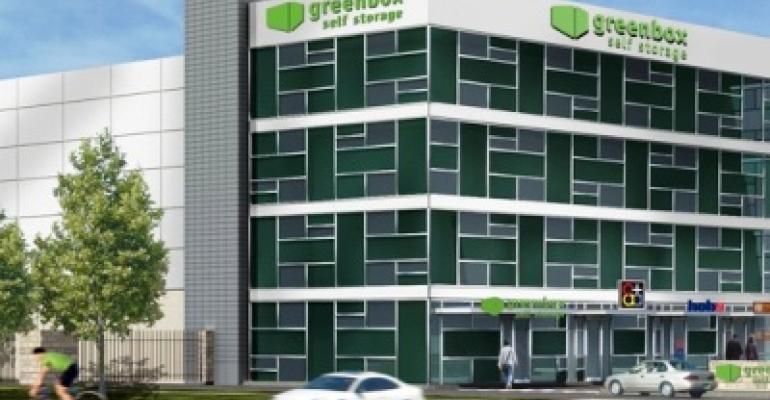 The solar panels are expected to generate 76,394 kilowatt hours annually, which would save an estimated 180,695 pounds of carbon dioxide from being emitted each year, company officials said. The carbon offset will enable each unit to save more than 20 pounds of emissions per month compared to conventional construction, according to the company.

Greenbox chose downtown Denver in part because it is home to 17,000 residents and 44,000 college students who do not have a lot of self-storage options. Over the past 12 years, the residential population has grown more than 85 percent in downtown Denver, said owner Bahman Shafa. There just isnt enough existing storage space to accommodate such growth, so we are thrilled to bring this new, state-of-the art storage solution to Denver.

The River North area is noted for its mix of industrial and creative-minded businesses, such as art galleries, designers and photographers, alongside new, large-scale apartment complexes. Shafa said last year his desire is to build a national self-storage brand by developing environmentally friendly facilities in growing urban residential neighborhoods.

The exterior of the building features a pattern of green and clear glass, as well as an art wall along Brighton Boulevard that showcases work from local artists.

Greenbox has two additional self-storage properties under development in the Denver area.