Steve Wilson, managing partner of Hide-Away Storage in Sarasota, Fla., was inducted into the Self Storage Associations Hall of Fame at the fall conference in Las Vegas, Sept. 1-3.

Steve Wilson, managing partner of Hide-Away Storage in Sarasota, Fla., was inducted into the Self Storage Associations Hall of Fame at the association's fall conference in Las Vegas, Sept. 1-3. 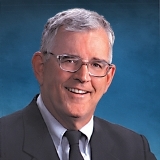 Wilson began developing self-storage properties in 1977, after spending 15 years as a foreign correspondent. Wilson said he learned to appreciate the need for storage because he relocated 13 times in 15 years while working as a journalist. Only six years after developing the first Hide-Away Storage in Bradenton, Fla., Wilson became president of the SSA, helping guide and build the association through its early formative years.

In addition to his participation with the SSA, Wilson is also active as an elder in his church and president of the Community Coalition on Homelessness in Manatee County.

Bill Kenney of All American Self Storage in California was also inducted into the SSA Hall of Fame. The two storage veterans are the twenty-third and twenty-fourth self-storage operators to receive the honor.