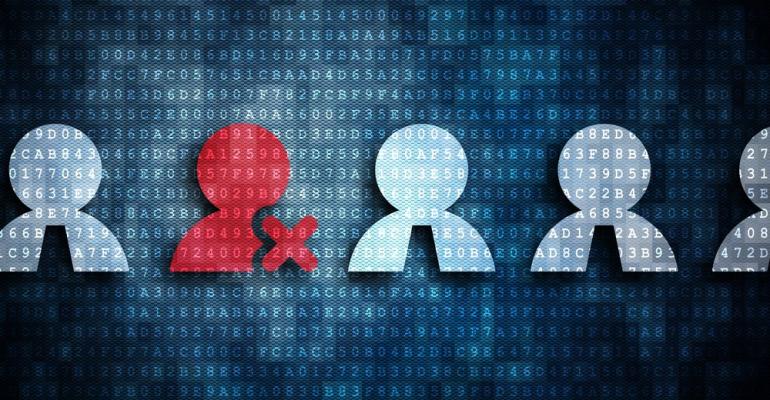 Not everyone is cut out to work in self-storage, and job candidates don’t always tell the truth. To avoid a costly hiring mistake, it’s important to vet your potential employees. Here’s advice on using research to ensure a good hire.

My father was a wise Southern gentleman from Poteau, Okla. His intuition and experience gave him great insight into peoples’ behavior and character. Even after quick encounters with the young men I dated in my teen years, his observations were astonishing.

He would say things in his sweet drawl such as, “That young man is real handsome, but my guess is he won’t amount to a hill of beans.” When another honked his horn in front of my house, my father said, “Well, I declare, that boy is too big for his britches. You go tell him to hold his horses. If he intends on taking out my daughter, who’s as pretty as a peach, I reckon he’ll want to come in and meet me like a gentleman.”

Looking back, I realize my father was vetting my boyfriends, and his belief that peoples’ actions speak volumes has made a profound impact on my 34-year career in self-storage, during which I’ve hired, trained, supervised and terminated hundreds of employees. For many years, I relied on my intuition when hiring. (I guess the apple doesn’t fall far from the tree.) My Southern roots have given me many tools to sort the wheat from the chaff.

Even so, times are a-changin’. Employers can’t afford to choose employees haphazardly. Hiring should be done deliberately to see if there’s going to be a good match. All your interactions with a candidate should be part of your decision-making process, of course; but you’ll need to rely on more than that.

Not everyone is cut out for a job in self-storage. A manager needs a variety of skills and personality traits. It can be difficult to find great people to wear the many hats necessary for facility management, but as an owner, hiring is one of the most important decisions you’ll make. The following will help you develop a process that relies a bit on intuition but focuses on researching each candidate.

Unlike in the past, most people these days aren’t looking for a job that could last for 30 years, and it’s no surprise that candidates aren’t always honest. That’s why it’s imperative to research a person before you bring him aboard.

Background checks are no longer just a requirement for high-security jobs. Before hiring someone to manage your self-storage business, conduct a thorough investigation into his past. Too many applicants make false claims on their job applications and résumés or attempt to cover up criminal activity.

It’s estimated that 40 percent of background checks turn up at least one serious discrepancy. In addition, workplace violence accounts for 18 percent of all violent crimes. A Matter of Fact, a provider of employment background checks, revealed that “serious flags” are discovered in:

When most people think of a background check, they think of a simple criminal history, however, it’s much more detailed. A standard check should include:

One of the best ways to ensure an applicant is being honest is to check his list of last-known addresses. In one case, an applicant of mine failed to disclose a previous employer. With a quick Google search of his address, I discovered he’d been employed at another storage property but left it off the résumé. When I called the facility owner, he told me this person had stolen money from the business. Furthermore, when the applicant moved out of the manager’s residence, he took all the appliances! I most certainly didn’t hire that candidate.

Background checks can also reveal infractions that might impact an individual's ability to perform the job. In addition to criminal history, some will highlight driving records, credit histories or other information. While numerous license suspensions or a bad credit history may not hold any bearing on an applicant's abilities, for positions that involve money-handling, this information is absolutely relevant.

Applicants should be made aware that the final candidate will be required to undergo a variety of tests. These might include the above background checks, a drug test and even a job-aptitude query.

Many job applicants put on a performance during the interview, trying to behave in a way they think the owner/supervisor wants to see and hear. Some are dishonest on their applications or résumés, making up work histories, embellishing job responsibilities or titles, or changing employment dates. I’ve even had people I’ve fired list me as reference! The reason they can be so bold is because the likelihood of an employer checking their references is very low.

Your background checks should include calls to former employers to ensure the information on the résumé and application is accurate. If it isn’t, you know you have a dishonest candidate on your hands. And if there's something no employer wants, it's a worker he can’t trust.

Although a thorough review of an applicant’s criminal and employment history is necessary, those in charge of hiring at your company must follow employment laws and take care to avoid discriminatory practices. The Equal Employment Opportunity Commission states employees have a right to:

Other federal, state or local laws may also apply to your business. Government websites will have additional information and guidelines.

Stick to Your Process

Once you’ve made a hiring mistake, it’s difficult to fix without collateral damage. Studies have shown that poor hiring can lower employee morale and cause a decrease in staff performance. Other damaging consequences include lost customers and higher training and turnover costs. The average cost of a bad hire is two and a half times the employee’s salary. In self-storage, it can be three times.

Set up a hiring process that includes candidate research and stick with it. Apply it consistently to every candidate. Finally, don’t believe your skills of observation are better than facts. Your observations are important, but information from a background check will provide an important glimpse into a person’s life and character.

Working in Harmony: How to Be the Self-Storage Team Member Every Company Wants
Jun 29, 2022

How to Vet and Hire Service Contractors to Do Good Work at Your Self-Storage Property
Jun 09, 2022