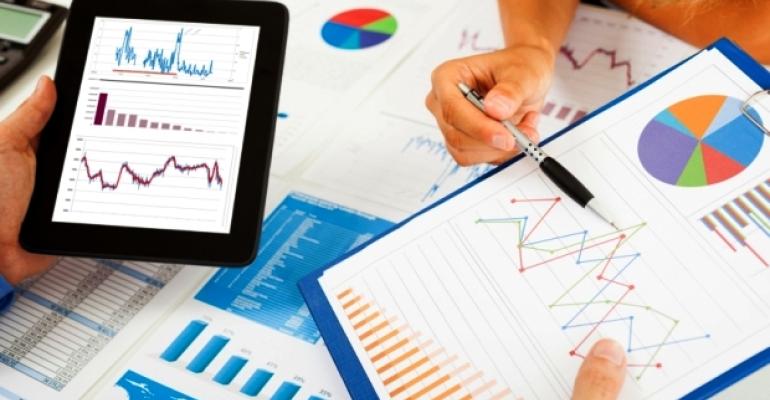 “We are pleased with our second-quarter performance, which reflects steady, broad-based demand and the competitive impact of new supply in select markets,” said Christopher P. Marr, president and CEO of CubeSmart. “Our recent new developments, specifically those located in the boroughs of New York City, are leasing up ahead of expectations, and our third-party management platform continues to rapidly expand. Our balance sheet is in excellent shape and we remain focused on creating long-term shareholder value by maximizing store-level cash flow and maintaining a disciplined approach to capital allocation.”

Arlen Nordhagen, CEO of National Storage Affiliates Trust, expressed similar sentiments. "Although the slower pace of acquisitions has delayed some of our anticipated growth in FFO, our acquisition pace has recently accelerated and we remain optimistic that we’ll end the year near the midpoint of our original guidance of $350 million invested during 2017,” he said. “Finally, our iStorage joint venture continues to perform very well, and our strong balance sheet provides us with the capital base we need to continue to drive long-term shareholder value."

Extra Space and Life Storage acknowledged the likelihood for less robust numbers partly due to tough-to-beat comparisons from last year. “We had another solid quarter despite headwinds from new supply and tough year-over-year comparables,” noted Joseph D. Margolis, CEO of Extra Space.

Life Storage CEO David Rogers similarly tempered expectations for the remainder of the year. “Operationally, we made meaningful gains in occupancy on a sequential basis due to a combination of increased Internet marketing and incentives, which should be a precursor to improved same-store results over time, but we acknowledge this will take longer than initially anticipated,” he said. “While the company will face challenging comparables for the remainder of the year, our history as a strong and experienced operator gives us the confidence to effectively navigate through the current challenges as we continue to create additional value.”

CubeSmart reported FFO per share of $0.39 during the quarter, an 8.3 percent year-over-year increase. Same-store NOI at its 432 facilities grew 5 percent year over year. The company attributed this to a 4.2 percent growth in revenue and a 2.5 percent increase in property operating expenses. Same-store locations contributed 92.4 percent of the REIT’s property NOI during the quarter.

The operation gained 20 basis points in physical occupancy compared with the same quarter the previous year. The same-store physical occupancy was 94.6 percent as of June 30. The company’s total-owned portfolio, representing 478 facilities and comprising 33.2 million square feet of rentable space, had a physical occupancy of 93 percent at the end of the second quarter.

CubeSmart acquired two storage facilities in California and Maryland during the quarter for $21.9 million. It also closed on a contracted property in Riverwoods, Ill., at certificate of occupancy for $11.2 million. At the close of the quarter, the REIT had two properties in Florida and one in Illinois under contract to purchase at certificate of occupancy for $49.9 million, and seven joint-venture projects under development.

On May 31, the company declared a dividend of 27 cents per common share, which was equal to the dividend issued the previous quarter. The dividend was paid on July 17 to common shareholders of record on July 3.

Same-store revenue increased 5.2 percent and NOI rose 7.7 percent compared to the same period in 2016. FFO was $1.09 per diluted share, resulting in 16 percent growth compared to the first quarter the previous year.

During the quarter, the company acquired one wholly owned facility and one at certificate of occupancy for approximately $18.3 million. It also made a certificate-of-occupancy purchase through a joint venture for about $15.9 million.

The company paid a quarterly dividend of 78 cents per common share, which was equal to the previous quarter. It was paid on June 30 to common shareholders of record on June 15.

Total revenue increased 24.1 percent over the previous year, while operating costs increased 29.4 percent, resulting in an NOI increase of 21.6 percent. Same-store NOI decreased 0.6 percent year over year, which was attributed to a “challenging prior-year comparable coupled with continued weakness in certain Texas markets.” FFO for the quarter was $1.24 per fully diluted common share, compared to $1.10 for the same period in 2016. Adjusted FFO was $1.33, a 0.76 percent increase.

Revenue for the company’s 435 wholly owned facilities increased 1.4 percent year over year, helped by an increase in average occupancy of 10 basis points and “modest growth” in rental rates and other income. Average overall occupancy for the quarter was 92.8 percent, with units renting for an average of $13.36 per square foot.

Subsequent to the end of the quarter, the company approved a quarterly dividend of $1 per common share, which is equal to the previous quarter.

Though the company indicated last quarter that the overall cost of its rebranding project from Uncle Bob’s was less than the projected $22 million, the REIT anticipates additional investment will be required through at least the end of 2017.

Based in Buffalo, N.Y., Life Storage operates about 700 self-storage facilities in 29 states under the Life Storage and Uncle Bob’s brands. Its portfolio of owned and managed facilities comprises more than 49 million square feet.

Same-store revenue was $42.7 million during the quarter, a 5.8 percent increase from a year ago. This was driven by a 6.3 percent increase in average annualized rental revenue per occupied square foot. Average occupancy was 89.4 percent as of June 30, down from 90.4 percent last year. Same-store average occupancy was 90.2 percent, down from 90.8 during the same period last year.

The company acquired 10 self-storage properties during the quarter for $70 million. The facilities are in five states and comprise about 700,000 rentable square feet in more than 4,900 units. NSAT also acquired four unconsolidated properties in two states comprising 300,000 rentable square feet in 3,100 units. The REIT owns 25 percent of those facilities and contributed $12.5 million toward their purchase.

On May 25, the company declared a quarterly dividend of $0.26 per common share, which was an 8 percent increase over the previous quarter. It was paid on June 30 to holders of record on June 15.

Headquartered in Greenwood, Colo., NSAT is a self-administered and -managed REIT focused on the acquisition, operation and ownership of self-storage properties within the top 100 U.S. Metropolitan Statistical Areas throughout the United States. The company has ownership interest in 468 storage facilities in 26 states. Its portfolio comprises approximately 29 million net rentable square feet. It's owned by its affiliate operators, who are contributing their interests in their self-storage assets over the next few years as their current mortgage debt matures.

The company acquired three self-storage facilities during the quarter for $11.6 million. Two of the properties are in Indiana, with one in Ohio. Together they comprise 200,000 net rentable square feet. It also completed one new development and various expansion projects that added 200,000 net rentable square feet to its portfolio for $21.9 million.

The company reported a regular common quarterly dividend of $2 per common share, which was equal to the previous quarter. It also declared dividends with respect to various series of preferred shares. All the dividends are payable on Sept. 28 to shareholders of record as of Sept. 13.