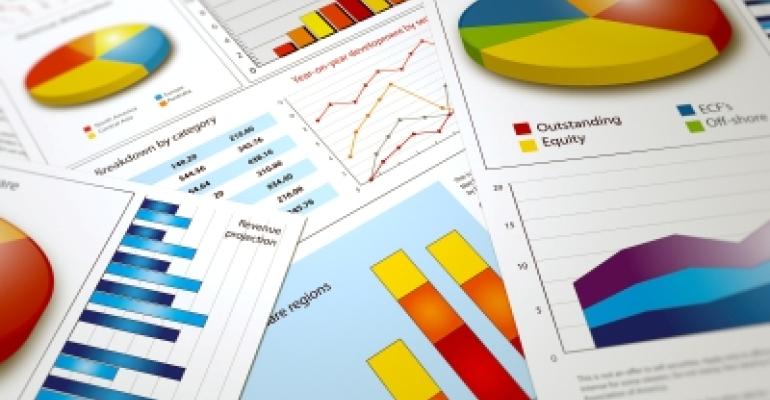 "Strong operational and financial performance continues to be driven by occupancy gains across our same-store portfolio," said Christopher Marr, president of CubeSmart. "Notably, we posted sequential same-store occupancy gains of 90 basis points during what is typically a seasonally slow first quarter, contributing to an expanded year-over-year gain of 640 basis points. Meanwhile, our pipeline of external growth opportunities remains steady, and we continue to maintain a measured and disciplined investment approach."

"We experienced another strong quarter. Solid operational performance and record high occupancies have once again helped produce outstanding financial results, said Spencer F. Kirk, Extra Space CEO. Disciplined growth continues to enhance our results, as we have benefited from recent acquisitions and the growth of our third-party management platform. We are optimistic and have confidence in our people, our technology and our properties as we enter peak rental season."

CubeSmart reported FFO per share of $0.20, a 25 percent year-over-year increase. Same-store net operating income (NOI) at its 328 facilities grew 7.6 percent year over year. The company attributed this to 6.8 percent growth in overall revenue and a 5.4 percent increase in property operating expenses.

The company closed on one self-storage acquisition in Phoenix for $6.9 million during the quarter. CubeSmart also closed on dispositions totaling $11.4 million, including four assets in Houston and one in Indianapolis. The Indianapolis disposition completes the companys exit from that market.

Same-store revenue increased 7.5 percent and NOI rose 10.8 percent compared to the same period in 2012. FFO was 46 cents per diluted share, resulting in 39.4 percent growth compared to the first quarter the previous year.

Same-store occupancy grew by 290 basis points to 88.6 percent as of March 31, compared to 85.7 percent at the same time last year.

The company purchased two properties during the quarter for approximately $12.9 million. They are in Illinois and Maryland. Extra Space also has five additional properties under contract for $53.6 million. The acquisitions are expected to close by the end of the second quarter.

During the quarter, the company acquired two self-storage properties (149,000 net rentable square feet) in Arizona and Georgia for approximately $14 million. Public Storage is under contract to acquire another Arizona facility for approximately $8 million.

The company reported a regular common quarterly dividend of $1.25 per common share. It also declared dividends with respect to various series of preferred shares. All the dividends are payable on June 27 to shareholders of record as of June 12.

FFO for the quarter was 82 cents per fully diluted common share, compared to 75 cents for the same period the previous year.

Same-store revenue increased 8.1 percent year over year due to an increase in average occupancy of 530 basis points (87.4 percent), reduced move-in incentives and growth in insurance commissions. Average overall occupancy was 85.7 percent, with units renting for an average of $10.76 per square foot.

Sovran acquired three properties during the quarter in Boston; Long Island, N.Y.; and San Antonio. The properties were purchased through two separate transactions for $22 million and comprise approximately 131,000 square feet.

The company paid dividends of 48 cents per common share.

Sovran, which operates facilities under the brand Uncle Bob's Self Storage, operates 471 facilities in 25 states, with a large presence in Texas.

In all, same-store average occupancy was at 81 percent for the quarter, up from 73 percent year over year. Occupancy for the companys Homeland Portfolio increased to 75 percent from 51 percent during the first quarter 2012. The Homeland Portfolio consists of 12 lease-up self-storage facilities acquired in December 2011 for $80 million.

Cash flow from operation increased by 103 percent from $2 million during the first quarter the previous year to $4 million for the three months ended March 31, 2013.

The Strategic Storage Trust portfolio includes more than 100 self-storage facilities across the United States and Canada that are branded as SmartStop Self Storage. It includes approximately 70,000 self-storage units and 9.2 million square feet of rentable storage space.