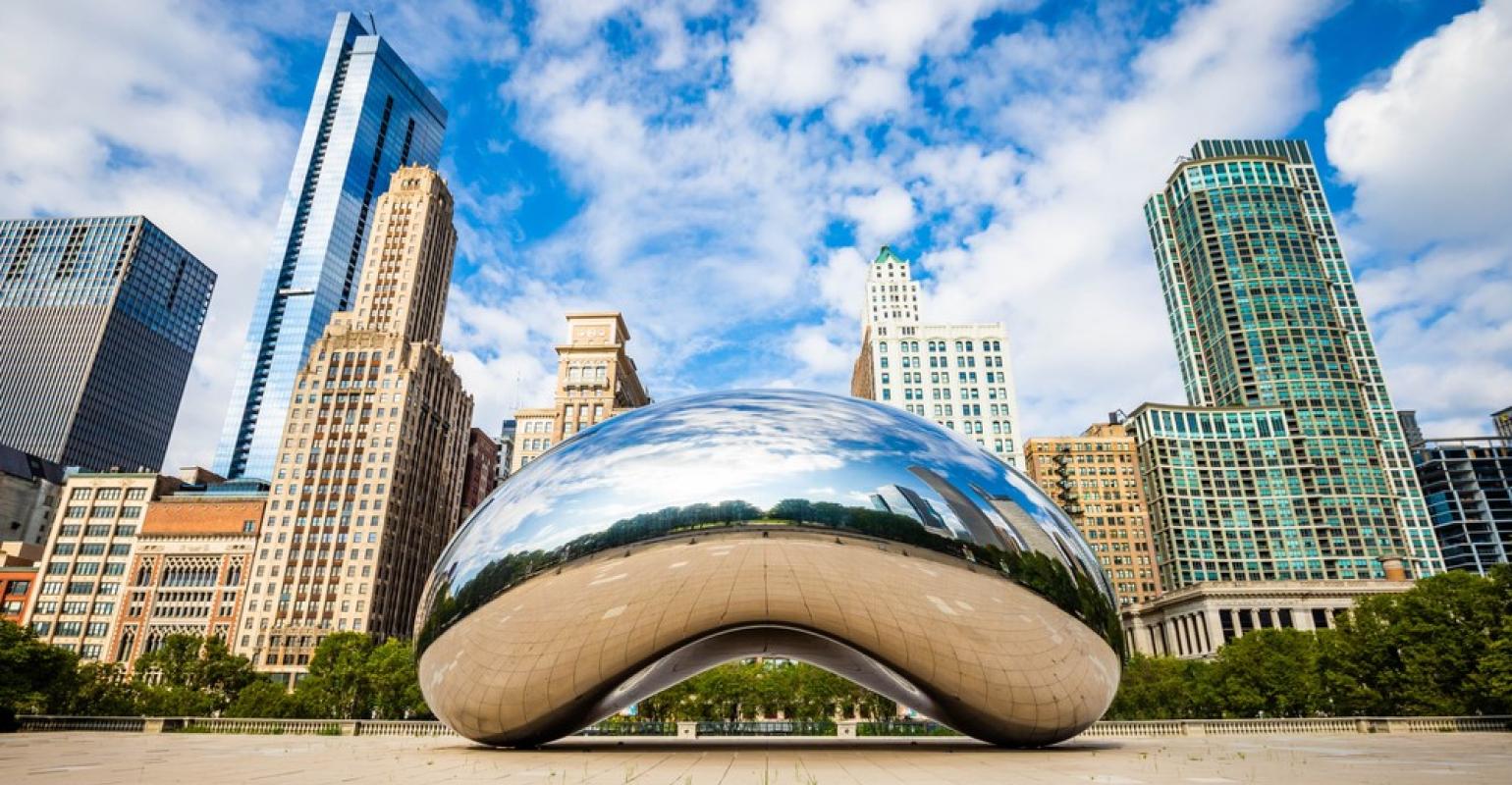 The Windy City offers opportunities for self-storage development and investment, but they come with obstacles. Find out what they are and why you should consider the underserved market of Chicago.

Statistically, the Chicago area sure looks like a desirable self-storage market for developers, investors and owners. The metropolitan region has one of the largest and most diverse populations in the nation, and one of the lowest self-storage penetration rates (referring to the amount of space used per capita). Its demographics are generally excellent, particularly in its suburbs, with high median household incomes. But all is not well in Chicagoland.

“We’re not touching anything new there with a 10-foot pole,” says Bob Soudan, a partner at Lock Up Self Storage, the Northfield, Ill.-based owner and manager of about 45 self-storage facilities in eight states, including nearly 20 in Chicago and its surrounding communities. The problem? High property taxes in Cook County, mixed with burdensome zoning and building regulations that many say stifle new construction, conversions or facility expansions. How high are those taxes? Nearly quadruple that of Florida, where Lock Up Storage also does business.

The property taxes aren’t as high in suburbs outside the county, but they’re still elevated by national standards. Indeed, all of Illinois is considered the second-least tax-friendly state in the country, according to a recent report by Kiplinger, a publisher of personal finance news and business forecasting.

Not everyone feels as strongly as Soudan. They say every market has its challenges, and savvy investors just have to more be careful in the general Chicago metropolis. “I wouldn’t be doing business there if I didn’t think it was good,” says John Murphy, owner and president of Next Door Self Storage, which operates 17 facilities in Illinois, including some in Chicago’s outer suburbs. “It varies from area to area.” 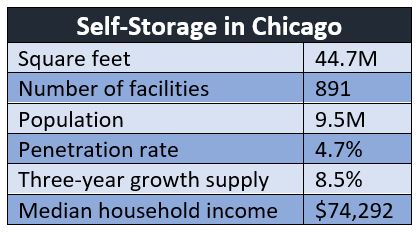 Yes, the Chicago/Elgin/Naperville area is seemingly attractive. The self-storage penetration rate in only 4.7, well below the national average of 5.8 and an attractive figure for those looking to build or buy in the region, according to data from Radius+, a company that specializes in self-storage data, analytics and location intelligence.

Unlike other cities, Chicago hasn’t experienced a tremendous building boom in recent years, with only an 8.5% increase in overall supply over the past three, Radius reports. Prices in the region remained remarkably steady in the years leading up to the coronavirus pandemic, which caused wild fluctuations in rental rates in 2020. Nationally, prices shot up late last year due to the increased demand for self-storage space caused by the economic downturn.

In the months leading up to the COVID crisis, prices for 10-by-10-foot, climate-controlled units in the Chicago area were going for about $100. This past winter, prices were hovering in the $137 range, according to Radius+. Meanwhile, the occupancy rate for facilities owned or managed by the real estate investment trusts is hovering around 95%, the company reports.

But some of those statistics raise questions. Why hasn’t there been a building boom? Why are some owners and investors down on the market? There seems to be an almost a love-hate relationship going on in the Windy City—and it all comes down to taxes and regulations.

“On the surface, there should be a lot of good development opportunities in the Chicago area, especially in the outer suburbs,” says David Spencer, vice president and senior advisor for The Storage Acquisition Group. “But the Chicago area is facing challenges—challenges that you may not experience in other markets that offer the same or better upside. The tax burden, in particular, can really complicate the financials on projects in Cook County.”

Radius+ Principal Cory Sylvester agrees there’s a sense the market is underperforming, when it could be—and should be—doing much better, at least based on statistics. “There’s a lot of stagnation in the market,” he says, noting the region’s population growth has also fallen in recent years. “The high property taxes create vulnerabilities for businesses.”

As the data shows, there has been building in the Chicago area, mostly in the outer suburbs, and it has led to some pricing pressure. But as in other areas of the nation, development has slowed considerably since the pandemic. Facilities under construction would only add about 1% to the area’s overall supply of 44.8 million square feet of self-storage space.

In the suburbs, there seems to be a healthy amount of competition among real estate investment trusts, and small and mid-size self-storage operators, industry officials agree. “Despite the pandemic and all the other challenges, there’s still a lot of demand out there,” Murphy says.

Next Door operates facilities in downstate Illinois cities such as Champagne, Peoria and Springfield. Murphy has no intention of entering Chicago proper due to its high taxes, regulations and the hard-knuckle politics for which the city is known. “It’s an area of the pond that I don’t want to jump into,” he says.

Conversely, Spencer warns that people shouldn’t get too pessimistic about the metropolitan area. “It’s a massive, massive market, both regionally and nationally,” he says. “There are a lot of good opportunities there. But you have to look for them carefully. There are excellent opportunities if you do the research.”

Self-Storage in India: Expanding to Meet Local Demand and Changing Consumer Needs
May 01, 2021