Self-Storage Design Study: All Storage of Texas and Its Unique 'Box Office' 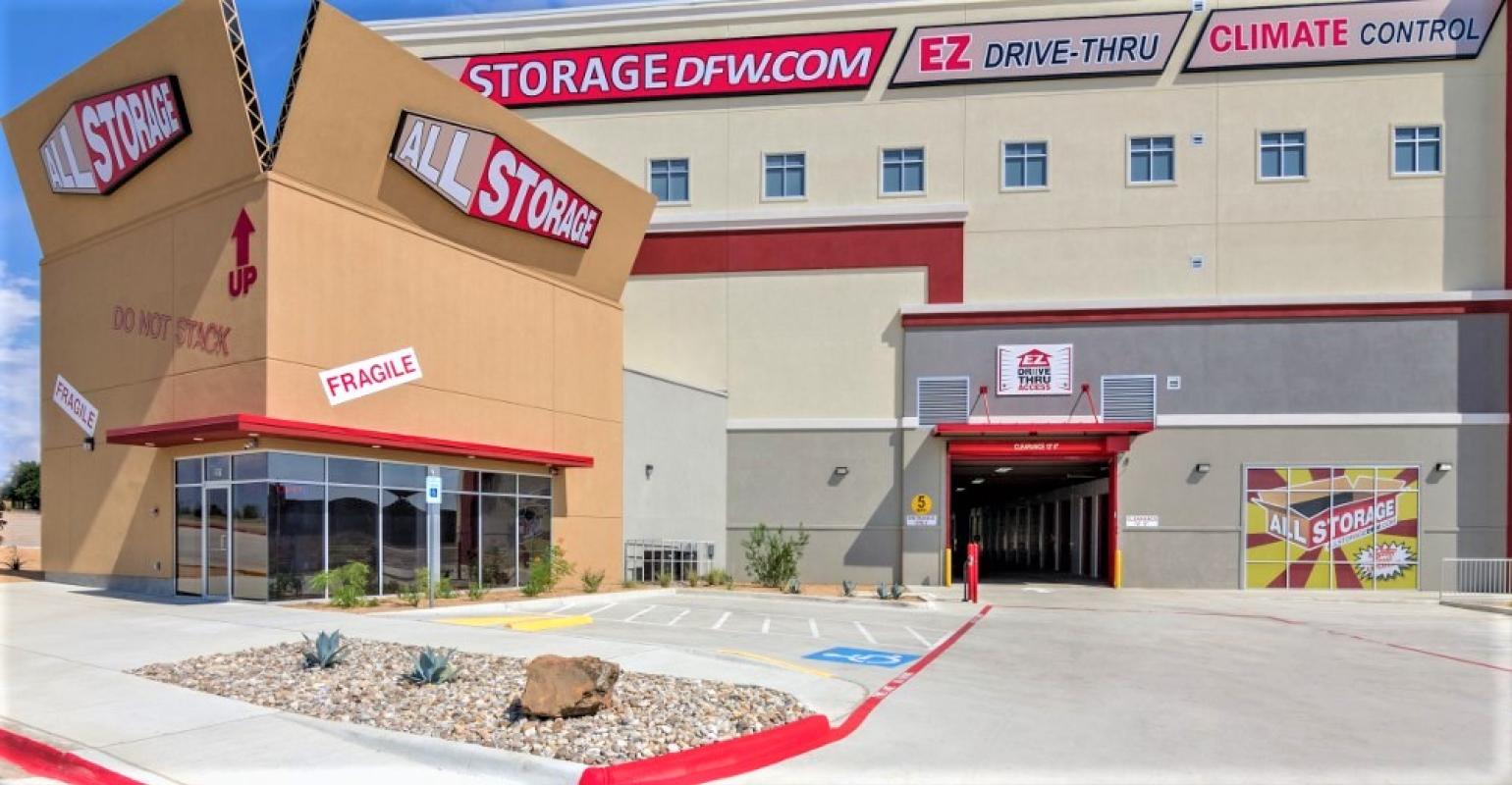 While revamping one of its Texas facilities, All Storage stumbled upon a unique design that would help the brand stand out in a competitive market. Learn about the inspiration behind the company’s “cardboard box,” the challenges faced in getting it right, and the result.

Every self-storage operator faces the same challenge in a saturated market: finding a way to stand out. All Storage of Texas cleared this hurdle by designing a facility that would not only draw attention but would elevate its facilities to the status of community landmark.

The company’s “cardboard box” façade, also referred to as its “box-office design,” includes a 30- to 40-foot exterior structure that looks like just a cardboard moving box, complete with open flaps and stickers that read “This Side Up,” “Fragile” and “Do Not Stack.” The architectural wonders of this building, which houses the facility-management office, ensure passers-by will stop, point and snap photos, resulting in brand awareness and new tenants. Let’s look at how the design came to fruition and the development challenges involved.

All Storage owns and operates 42 storage facilities in Amarillo and the Dallas/Fort Worth area of Texas as well as Oklahoma. In 2013, it was converting its McCart Avenue site in Fort Worth. The facility was a legacy building with a low-rise, offset office. Being in the midst of a corporate rebranding, the company took the opportunity to do something creative.

“We wanted to create a new prototype of a store that spoke to the spirit of All Storage,” says CEO Jay Schuminsky. “We wanted to be inviting and friendly, so we thought, ‘Hey let’s put a little box on top of the office.’” What the team actually envisioned was a giant cardboard box that would catch the eye of potential customers, act as a sort of beacon for those in search of self-storage, and remain in the minds of those who might need it later.

All Storage was intent on replicating a cardboard moving box on a much larger scale, but construction of the initial design involved some logistical and aesthetic challenges. “It was important to get the right shade that would bring a bit of life to the exterior without being a toned-down cardboard color,” says Oziel Vigil, project coordinator for Reliable Commercial Construction, the builder behind the project. This involved building smaller mockups and experimenting with varying dimensions and materials.

“We had to get the perforated look just like cardboard. We didn’t want to do anything that wasn’t spot-on and first-rate, just like our brand and our facilities,” Schuminsky says. “We really over-engineered it, if anything.”

Next, the companies had to adjust the outer flaps to account for wind, which meant reinforcing the design with metal poles. The poles had to be close enough to the base to avoid being visible and detracting from the overall look.

All Storage also faced some zoning challenges. In some markets, it had to obtain municipal approval and submit drawings with specific elevations. However, since remodeling the first facility, the company has incorporated the design into three new developments.

After constructing the first facility of this style in Fort Worth, All Storage decided to trademark its design. This involved applying for a Class 39 trademark that includes the cardboard box along with the open corrugated flaps and label stickers. The process required the company to work closely with a legal team, and it waited about nine months for approval. During this time, it continued with construction.

“You have to build before you get the trademark to show you’re using it,” Schuminsky says. “There’s a period where you can get turned down or you can get pushback from other people; but we waited, and we were very happy to get approval.”

Schuminsky believes the design also influences employees. “There’s an enthusiasm that comes from working at a storage facility that has something that’s so different and fun. It also creates a lot of excitement for customers. When kids come in with their parents during a move, it makes the process more enjoyable. That offsets some of the stress of that life change.”

Drawing on its current success, All Storage has plans for six more stores in Aledo, Texas. The company believes the visual appeal will draw prospects who are focused on unique amenities and a customer-centric experience. Combined with the growing population in the Dallas/Fort Worth metroplex, this should result in high occupancy.

“We find that aesthetics and quality are important to our customers,” Schuminsky says. “We try to have the best in class. Many of our units are up to 14 feet high so tenants can store more for the price. We have music in our facilities. We really try to bring a better experience. The box-office design is a good example of that bright, friendly space. It speaks to the All Storage experience as a whole.”

Krista Diamond creates content for All Storage, which owns and operates more than 40 self-storage facilities in Oklahoma and Texas. The properties offer unique features such as an EZ drive-thru, extra-large units, wider drive aisles and online billpay. Krista is a graduate of the University of New Hampshire and lives in Las Vegas. When she isn't writing about storage, she’s climbing mountains in the desert.

A Focus on Physical Well-Being: Designing Healthy Self-Storage Buildings for Staff and Customers
May 19, 2021

Praiseworthy Self-Storage Projects for a Modern Market: 2021 Facility-Design Showcase
May 14, 2021