The Path to Sustainability: Designing Self-Storage to Be Eco-Friendly and Achieve Green Certification 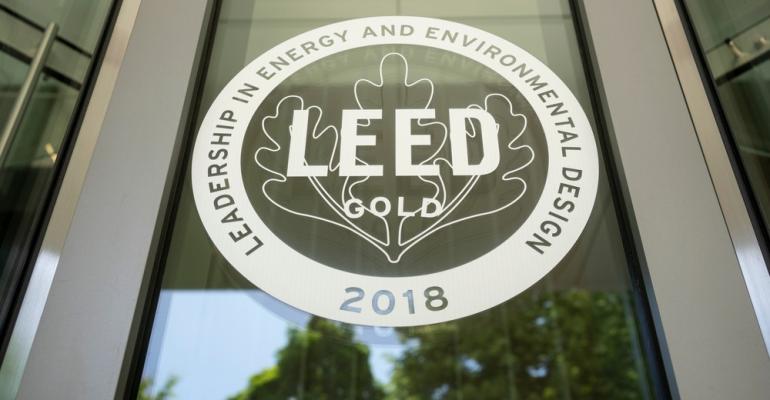 Self-storage is already a “green” building product, yet there are additional design options that can improve a facility’s sustainability. Find out what they are plus how and why you should earn certification for your next project.

Buildings account for about 40 percent of all U.S. energy consumption and a similar percentage in greenhouse emissions. Addressing this and a host of related ecological issues is the reason people, businesses and jurisdictions are pushing to have better, more sustainable structures. The good news is modern self-storage facilities are already pretty green.

State-of-the-art storage projects tend to have an energy-efficient skin with limited openings and low traffic. Steel and concrete emit low VOCs (volatile organic compounds). They’re also durable and can have surprisingly high-recycled content. Pair those basics with LED lighting on motion sensors and efficient mechanical systems and you have many of the bases covered by just following best practices—things you would do to save money in construction and operations anyways. The trick is proving it. Documentation tends to be the one cost that doesn’t help your bottom line.

So why document it? Because you must. Zoning boards often require it as part of the “deal” to allow your self-storage use or because urban areas are starting to require some sort of green certification for any project over a very low threshold.

Sustainability is about more than just using LED lighting, adding solar panels or having a green roof. The goal is to create a building that’s good for the people using it as well as the local community, one that lasts a long time and runs efficiently. Self-storage has what it takes to be sustainable already, so it’s really about paying attention to the design upfront and not letting it get lost during construction.

You can also turn that lemon to lemonade by touting your certification in facility marketing, including signage and website badges. People are demanding that products and businesses play their part in helping our environment and, frankly, this is one more way you’re presenting your facility as clean, safe and secure. If you can do that and save money, it’ll be a win-win.

Which documentation system to use is a common question for self-storage owners and developers. Many people have heard of LEED (Leadership in Energy and Environmental Design), which is one of the oldest and most widely used green-building certification programs in the United States. It’s also one of the most common referenced standards that local government agencies designate as “suitable.” Doing so lets them save money by not having to review complicated projects with perennially short-staffed agencies. Instead they get you to spend your money to get certified. This can cost from $25,000 to $100,000 in documentation, energy modeling and commissioning.

Another certification system we’ve used for several self-storage projects is EarthCraft. It tends to cost less and uses a more hands-on, onsite review process during construction to ensure you get the tight, high-performing building for which you’re paying. We recommend this option, as it can be half the cost of LEED.

The last system we see used in some jurisdictions, especially when it’s the city building department requiring you to be green, is to have your team certify that they’re designing to the International Green Construction Code by the International Code Council (aka the building-code people). This still requires a series of third-party reports, testing and HVAC-system commissioning. We expect this’ll become more widely used and accepted, since it's built into the regular building code. 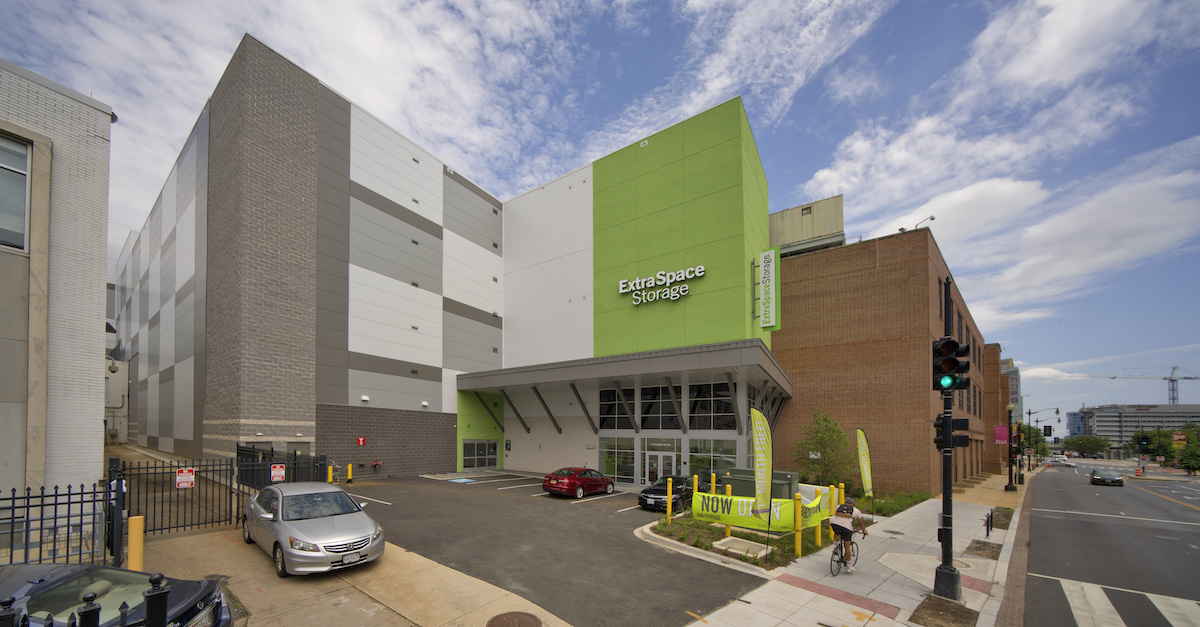 So, what green and sustainable ideas are best for getting the highest return on investment for your self-storage project? Start with the layout. For example, getting the sun to melt snow for you is pretty cheap, so we always try to set entrances and loading areas on the south side of the buildings and let drive aisles to run north-south if possible.

One of the next best investments you can make—even if you don’t need green certification—is commissioning. Make sure each and every mechanical unit in your facility is running as designed and your team knows how to operate it at maximum efficiency. This is money in the bank—every month. It’s stunning how easily your expensive equipment can be short-circuited by simple installation mistakes or undermined by people overriding systems, even with the best of misguided intent. Commissioning makes sure it’s built right and gets you an operating manual, so your team knows how it's supposed to work.

Reducing infiltration is next and may be your biggest overall savings. Keeping your costly conditioned air inside, where you’re paying for it to be, is paramount. Investing in a tight skin and the infiltration package the insulation guy offers (buy it!) are smart moves.

After that, using auto-closing and tight entrance doors is key, whether they’re roll-up doors with auto-close features and infiltration hardware, or auto-parting retail-style doors with air curtains. Both are simple and cost-effective measures that’ll reduce expenses every day. An open 8-by-8 loading door can bring in almost 600 cubic feet of air per minute. That’s a lot of air to heat or cool repeatedly.

In northern or windy areas, we often use airlock entries with powered doors leading into an elevator lobby that uses a second set of powered doors to access first-floor units. An added benefit is increasing security for those spaces.

HVAC choices are getting narrower for new projects that are required to satisfy the ever-increasing hurdles of the LEED energy section. To meet them, you may need to go with super-efficient VRF (variable refrigerant flow) systems, a technology originally invented by Daikin Global in 1982. Like ductless mini-splits, VRFs use refrigerant as the cooling and heating medium.

It’s a really smart split system with one unit on the roof powering multiple interior units. Unfortunately, it can be expensive. On a recent 100,000-square-foot self-storage project in Washington, D.C., it cost about $150,000 more than a standard, gas-fired split system. The good news is the components are much thinner (12 inches), so you reduce headroom issues, and they legitimately run much more efficiently. One local developer estimates he’s running at 25 percent of his normal bill for a comparable project. By reducing that estimated $29,000 bill to $8,000, the payback is awfully quick, especially if you have to do it anyway to gain certification.

The truth is the code minimum for building insulation pencils out to be more than enough. For years, I thought more was better; but engineering models for a recent self-storage project in Maryland showed that using R-30ci roof insulation (the code minimum) had estimated utility bills of $29,077. If we increased it to R-40ci, it lowered the cost by a whopping 1.3 percent to $28,674.

Instead of the normal temperature for offices, which is 72 degrees year-round, best practice for self-storage is to allow the temperature to go up to 80 degrees in the summer and down to 60 degrees in the winter. Still, you’ll likely never get a payback by going to anything greater than code minimum R-30ci. So, stay with code.

This is really a no-brainer. LED lights are now cheaper to use than fluorescent, come on quicker for better client satisfaction and are getting smarter with integral motion sensors that you can link together in groups. There’s no reason to use anything else.

As with many things, self-storage can be a little bit of a round peg in the code’s square hole. We keep seeing jurisdictions and codes requiring things that might make sense for other uses but are useless for storage.

One example is bike racks, even bike showers. One city requires bike racks based on one per every 10,000 square feet of building space. For an average self-storage facility, that’s 10 bikes for two employees and people carrying their apartment belongings to your facility. This triggers bike lockers, showers, etc. Big sigh. It happens, and something similar will likely happen in your project.

What about meeting and exceeding these requirements, you might ask? You’ve probably read several articles on net-zero concepts. These usually require solar panels and other costly efforts to offset your energy. That’s a whole separate article!

For now, don’t be afraid of saying yes to a sustainable self-storage project. You’re reasonably close already if you’re building a new state-of-the-art facility. You just have to prove it.

Rebekah Brown and Jack Wilbern are partners with bwdarchitects Inc., formerly Butz-Wilbern Ltd. Based near Washington, D.C., the company leverages 30-plus years of providing effective, efficient and exceptional design services to individuals, corporations and developer clients. The company has designed more than 75 million square feet of self-storage nationwide. To reach them, call 703.356.6771; email [email protected].

The Eco-Friendly Initiatives Creating Earth and Customer Positivity at Stor-It Self Storage of Australia
May 19, 2022

Big Yellow Has Gone Green! See How This UK Operator Is ‘Doing Its Bit’ for the Planet
Feb 02, 2022