My Worst Nightmare Come True: My Self-Storage Facility Caught Fire While I Was Away! 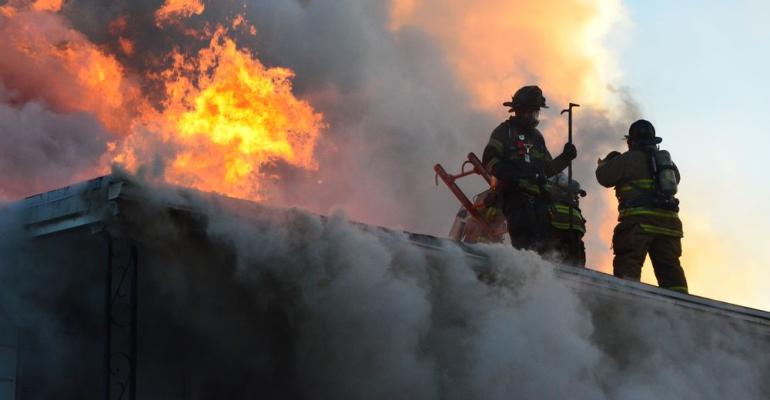 What’s worse than a fire occurring at your self-storage facility? One that happens while you’re on vacation, 3,000 miles away! A California operator shares what happened when his disaster nightmare became a reality.

It was late July, and I was enjoying a beachfront vacation with my family on the Outer Banks of North Carolina. I rarely leave my self-storage facility for as long as a week, but this was one of those trips I wouldn’t have missed for the world. So, I brought my relief manager up to speed, made sure everything was in order, and off I went.

As the owner, when I travel, I'm constantly thinking about things that could go wrong and how quickly I could get back if necessary—especially if I’m going to be on the completely opposite coast, like I was this time. Every night, I went to bed with my phone on my nightstand showing the live camera view of the facility entrance and the street in front of our house, which is on the same property.

On Tuesday morning, I woke up at 8 a.m. EDT and looked at the screen. All seemed quiet. But when I rolled over and checked it again a few minutes later, the camera view was full of fire trucks, hoses, water and firefighters running around! I switched to another view and watched them attack my access gate and break off the lock. 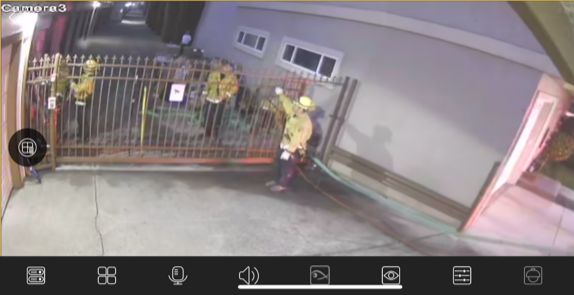 I grabbed the phone and frantically called a neighbor. “There are fire trucks in front of my house. What's going on?" He jumped out of bed and was on his way over. I flipped through all my camera views and couldn’t see any fire. All the cameras were up and running, so whatever was happening, the security wiring hadn’t yet melted. That left me hopeful.

As I sat across the country watching firefighters with ladders, axes and power tools head toward my self-storage units, I was completely helpless. No audio, just video. Was my house on fire? The crew was going behind my building, which shares a chain-link fence with the Bay Area Rapid Transit (BART) train system. I could see they were going up on my metal roof, but my view was severely limited. They had their hoses all hooked up and were pumping water, but I couldn't see any spray.

A few minutes later, my neighbor reported that there was a vegetation fire on the adjacent BART property that had been caused by a malfunction of the electrical service to the third rail. The blaze was beginning to burn the back of my building, but responders refused to douse it. Turns out, whatever had gone wrong, it managed to electrify 1,000 feet of fence between the properties. If the firefighters put water on it, they risked being electrocuted or electrifying the resulting puddles. So, they stood there and watched as my building started to char. 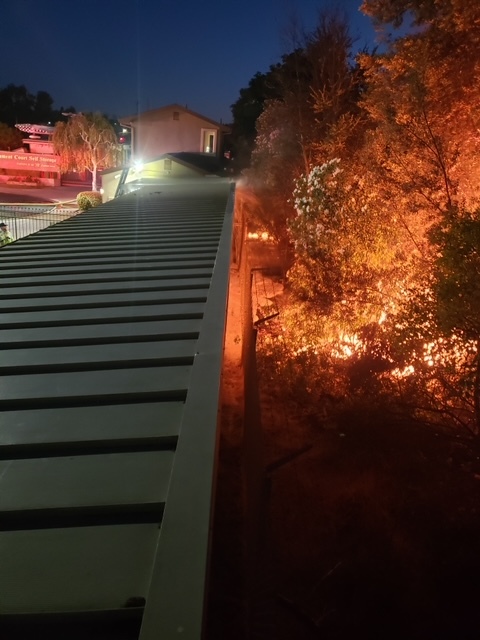 A few minutes later, they must have gotten the all-clear because they finally began to soak the flames. I watched them saw off the locks from several self-storage units and move items away from the affected wall. Half a dozen workers pulled everything out of one unit and tossed it into the driveway. I'm yelling at my phone to take it easy on the tenant’s stuff!

Once that unit was empty, the crew crudely cut the back wall and axed through to the burned vegetation to ensure there was no fire in any of the walls. What I couldn’t see was more people peeling back my metal-standing rib roof and using a chainsaw to cut into the 12 inches of attic area. The roof is now destroyed, and the plywood sub-roof looks like beavers chewed on it. 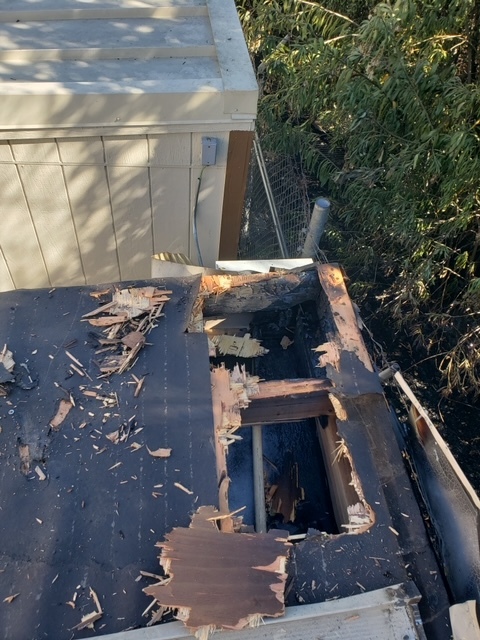 When they removed the lock from the second unit, they also cut through the door itself. It’s an older door that’s no longer in production and cannot be replaced. They used an infrared heat sensor to determine there wasn’t any heat in that unit and thankfully left it undisturbed. Would have liked them to use that on the back wall and attic area of the first unit they nearly destroyed! Over the next hour, I watched responders coil up their hoses and put away their gear while my adrenaline was pumping from 3,000 miles away.

Afterward, five of my seven keypads and two of my gates were no longer working. I had melted, exposed wiring on the side of the building, one tenant’s belongings in the road, a damaged door, and I was at least a day of travel away.

It could have been worse. No one was injured, no tenants lost their goods, my building was still intact, and there wasn’t any rain in the forecast until at least 2026. But I had a bunch of issues to address that my relief manager wasn’t equipped to handle and still another five days of family vacation. I started making calls:

2. Contact the gate-hardware guys and see if they can send an emergency crew to get my gates working, so my relief manager can get people in and out.

3. Contact my access-control guys to send an emergency crew and get my keypads back up and running.

Amazingly, the gate guys got there within a few hours. After inspecting the equipment, they noticed there were burned wires inside the motor box, and the logic boards were fried. It seems the electrification of the fence also zapped the shared ground around my two gate motors. The service techs replaced two boards and did some rewiring. My gates were then working with a handheld remote. Relief. Likewise, the keypads were able to be fixed, as I had a spare part in the office.

My self-storage facility was up and running at 100% by close of business the same day as the fire. Pretty amazing, and all orchestrated from 3,000 miles away with the help of a terrific neighbor who moved the one tenant’s belongings back into their unit, and two service providers who didn’t just give up. So, I cancelled my flight home and had a delightful week with my family—though I’ll admit, I peeked at my camera in the middle of the night much more than I should have!

Storman is a moderator on Self-Storage Talk, the industry’s largest and most active online community. He owns and operates a facility in Northern California.