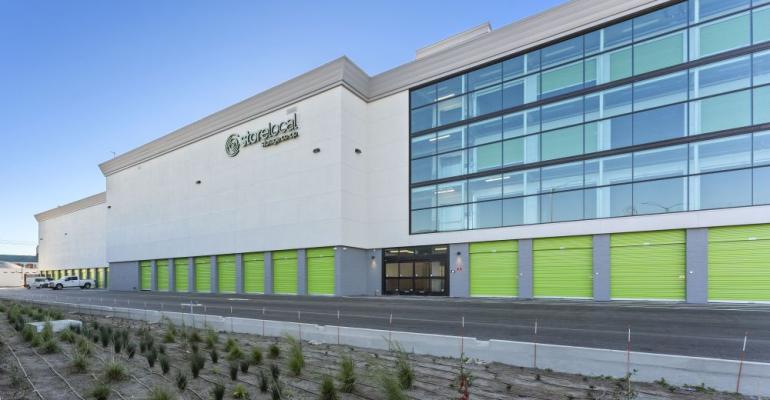 Even when you find the “perfect” site for your new self-storage development project, progress is never guaranteed to go smoothly. In this case study, you’ll read about the construction of Storelocal in Oakland, California, and the challenges Platinum Storage Group faced in bringing it to fruition.

Commercial real estate company Platinum Storage Group, which operates a national portfolio of self-storage facilities under the Storage Direct and Storelocal brand names, recently completed construction on a new project in Oakland, California. The directive from company president Genevieve Sigmund was to develop a facility that could capitalize on demographic shifts within the Bay Area, where many residents have been leaving San Francisco in search of more affordable markets.

The resulting Storelocal facility at 10 Hegenberger Court is designed to do just that. Well-positioned along Interstate 880 and just minutes from the Oakland Coliseum and Oakland International Airport, the four-story asset comprises 112,000 rentable square feet in about 1,100 units. But it didn’t come into existence without its share of challenges. Let’s take a closer look at the details, including specific obstacles faced and how Platinum overcame them.

Of the parcels for sale in the area, this site is just about perfect thanks to the heavily traveled Hegenberger Road, a major east-west arterial that carries the bulk of traffic to and from the airport and has on and off ramps for the 880 Nimitz Freeway. The 1.87-acre parcel literally abuts the freeway, with 294 lineal feet of frontage. It provides the best kind of visibility for self-storage, plus very desirable traffic volume along nearby streets and freeways.

The site contained an old, single-story, industrial building that needed to be demolished, but that isn’t unusual for an infill project in an established area. Once the offer for the property was accepted, the design and development process was quickly underway. 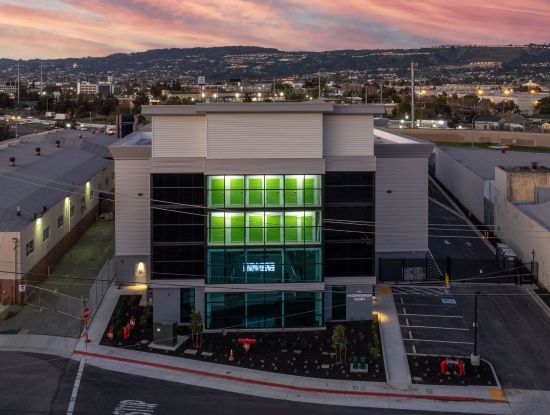 Platinum hired my architectural firm to handle the design and land-use entitlement process. As is often the case in large cities, this development required a conditional-use permit and conformance with the California Environmental Quality Act to establish and allow self-storage as a use.

Initial design work began in January 2016. Various site studies were completed to evaluate site efficiency, and eventually, ownership approved a final design with a building footprint of 39,133 square feet and four floors. Development calculations included lot coverage of 48.3%, and a 1.91 floor-area ratio, which is the building size in square feet divided by the site area. Given the somewhat irregular shape of the parcel, the numbers were quite good and proved that the land-use efficiency would be financially viable.

Vehicle access would be from Hegenberger Road and a short distance along Hegenberger Court. The exterior that greets visitors is a large, inviting, glass façade, with a 2,000-square-foot office facing the street.

Standard self-storage materials were studied, but the project proceeded with an unconventional II-A construction type necessary to achieve the four stories. Primary components include a concrete-block first floor and steel-tube, post-and-beam construction on the upper three floors. Exterior finishes include a combination of smooth metal panels and stucco. To take advantage of so much visibility from the freeway, the design also incorporates large, upper-story windows that display colorful, roll-up “show” doors. This is a popular design in self-storage today, as it makes the purpose of the building clear.

The final design contains 1,087 self-storage units ranging in size from 5-by-5 to 10-by-30 square feet. A neutral color scheme of light and dark grey was chosen to provide a complementary background to the colorful lime-green unit doors. 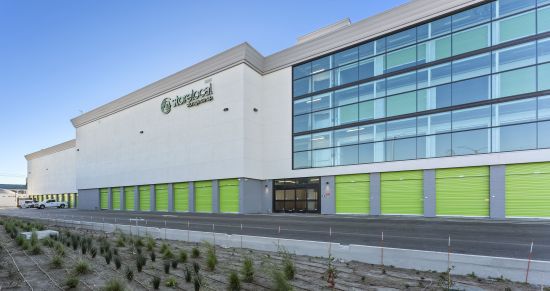 Oakland is a large city, and the design-review process involved many sub-departments in addition to the standard planning department. Fire, engineering and building reviews took several months to complete, but the conditional-use permit was eventually approved by way of a public hearing in December 2016.

Large cities have may ordinances that affect building, and in this case, the standard battles regarding development fees took quite a while to straighten out. Self-storage projects tend to get hit hard with fee assessments due to their large building area, even though their direct impact on city services such as water and power is low, and they have low traffic generation and parking demand. Still, this 154,535-square-foot building triggered mitigation fees that added up to more than $1 million. This was in addition to the standard plan check and building-permit fees. Thankfully, Platinum and its consultants were able to negotiate the amount down to a reasonable figure.

Once that was settled, the building-permit process began. The first plan-check submission was made in July 2017; however, the complex city process took several months longer than expected. The permit was eventually approved in August 2019.

During the plan-check process, the project received bids from several qualified general contractors with experience in self-storage. Initial cost estimates were higher than expected, which necessitated value engineering to reduce construction costs. This helped substantially. The project permits were obtained in October 2019, once the building- and grading-permit fees were paid. 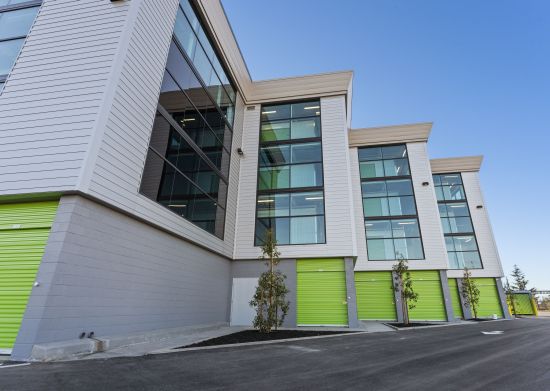 As soon as site grading began, it was discovered that the soil had been contaminated by a previous industrial user. Exporting polluted soil and importing a clean replacement is difficult in enough, but the fact that this site is in a densely developed area complicated matters further. There were also site-drainage issues connected to the wet winter weather common to Northern California. Both caused a slow start to construction.

On top of these delays, the project faced restrictions stemming from COVID-19 as well as supply shortages for materials and labor. During the initial phases of the pandemic, self-storage wasn’t considered “essential construction” by the state, and the city’s building department stopped all inspection work, causing a six-week delay. The general contractor invested a lot of time and effort to set up an in-house COVID-management expert who could help them meet the state’s requirements. This continued even after the construction restrictions were lifted.

Pandemic-related protocols at city hall greatly increased the time it took to review and approve construction items. For example, approval of the subcontractor’s fire-sprinkler plans took 12 months, delaying all work on that part of the project. Concurrently, the fire department took 18 months to approve the fire-alarm system, causing further interruptions. Shortages on labor and building materials hit the latter stages of construction.

Much of the work had to be done out of sequence as materials and labor became available. Ultimately, the original construction timeline had to be extended from 18 months to more than two years. Despite all these challenges, the general contractor and development team worked through them creatively. The project received its first occupancy permit in March, allowing occupancy of the office and first floor. As of this writing, delays in elevator deliveries and inspections were still being resolved, with full occupancy expected shortly.

As someone who’s been in the self-storage industry since 1983, I’ve never seen a project with greater construction-phase challenges. One of my favorite sayings is, “All the easy ones have been done.” This probably isn’t entirely true, but there’s no doubt that developing a well-located, well-designed self-storage facility in a desirable area is worth the battle. The occupancy projections at this Storelocal site are very strong, and the project will undoubtedly be very successful.

Ariel L. Valli is president and principal architect of Valli Architectural Group. He has 44 years of experience in architecture and land planning, with an emphasis on facility design. As a practicing licensed architect, he’s been responsible for the design of numerous types of buildings including residential, commercial, institutional and industrial. To reach him, call 949.813.4191.