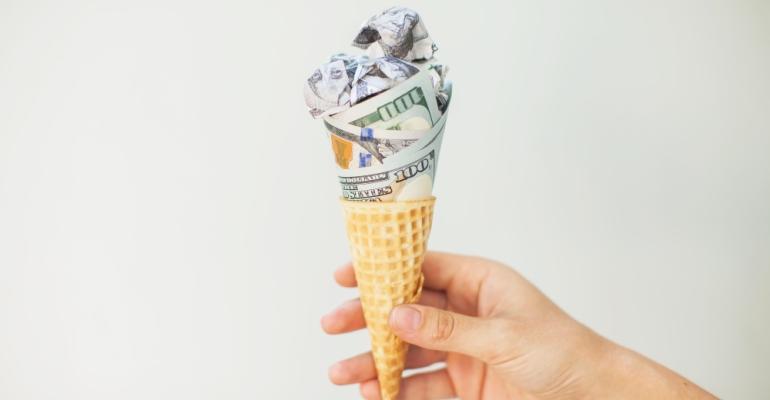 There’s a surplus of empty buildings in urban areas, but not all are ideal for a self-storage conversion. This case study of the complicated adaptive reuse of a 1912 former ice-cream factory in Pittsburgh demonstrates how there can be challenges but also creative ways to overcome them.

Location, location, location. We wouldn’t repeat it three times if it weren’t important. But what happens when there are no pristine (or even available) lots for construction of your next self-storage project? Land constraints are increasingly pushing owners and developers to consider the adaptive reuse of existing industrial buildings in established urban areas, bringing new life to outdated or abandoned properties.

From a development standpoint, these sites are often already supplied by adequate utilities and easily accessed by car. Additionally, local municipalities may offer financial incentives for the repurposing of deteriorating properties as one way to tackle blight. Reusing existing construction is also environmentally responsible, diverting tons of materials from landfills and avoiding the generation of embodied carbon within the new building.

So, what could go wrong? Unfortunately, there’s often a reason why these structures were left vacant. In some cases, years of neglect and limited investment can lead to rusting or rot of structural members, outdated mechanical and electrical systems, and other issues made worse by years of compounding water damage.

Challenges are inevitable during the course of a self-storage conversion project. This article discusses the various considerations that went into converting a circa-1912, five-story, wood-framed, former ice-cream factory in Pittsburgh into a storage facility with a new six-story, steel-framed addition in the adjacent parking lot. My company served as the structural engineer for the project, working alongside TAO Architecture + Design. 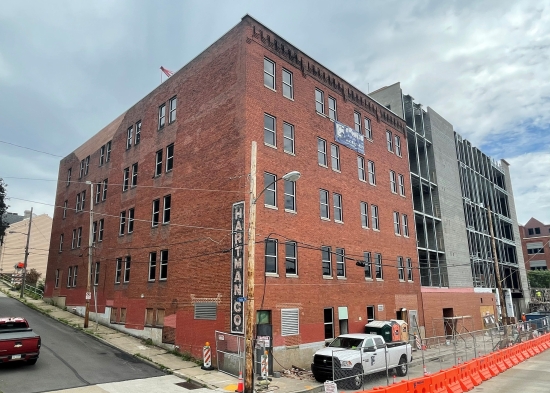 To begin, we performed an evaluation of the existing structure. The current International Existing Building Codes (IEBC) have costly provisions that go into effect if stresses are increased in individual members beyond code allowances, so thorough assessment of the structure was essential.

In our case, the original design documents weren’t available, so we performed a comprehensive field survey of the building’s exposed elements, verifying the condition of the wood framing and brick walls and noting the areas that required repair or replacement. Thankfully, this building was in relatively good condition and required minimal structural repairs.

The next step was to analyze the data to determine if the structure could handle the loads from this change in occupancy. IEBC has strict limitations on how alterations can impact a structure’s ability to resist gravity and lateral loads from wind or seismic activity. First, we assessed the gravity loads to determine if the wood framing was able to support self-storage loading. We were pleased to learn the repetitive wood joists and their supporting beams and columns had sufficient capacity.

Next, we verified that the proposed modifications wouldn’t overstress the existing lateral load-resisting systems. While the existing building and addition would combine to form the new self-storage facility, we guided the design team to make these two elements structurally independent of each another. This meant the additional wind and seismic loads associated with the expanded building area wouldn’t be added to the original building.

The multi-wythe brick walls were the original, lateral load-resisting system. Our team worked with the developers and architect to maintain as much of them as possible, limiting the size of openings between the two structures and eliminating some proposed new windows.

Finally, we provided insight on the best type of floor finishes to minimize the mass being added to the structure, an important consideration that affects the amount of seismic load needing to be resisted. We settled on economical wood flooring panels designed for light industrial buildings. They weigh only 2.8 pounds per square foot, compared to 8.6 for gypcrete. Though this savings may not seem like much at first, when taken over all levels, it equates to 176,000 pounds. 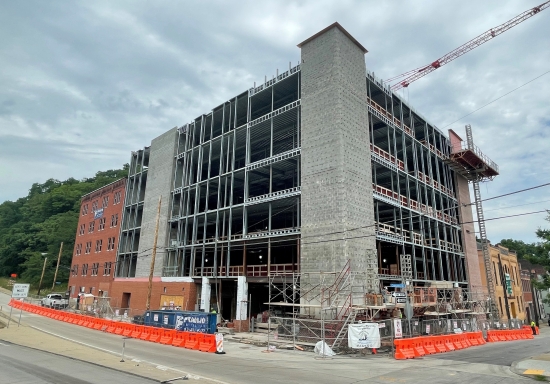 Making the Most of the Site

With the results of our investigation suggesting the existing structure was viable for self-storage, our team turned its attention to making the most use of the remaining site. Our goal now was to transform the surface parking lot into an efficient multi-story building.

The facility was designed to cover most of the parcel, but parking, loading/unloading areas and office as well as mechanical, electrical and plumbing space needed to be at the ground level. Inclusion of these elements—and the resulting loss of rentable space—pushed us to explore a basement in the new building immediately adjacent to the pre-existing one. Test pits showed that the original foundation wall extended a fair amount below grade, and the extent of underpinning along the party wall was reasonable. Our foundation design incorporated a new retaining wall to resist exerting any new lateral earth pressures on the original structure.

The structural grids were also impacted by the parking, mechanical and circulation space on the ground floor. We were presented with the challenge of transferring 33 columns above the ground floor while still matching the floor-to-floor heights of the 1912 building. Luckily, the original construction had 13-foot, 6-inch floor-to-floor, so we were able to install a number of 24-inch and 27-inch-deep wide flange beams to make this work.

Finally, Pittsburgh is known for its cold, snowy winters. For this project, we realized that the shorter, original structure couldn’t support any extra weight from snow blowing off the new, higher roof. As a result, we designed a parapet to exceed the height of the calculated drifts, which contained the snow on the new construction and allowed the existing building to take on minimal loads.

Challenges are sure to pop up during any self-storage conversion project. My advice is to communicate clearly with your development team to anticipate any concerns that may arise. In our case, the combination of our upfront condition assessment and considerable input during the design process has allowed us to get our project to completion.

Brian Rawlings is a principal with O’Donnell & Naccarato, a consulting structural engineering firm based in Philadelphia. He has experience designing multi-story, climate-controlled facilities for some of the biggest names in self-storage. He also serves as a Greater Philadelphia board member for the ACE Mentor Program of America. Brian obtained his master’s degree in civil and structural engineering from Georgia Institute of Technology. To reach him, call 800.607.7281.