Just east of New York State Route 17A and near Interstate 84, the sold Storage Station is on 3.3 acres of land and has an additional 9,000 square feet for expansion. Property features include keypad access, metal roofs and perimeter fencing.

The seller received multiple offers, and the property sold close to the asking price, according to a press release from Investment Real Estate LLC (IRE), the real estate investment group that brokered the transaction and manages the Storage Station portfolio. “The seller had a great run in the storage industry, and we were happy to connect him with a buyer who’s actively growing a portfolio of properties in the northeast. The sale was a win-win for both parties,” said John H. Gilliland, president of IRE.

Since its inception in 1998, IRE has provided brokerage, construction, development and management services to self-storage owners and investors. Its construction arm was founded in 2000 and has built more than 2 million square feet of self-storage space in eight states. 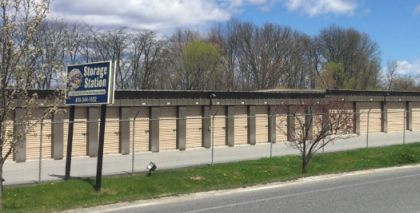