Self-Storage and Cell Towers: What Are the Leases Really Worth? 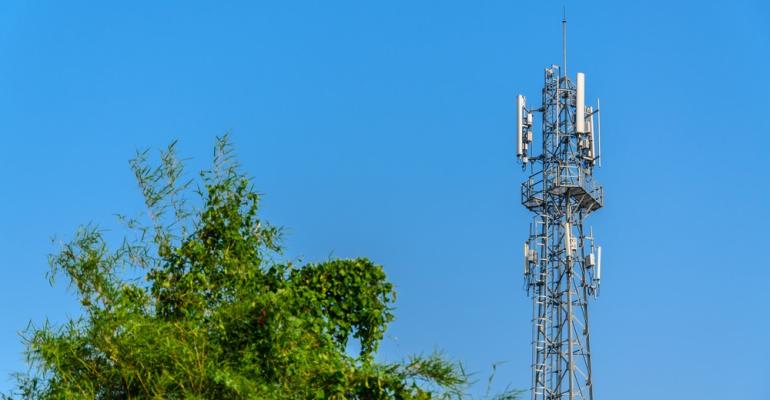 When it comes to cell-tower leases, self-storage and other property operators are often on the losing side. Rather than simply collecting rent from the tower company, learn how to maximize the value of this contractual agreement.

Since the cell-tower boom kicked off in the 1990s, the companies that place the towers have used self-storage properties more, on average, than any other commercial property type; and the trend doesn’t seem to be slowing. Unfortunately, property owners are usually on the losing side of these deals.

The cell-tower game isn’t revolutionary. It’s merely a copy of what occurred in the oil industry in the early 20th century. The oil companies engaged property owners who had little knowledge of the business and convinced them to sign long-term leases. The owners received a monthly rent check, but the companies got to keep all the oil. The owners couldn’t terminate the contracts, nor could they share in the wealth generated from use of their property. The oil companies prospered, and when the wells ran dry, they could easily end the lease and move on to the next lucrative deal.

The only difference between the oil companies and cell-tower companies is the former harvest wealth from below your property while the latter harvest it from above. The crucial component in both models is the value of the land being used. Just like an oil well, a cell-tower site only has value if it’s in the right location.

So, how does a self-storage owner know the true value of his land if he’s approached for a new cell-tower lease or asked to renegotiate an existing one? Simply stated, you need to know the individual value of your property to the cell-tower company that leases it. You can’t follow “market rents.”

Cell towers don’t have value based on being in a general area. Each site has its own worth based on the usefulness it provides to the cell-tower company and the wireless carriers that place equipment on it. Carriers like AT&T, Verizon, T-Mobile, Sprint and others don’t value sites equally just because they’re in the same state, city, ZIP code, etc. They determine the unique value of each site to their business. Property owners should do the same.

Here are a few factors that help determine how valuable a cell-tower site is or may be:

Wireless-carrier agreements. While most of the larger cell-tower companies have master agreements that set pricing for the wireless carriers’ use of their towers, some markets or situations are exempt from those models. These exceptions include large, urban markets; areas where zoning prohibits or limits cell towers from being constructed; areas that only allow certain types of towers, which increases construction and operational costs; or areas where a tower is being built exclusively for one wireless carrier.

Capital investment (cell-site cost). Rents paid to a cell-tower company can vary based on the cost to build or maintain the tower. The company usually has the sole responsibility of construction, operation and management of the tower and ground-space area. Construction costs can vary widely based on many factors; however, a typical, “vanilla” tower can cost an average of $100 to $150 per vertical foot.

Other than the costs of construction, the only other substantive expenses are the lease payments to the property owner and nominal maintenance costs. Again, the genius of the cell-tower business model is the company’s costs remain essentially the same, regardless of how many wireless carriers are added to the tower. Effectively, the subtenant rent is almost pure profit for the tower company, while the property owner sees little or no benefit.

Space. The space used by a wireless carrier on the tower and the ground can affect the rent paid to the cell-tower company. For the most part, it’s calculated by adding the vertical/mounting space on the tower, the weight/structural load on the tower from equipment and coax lines, and the square footage leased on the ground.

As you might expect, the more space used or the greater the overall impact to the tower, the more rent the wireless carrier may have to pay, as it limits the tower company’s ability to lease to other carriers. Much like the formula for Coca-Cola or the recipe for Kentucky Fried Chicken, the exact amount of rent a tower company collects is a carefully guarded secret. However, if you know what you’re doing and have experience in the telecom industry, you can review a site and reverse-engineer the rent equation.

The need for cell towers will continue to be strong, and without access to the right locations, a cell-tower company is worthless. The question you must ask yourself is: When you’re presented with your next cell-tower lease deal, are you going to take the path that has been followed for the last 30 years, or are you ready to take the lead?

Hugh D. Odom is president of Vertical Consultants, a telecommunications-consulting firm currently working with approximately 5,000 self-storage facilities across North America. Vertical Consultants clients include Life Storage Inc., Extra Space Storage Inc. and Simply Self Storage. Mr. Odom has more than 22 years of legal and telecom experience, including being an attorney inside AT&T for more than 10 years. For more information, call 877.456.7552; or visit www.vertical-consultants.com.