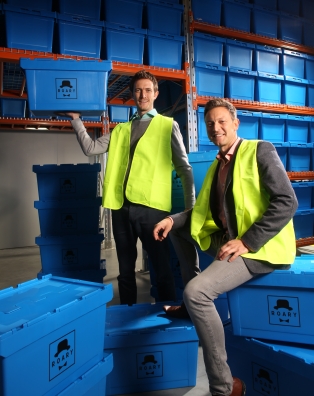 Roary, a startup business specializing in valet self-storage services, recently launched in Auckland, New Zealand. The company uses an online platform that allows customers to schedule item pickup, maintain a catalog of stored bins and bulky items, and schedule delivery of items to their home.

Similar to other valet-style storage operators, Roary offers by-the-bin storage targeted at urban residents who don’t have adequate home storage. Customers can store items for as little as $5 per month, with delivery and pickup prices beginning at $8, according to a press release.

The company was founded by brothers Rowan and Ryan Cockayne, who have invested $4 million in building a 1,000-square-meter storage warehouse in Auckland. The Cockaynes believe the valet-storage business will be in position to capitalize on expected growth in apartment dwellers during the next three years, the release said. The number of apartments in Auckland is forecast to grow 21 percent, from 26,500 to 32,000, by 2018, according to local real estate website Trade Me. Apartment sales prices are also expected to top $500,000.

“Unless you’ve got huge closets or you just don’t buy much stuff, the only way to minimize clutter is with offsite storage,” Ryan Cockayne said. “However, research tells us that many people dislike driving back and forth to a storage facility and paying for space they don’t use. So we remove the hassle of transport and safekeeping and apply a per-item and by-the-bin storage fee.”

The Roary storage warehouse features security precautions including closed-circuit television, electronic security systems and additional “mantraps,” company officials said. It was also designed to be more thermally resistant than residential buildings and is equipped with climate-control features to manage airflow and minimize mold spores, according to the release. Customers may drop off or pick up belongings at the warehouse, according to the company website.

The Cockaynes believe Roary is the first valet-storage business in New Zealand. Boxly, a startup valet-storage operator that launched service in Melbourne, Australia, in April, previously said New Zealand would be a target for expansion.