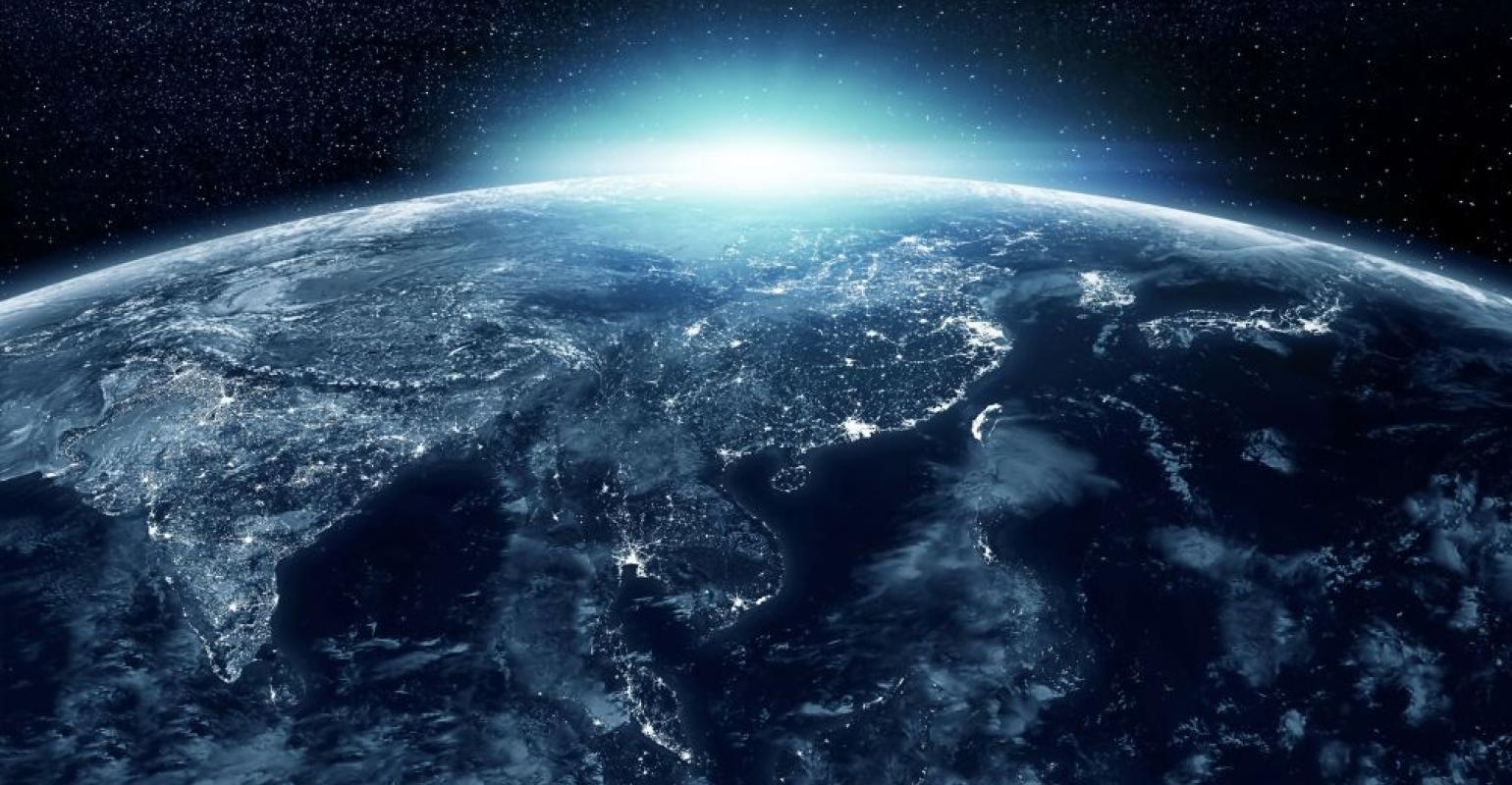 Asia is a vast, diverse region that’s difficult to define when it comes to self-storage. Learn why the future of the industry is bright in this area for those who are bold and bullish enough to take the plunge.

There is no “Asia” and no singular Asian self-storage market. While there’s a vaguely defined landmass starting in the West with Pacific Islands and ending perhaps at the Bosphorus Straits, Suez Canal or the Ural Mountains (or maybe all three), where more than 4.6 billion people reside (a lot of them with more stuff than they have space for in their homes), there’s no clearly defined self-storage industry. From mature Japan to fledgling Jordan and Dubai, the range of markets and opportunities for growth is stunning and limited only by the rising affluence of those who live in the region.

Within individual countries, there’s a huge range in industry maturity. For example, tier-one cities in China such as Beijing, Guangzhou, Shanghai and Shenzhen have multiple domestic self-storage operators as well as global investors like Warburg Pincus LLC that are building Asia-wide portfolios. But many secondary and tertiary cities have no real self-storage options beyond slapdash warehousing.

South Korea barely has a handful of operators in its capital, while multiple cities with millions of people have no self-storage at all. In India, Mumbai may have a small and growing competitive scene, but other major cities have one or no self-storage businesses. Vietnam’s two biggest cities have one operator each (one self-storage, one valet storage), and both were founded by foreigners (an American and a European).

You get the picture. Let’s take a closer look at some of the characteristics and dynamics that are driving self-storage across this vast and diverse region.

In countries like Vietnam and some parts of Thailand, expatriates are often the first to launch self-storage businesses. They recognize the glaring omission of the service in whatever area they’re in and target other expats they know will understand the concept and support a new business. This is done while the arduous process of consumer education gets underway. Real growth only occurs once affluent consumers catch on to the concept, followed by the middle class.

Other, more mature economies are farther down that road. Japan, Hong Kong, Singapore and Taiwan exhibit small residences, but their residents have been wealthy enough to acquire multiple generations of goods. Many consumers know what self-storage is or at least can identify it if prompted. That said, the per-capita availability of storage is minuscule compared to the United States or, say, Australia. Even the most mature market, Japan, is still growing, and new venues have been opening during the coronavirus crisis.

Singapore and Hong Kong are cities with comparable levels of income, similarly cramped homes, concurrent economic rise, and a legacy of industrial buildings being repurposed for the service sector. These buildings now dominate their economies. Looking closer, the Singapore self-storage market is much more concentrated, with a few large players, while Hong Kong is a varied mix of dominant first-movers (who sometimes franchise their concept), massive property developers entering the market, smaller multi-site businesses, and mom-and-pop (and kids) single-site operations. 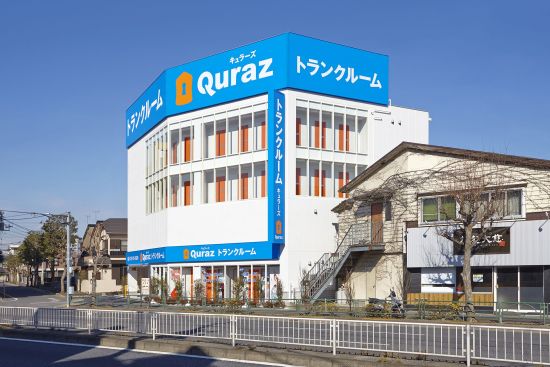 A recently opened Quraz facility in Shin-Koiwa, Japan, a suburb
of Katsushika, Tokyo

In Asia, consumer drivers aren’t that different from elsewhere, though the flavor changes. Small-scale, e-commerce business is an exciting new segment on the scene. In Malaysia, for example, enterprising university students comprise up to 30 percent of some self-storage operators’ business. In the COVID-driven recession, downsizing businesses have become a source of new revenue, albeit one that often holds out a lifeline to get through a tough time.

Consumers in countries that are just getting used to the self-storage concept tend to be drawn from the upper echelons and are often familiar with the concept from attending school in Australia, Canada, Europe and the U.S. Death and divorce are two commonly cited drivers, which are becoming more prevalent as societies modernize and experience more divorce cases and deaths of elderly relatives living independently.

Some markets have different niches depending on local conditions. For example, Beijing has a history of providing basement-level storage for apartment dwellers. However, this was uniformly dismal until professional self-storage operators like CBD Storage entered the market and raised standards. Local residents are quickly demanding better quality as supply improves.

Asia is almost blissfully free of the overbuilding that plagues some regional U.S. markets. In fact, no Asian country can claim self-storage per capita that is even a 10th of that in America. However, that doesn’t mean it’s all smooth sailing. In less mature countries, operators struggle with consumer education. Low residential costs are actually a problem, as people’s domestic consumption doesn’t outstrip their available living space.

Each market has its own obstacles. Hong Kong has spectacularly high real estate costs and a volatile regulatory environment. Singapore’s maturity presents a competitive market for savvy entrants only. Japan may present linguistic and cultural challenges when entering the market, but some operators, including American private-equity investors, have done well.

One strangely common challenge is the ability of inbound investors to buy land. Many prefer freeholdings, but in almost all parts of Asia, freehold land or its nearest equivalent (long-term leases) are notoriously difficult to secure. While many countries have restrictions on foreigners owning land, it can often be almost as challenging for domestic players. This may be the single biggest deterrent to self-storage investment in the mega-region. 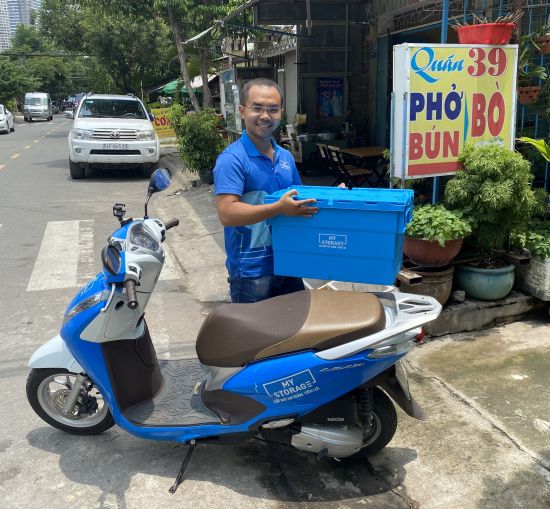 A valet-storage delivery driver for MyStorage, the only self-storage business
in Ho Chi Minh, Vietnam

That said, Asia-based investors are keen on the sector. Mega-developers that have expertise in securing land rights are gravitating toward self-storage in developed and developing economies alike. Families that built fortunes in manufacturing and warehousing near urban centers have access to land and buildings that are perfect for a storage use. They sometimes get into the business on their own or partner with established operators. For all the complaining about the travails involved in leasehold businesses, they are the norm, rather than the exception.

Investors in Asia also aspire to go outbound. It was an Asian investor, Gaw Capital Partners of Hong Kong, that kicked off the massive bidding war for Australia’s biggest operator, National Storage REIT. That bid drew in Warburg Pincus and then Public Storage Inc. before the emergence of COVID-19 put it on ice.

American, Australian, British and European investors and brokers are regular attendees at the Self Storage Expo Asia and are engaged in a multi-year process of building knowledge and relationships that can turn into deals. Industry suppliers, from storage-container providers and construction giants to software and security firms, are also regulars at the annual event and still manage to find new customers every year.

The Impact of COVID-19

COVID-19 is driving future adoption. Lockdowns have been common across Asia, both recurring and technology-driven (in terms of government and business response). Bearing and presenting personal QR codes, tracking bracelets and more are required in many countries. For self-storage, this has meant a rise in contact-free services, with operators scrambling to ensure customers can sign up, select a unit, pay and move in without having to come in contact with another person.

For those already equipped with remote access control and security, the transition has been relatively painless. Others, unable to travel to their own businesses to check on their premises or customer belongings, have needed to quickly reach out to a range of suppliers who are often under lockdown themselves.

Across Asia, self-storage has lived up to its reputation as a recession-resilient industry. Operators have held steady, if not grown spectacularly, in many markets. Most have won a small flow of new business as residential consumers cleared space for home-study.

Telecommuting for work has waxed and waned and waxed again under waves of COVID fluctuation. Savvy self-storage operators have found ways to help businesses cope with the crisis. Provisions can often be very niche. For example, Hong Kong authorities have put demands on restaurants to lower seating density, driving demand for self-storage for the excess furniture. 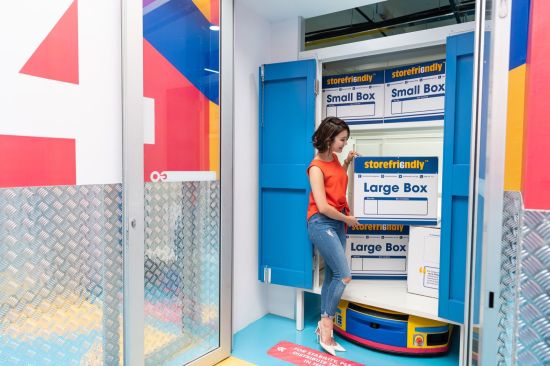 Looking Toward the Future

“The future is already here; it’s just not evenly distributed.” William Gibson, a Canadian immigrant and author of “Neuromancer,” coined this immortal phrase in 1993, but he could have just as easily been inspired by the automated Storefriendly facility in Singapore. After having their faces scanned, that site’s customers wait for wheeled robots to deliver their storage lockers.

Though trend lines for every industry have been blown out the window in 2020, it’s possible to see a post-COVID future in which powerful factors will drive self-storage growth in select Asian markets that contain 60 percent of humanity. Operators are raising funds to dominate nascent markets from the Suez Canal to Indonesia and seize the first-mover returns that were racked up two decades ago in Hong Kong and Singapore.

Rising wealth and domestic consumption will combine with small living spaces and greater mobility within nations and across borders to drive self-storage demand. It may not be possible to find or characterize a quintessential Asian market, but there are willing customers for the bold, bright and bullish.

Andrew Work is executive director of the Self Storage Association Asia, which is dedicated to helping self-storage operators, investors and suppliers who work in and are interested in the region. Among the group’s offerings is the annual Self Storage Expo Asia. For more information, email [email protected]; visit www.selfstorageasia.org and www.selfstorageexpo.asia.