In Memoriam: Michael A. Nunez, President of A+ Mini Storage

Michael A. Nunez, president of A+ Mini Storage, passed away on Nov. 7 after collapsing while exercising near his home in Miami. He was 61, according to a press release from the Self Storage Association, where Nunez served as chairman of the national board of directors in 2018. 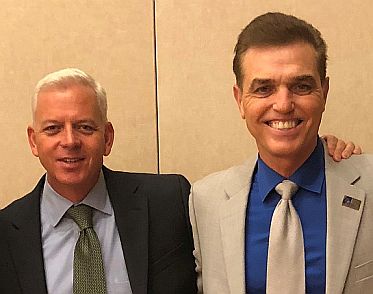 “The loss of Michael so suddenly and at such a young age is devastating for all of us within the self-storage community who experienced his remarkable involvement, and particularly to Michael’s friends and peers involved in the Self Storage Association,” said SSA CEO and President Tim Dietz. “Michael’s life represents the classic American success story. Having been born in Havana, Cuba, he became a refugee as an infant following the Cuban Revolution. He and his family settled first in Massachusetts, and then in Southern Florida, where Michael established a successful career in accounting, law and business. He was always proud to have set such a tremendous example of achievement after starting with so little.”

“Michael’s leadership left an indelible mark on our organization, which will be felt for many years,” added Dan Nixon, current SSA Chairman of the Board. “Most significantly, we mourn the loss of our amazing friend. We offer our sincere condolences to his wonderful wife, Jeannette, and beautiful daughter, Bryanna, the most important parts of his incredible story.”

The SSA plans to honor Nunez’s memory in the months ahead, the release stated.

A+ operates 10 self-storage facilities in Florida, including five in Miami, two in Doral, and one each in Davie, Hialeah and Lauderhill. In addition to traditional storage, select locations offer vehicle storage.