Now That Self-Storage Has Caught Up to Millennials, It’s Time to Start Thinking About Gen Z 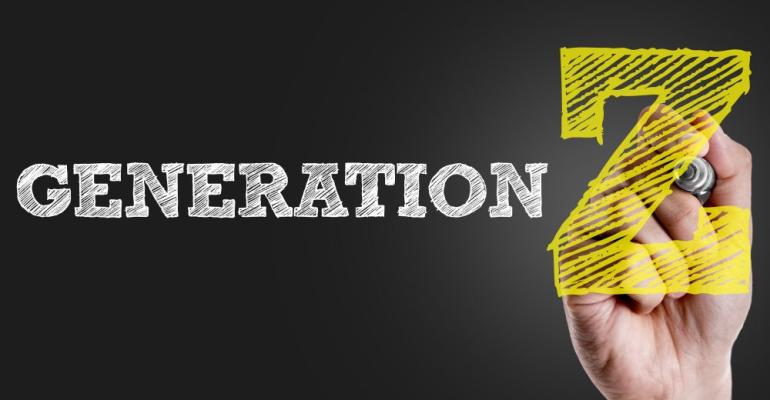 After years of discussion, self-storage operators have finally shifted the customer experience toward Millennial preferences, but now’s not the time to get comfortable. With Gen Z predicted to become the dominant economic force in the next 10 years, here are three areas of operation that may require tweaking.

Millennials have been grabbing headlines and the attention of marketers for what seems like two generations. Part of the reason for that is, based on population figures and predictable earning power, researchers knew they were going to blow past Gen Xers like myself and shove aside Baby Boomers to become the dominant economic demographic. All the talk about self-storage operators needing to adapt technologically and digitally to attract Millennial consumers has pretty much panned out, even if those actions were only recently accelerated and exacerbated by the pandemic.

Well guess what, the consumer power Millennials have now won’t be nearly as long and fruitful as Boomers. Late last year, Bank of America researchers predicted that Gen Z will be taking over the economy by 2031. While the oldest Millennials are turning 40 (FORTY!), the oldest Gen Zers are hitting that magical age of 25. Though it seems like Gen Z is just getting going, the fact is they are 2.5 billion people strong and set to become the most ethnically diverse and educated group on the planet.

With $7 trillion in earning power already, Bank of America predicts Gen Z income will grow to $17 trillion by 2025 and $33 trillion by 2030, which would represent 27% of the world’s earnings. So while they may still be mostly young, they’re already the most populous generation on the planet and influencing consumer products and marketing shifts. The oldest have graduated college and started their careers, which means housing decisions and large purchases will begin to accumulate—factors that drive and influence self-storage demand.

It’s reasonable and wise to wonder how Gen Z will be different than Millennials, even though they have much in common. The shift may not be as big a leap as moving from Boomers through Gen X to now, but there will undoubtedly be pivots and new preferences that will need to be addressed. Here are three areas of self-storage operation that will likely need tweaking in the near future:

Gen Z is the first digital-native generation, meaning Zoomers have no memory of life before the internet. They’re constantly plugged in online, and while Millennials may have given rise to the power of influencers, Gen Z appears to have shifted gears toward micro-influencers, according to McKinsey & Co., a global management-consulting firm. The difference is instead of a single brand ambassador wielding influence with millions of followers, Gen Z prefers push from influencers with a much smaller following, which McKinsey caps at 30,000. While that might sound advantageous, it’s really about a connected and collaborative conversation among several micro-influencers conversing about a brand or product to their followers.

What this likely means for self-storage operators is you should seriously consider an omnichannel approach to marketing, if you’re not already. Maintaining a presence across multiple platforms—many of which you’re not likely using now—may be necessary for visibility. By most accounts, Gen Z stays dialed in to a wide array of channels and responds well to personalized experiences and messaging. In April, a Pew Research Center study indicated Instagram, Snapchat and TikTok were the social platforms of choice among Gen Z, though that’s likely to change among younger Zoomers as they come of age.

Social relevancy is among the biggest drivers for Gen Z consumers and employees. They care significantly about global climate issues and sustainability. In all, 80% say they factor environmental, social and governance issues into their investment decisions. “Social causes are part of their identity, and this extends to their financial decisions as well,” says Haim Israel, head of thematic investing for BofA Global Research.

For self-storage operators, this will likely mean that future hires and customers will want some inkling into your stance on social and environmental concerns. These are certainly good talking points on social media, which could be bolstered by micro-influencers, but Gen Z likes transparency and proof. Actions like investing in solar panels, hosting socially conscious community events and catering some services to support small, local businesses are visible ways to show that you’re dialed into their notion of corporate responsibility.

For Gen Z, value is about more than price. Customer experience and philosophical alignment factor heavily into decision-making.

One area that will undoubtedly continue is the retail shift toward e-commerce. When you live on your phone, transactions are only a click away. That said, Gen Z likes a mix of virtual and in-person experiences, so while contactless services will most certainly remain an integral part of self-storage operation, don’t be surprised if you find more Zoomers walking through the door than Millennials, particularly if you’re actively crafting onsite experiences and services that resonate with them.

Another interesting tidbit is Gen Z tends to be financially conservative and adverse to credit cards. The BofA report indicates they’d rather use cash than credit, and if you have an older Gen Zer in your life like I do, you know how little they like to use or carry cash. This means having cashless, pay-by-phone options at the point of sale will become increasingly important as a measure of transactional convenience.

There’s still much we don’t know about Gen Z as adult consumers and how their emerging and evolving preferences will impact retail services and marketing engagement, but it’s a good idea to begin to think ahead because the next generational economic shift is already beginning to ripple.

2023 Technology Showcase: Self-Storage Vendors Reveal Their New Hot Products and How They Benefit You
Jan 27, 2023

So, You’ve Just Updated Your Self-Storage Rental Agreement … Do Your Existing Tenants Need to Sign It?
Jan 24, 2023