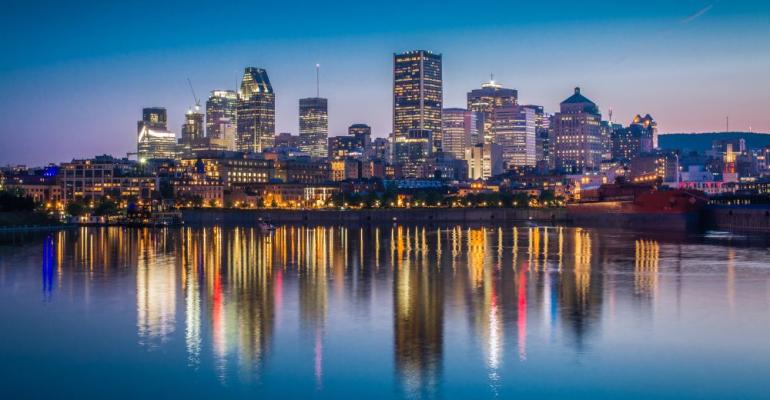 Montreal is a unique city with a distinct culture, which has naturally impacted its growth as a self-storage market. Read why industry developers and investors need to be well-versed on the area and its idiosyncrasies if they want to leverage its full potential.

There are many differences between the Canadian and U.S. self-storage markets, including higher construction costs and capital-gains taxes in Canada and a much lower amount of storage per capita. And those disparities are magnified in Montreal, the country’s second largest city, which serves as the cultural and economic center of the Quebecois. It has its own unique laws and regulations, including the mandatory use of French when conducting (most) business. It’s almost like its own little nation.

Though there are many things U.S. self-storage investors need to learn when trying to crack the Montreal market, the first is entreposage, the French word for storage. “French-Canadians are very proud of their language and heritage,” says Alain Gingras, senior director at StorageMart, which owns eight facilities in Quebec, including five in the Montreal area. “Anyone who doesn’t understand that [pride] is going to be in for a surprise.”

Like other large Canadian cities, Montreal is an attractive market for both long-time self-storage owners and new investors. With more than 4 million people living in the metropolitan area, demand for storage is growing, albeit at a slower pace than in the U.S. Still, rents are strong, running about C$200 per month for a 10-by-10 unit.

Demand alone doesn’t account for the solid pricing. The metro has a relatively small supply of self-storage facilities (about 136), which amounts to about 1.39 square feet of storage space per person. That’s a low penetration rate compared to other major cities in Canada, according to Radius+, a company that specializes in self-storage data, analytics and location intelligence.

There are a number of reasons for the low supply, including the fact that the city is an island at the confluence of the St. Lawrence and Ottawa Rivers and doesn’t have much available space on which to build. The cost of land is quite restrictive, and it’s difficult to find affordable development space. Montreal is also an older city, so building conversion is usually the way to go for most developers.

Even if you can find a suitable property, zoning and permitting are tough, which increases the time and cost of construction. And those costs are already high, as they are throughout most of Canada, even compared to the increasing rates we’re experiencing in the U.S.

The lack of available land coupled with tight zoning restrictions has tended to push new self-storage construction into the suburbs. Even in those areas, the pace of development is slower than in other areas of Canada, according to industry officials.

Something else to consider is that modern self-storage—meaning multi-story facilities with sophisticated climate-controlled systems—is relatively new to Canada. “People here are just discovering self-storage,” says Simon Berman, co-founder of Montreal Mini-Storage, which operates 14 facilities in Quebec and has two conversion projects in its pipeline. “There’s a relatively low awareness, but it’s gaining acceptance. People realize they need space.”

There are also cultural barriers that can make it challenging for some non-French speakers to do business in Montreal. “It’s different doing business in Quebec in general,” says David Allan, vice president of Apple Self Storage, which operates 36 facilities in New Brunswick, Nova Scotia and Ontario. “Montreal is such a wonderful city. They’re very proud of their heritage, so they have specific laws to protect it. It’s little things that can be a challenge, such as [having to conduct] digital marketing in both languages.”

In addition, French-Canadians tend to like doing business with local or regional companies when possible, so larger brands, including national (or continental) self-storage operators, may be at a disadvantage when it comes to enticing some customers. Consumer sentiment and other high-barrier factors partly explain why there are relatively few large self-storage players in Montreal compared to the rest of the country. For example, about 50% of self-storage facilities in Toronto are owned by national companies. In Montreal, that figure is about 15%. Hesitancy by developers and investors to enter the market may also play a role in keeping that figure low.

Ultimately, Montreal’s overall attractions, including its size, growing storage demand and solid pricing, should outweigh any challenges in the long run. It’s a unique city and a good self-storage market, with a lot of potential to grow. Just remember, it’s entreposage, not storage. Or entreposage libre service (self-storage), if you really want to impress the locals.

Bluebird Self Storage of Canada Takes Domestic-Violence Survivors Under Its Wing
Dec 01, 2021