Winning Proposal: Strategies to Triumph in the Self-Storage Entitlement Process 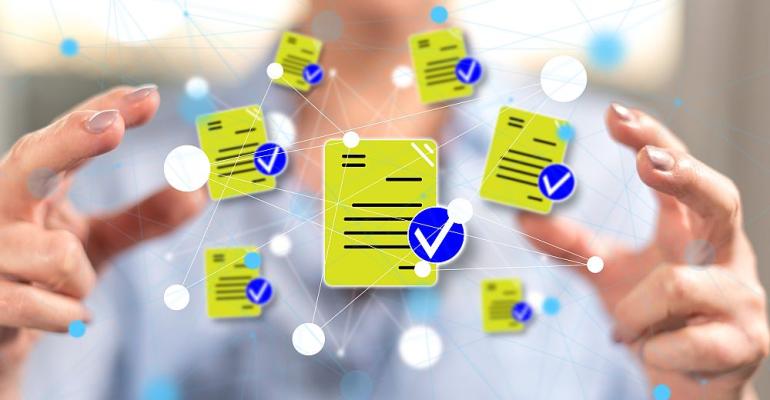 Despite a proliferation of self-storage development nationwide, many municipalities have made the entitlement process more difficult. Luckily, you can often gain project approval by learning to compromise, presenting favorable designs and educating city officials.

Before the pandemic, self-storage development was already booming, with brisk activity nationwide. But as COVID-19 swept across the globe, it stimulated even more building because of changes in how and where people suddenly lived and worked. Due to strong, sustained demand, the storage industry became increasingly attractive to the real estate investment community, particularly institutional investors searching for stability amid increased turbulence in other sectors like hotels and multi-family.

While it was once relatively easy to secure the necessary municipal approvals to build self-storage, the proliferation of facilities across the country has prompted many jurisdictions to push back. Some have enacted moratoriums on self-storage development. Others are taking an increasingly cautious approach to approvals for storage projects.

In states where entitlements are already difficult and expensive to secure, such as my home state of New Jersey, further delays and complications in the entitlement process can sink a project before it ever begins. The good news is it doesn’t have to be a headache as long as developers keep the following in mind: compromise, design and education. Let’s take a look at each.

While compromise is key in any real estate entitlement process, the backlash against self-storage development in many municipalities makes it vital. Even if a town doesn’t have a moratorium, it might have zoning rules in place to limit our product.

For example, on a recent project my company built, the municipality was agreeable to our development but had restrictions on outdoor storage. Fortunately, this didn’t kill the project; but it did prevent us from adding outdoor boat/RV storage or offering truck rentals. Knowing this ahead of time, we conservatively underwrote the proposal to ensure it would still be viable without those revenue streams. Though we would have liked to include both, we knew compromise would be key to approval.

For many non-industry people, the phrase “self-storage” conjures images of dated, obsolete construction, deteriorated landscaping and poorly maintained asphalt, often in an industrial park or on the outskirts of town. But modern self-storage design is a far cry from that first generation of facilities, which offered very little in terms of aesthetics.

In recent years, planning and zoning boards, consumers, and institutional-grade operators have pushed for a higher standard in self-storage design, particularly as facilities have moved into more visible, accessible locations that offer more customer convenience. Now, any developer hoping to win approval must understand that the look of a facility is critical.

Our stores have become part of central business districts and local communities, and design must often complement the surrounding area to succeed. For this reason, self-storage buildings are increasingly designed to reflect the neighborhoods which they serve. In many places, they’re designed to look like apartments or office buildings, incorporating upscale materials such as brick and stone.

Before you submit a development proposal, get to know the area’s character and history, and build those elements into your plan. Though it can add to project cost, the time and effort you invest won’t be lost on skeptical planning boards. It’ll also pay for itself later in the form of increased revenue.

Many city officials and community members have preconceived notions about self-storage, and you’ll likely need to fight against these negative perceptions throughout every stage of the entitlement process. For example, you’ll likely hear concerns about hazardous materials being stored or poorly managed properties resembling junkyards. It’ll be up to you to educate the decision-makers.

People outside of our business aren’t aware of new operational techniques and the heightened professionalism and sophistication brought by institutional capital, digital marketing, revenue-management software, etc. Take time to articulate what modern self-storage looks like. Highlight its many municipal values, such as minimal impact on local traffic and community resources like schools, police stations and hospitals. Emphasize that a storage facility has significantly less impact than any other building of similar size. It’s also important to reference the high tax revenue it generates, and that it often can serve as incubator space for small local businesses and startups.

Don’t assume your audience understands the safety measures and features of modern storage facilities, either. It’s crucial to underscore these elements, including the fact that institutional-grade storage facilities are maintained to the highest possible standards and boast state-of-the-art security and fire-suppression systems.

Winning entitlement for a self-storage project is ultimately about how well the developer conveys the benefits of the asset class to less-knowledgeable stakeholders who control its fate. While the industry will continue to see tremendous demand over the next several years, there’ll be matching pushback from municipalities. Recognizing the knowledge gap is important, but it’s also vital to be strategic in providing key compromises, a welcoming design and an education process that ensures officials can make an informed decision. During the entitlements phase, you want to ensure decision-makers are inspired to help bring your project to life as a partnership with the public.

Nick Minoia is founder and managing principal of Diversified Properties LLC, a commercial real estate developer and owner, with a diverse portfolio of assets throughout the Northeast. He has overseen the firm’s decade-long expansion into ground-up self-storage development. To date, the company has acquired or developed self-storage properties valued at $75 million. The company is actively pursuing additional self-storage opportunities and has a development pipeline valued at $50 million. To reach him, call 908.273.2400.