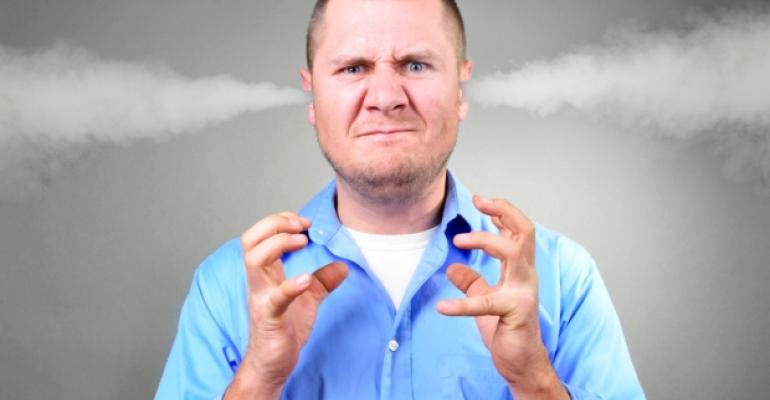 The customer may not always be right, but even during instances when a tenant or prospect is out of line or completely off the rails, maintaining decorum and civility should be your first line of defense. When it comes to customer service and business-reputation management, volatility can do irreparable damage to your self-storage operation.

I’m a firm believer that the customer isn’t always right, but even during instances when a customer is out of line or completely off the rails, maintaining decorum and civility should be your first line of defense. There are many reasons why situations dealing with the public, clients, business partners or vendors can become volatile, but when it comes to customer service and business-reputation management, volatility can do irreparable damage to your self-storage operation.

Earlier this week, we reported on an incident at Stetson Commons Self Storage in Colorado Springs, Colo., in which a man identified as an employee of the storage facility allegedly accosted a disabled woman who had stopped on the sidewalk in front of the property to rest. The woman, who was with her service dog, said she stopped because she became dizzy on her walk home from a nearby store. After two or three minutes, the man reportedly emerged from the storage facility to confront her and told her she was trespassing. He also allegedly hit her in the head with a sign and told her repeatedly to leave.

Video footage from the incident captured on the woman’s cellphone shows the man berating her while holding a vertical sign that ironically says, “WELCOME.” The woman apparently posted the video to her Facebook page, which has since received more than 11,000 views. The story was covered on the local news by television station KRDO. Its online story has elicited 50 comments.

Let’s assume for a moment that the woman was trespassing, since the walkway on which she was resting is part of the storage property and not a public sidewalk. The inference from what she told the news station was that she was resting on the ground. The dog was fitted with a service vest. If you were the self-storage owner, manager, maintenance worker or in any way affiliated with that facility, what would your reaction have been?

Even if I knew she was trespassing and believed her presence could be bad for business, the first thing out of my mouth would have been to ask her if she was OK. If my aim was to get her off my property before any tenants or prospective customers saw her, I would have looked for a quiet and quick solution to help her move along. I have no idea if the man inquired about her well-being. Even if he did and her response was uncooperative and rude, it’s difficult to understand why the situation escalated to the point where he allegedly hit her in the head with the sign.

This sort of reaction from a business only invites secondary problems. Beyond possible legal consequences is the impact from negative publicity and public perception. Social media is a powerful way for those who believe they’ve been victimized to find solidarity and sometimes force action. While Facebook and Twitter users can sometimes be unfair with overreactions to one-sided incidents similar to the Colorado example, once a narrative is unleashed, it can be difficult to redirect or corral.

Self-storage owners and managers need to be cognizant that nearly everyone they encounter is likely armed with an audio-recording device and video camera. Right or wrong, the Internet enables everyone to be his own media outlet and any viewers of an account to draw judgment and act as a content distributor, whether it’s an accurate portrayal or not.

Problem customers or random strangers come in many forms and personalities. As difficult as it can be, the best way to protect against fallout from a potentially damaging incident is to remain calm and keep your wits about you. Even when logic and reason fail, and a customer is absolutely in the wrong, resorting to violence or an act of intimidation rarely, if ever, will result in a positive outcome.

Carol Mixon-Krendl, president of SkilCheck Services Inc., has tackled manager behavior during the last few Inside Self-Storage World Expos, including a presentation on “Keeping Your Cool in Heated Situations” a couple of years ago. This year, she extended similar insight to help managers be “Ready for Anything,” particularly as that notion applies to emergency preparedness and the ability to navigate catastrophic situations that can be wrought with a multitude of challenges for tenants and storage operations.

Dealing with difficult customers can be a tiring and frustrating endeavor. I am not above board and have had a handful of incidents I’d like to have back. Fortunately, none were particularly volatile or caused unnecessary damage. I’ve also been able to reconcile difficult situations and turn them into fruitful and rewarding business relationships. That path may not always be possible or warranted, but it’s a far better goal or course of strategic action than hitting an unwitting person upside the head.