Storage King, which operates 25 self-storage properties primarily in Southeast England, has agreed to sponsor the Gloucester-Hartpury Women’s Rugby Football Club (WRFC) for its 2018/2019 season. The company will provide administrative and financial support as well as activities for fans on game days, according to a press release.

“We are excited to be involved in sporting development that is inclusive and diverse. Rugby is a game which unites the whole community, and it is wonderful to see Gloucester-Hartpury fans make their way to the games weekend after weekend,” said Storage King CEO Robin Greenwood. “One of our company’s goals is to make a difference in the various communities which we are a part of, so we are excited to be entering into a partnership with such a passionate and community-focused organization as the Gloucester-Hartpury Women’s Rugby Football Club.”

The club’s first headline sponsorship will provide a platform for the team to grow. It was also recently announced that six players have been named to England’s training squad, the release stated. “The Gloucester-Hartpury WRFC is really excited with our new relationship with Storage King. Not only is Storage King a forward-thinking company, but they are genuinely interested in being involved in the women’s game and helping it grow,” said head coach Susie Appleby. “Storage King has grown rapidly over recent years, much like Gloucester-Hartpury WRFC, and we believe that together we will make the team go from strength to strength.’’

The Storage King portfolio includes 13 owned facilities and 12 properties under licensing and management agreements, primarily in Southeast England. It comprises about 577,000 gross leasable square feet. The portfolio was acquired last year by Stor-Age Property REIT, which operates the Stor-Age Self Storage brand in South Africa. 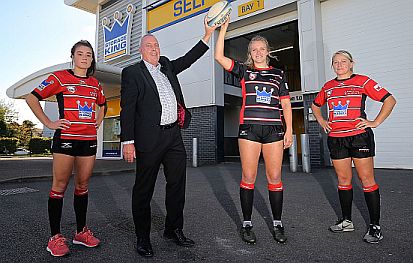