Anne Ballard, president of training, marketing and developmental services at Atlanta-based Universal Storage Group (USG), a company that provides third-party management services and training for self-storage businesses, has been elected president of the Georgia Self Storage Association (GASSA). She was elected to a one-year term in December. 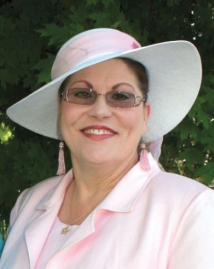 Anne Ballard, president of training, marketing and developmental services at Atlanta-based Universal Storage Group (USG), a company that provides third-party management services and training for self-storage businesses, has been elected president of the Georgia Self Storage Association (GASSA). She was elected to a one-year term in December.

Known throughout the industry as “The Hat Lady” for wearing a variety of fashionable headwear, Ballard served nearly 12 years as executive director of the Georgia Storage Owners Society, a precursor to GASSA that Ballard helped to found in 1992. She also served as a GASSA board member and chair of its education committee.

Other officers of the GASSA 2015 board are Stacey Gorman, secretary; David Milam, treasurer; and Mark Shirey, acting vice president, according to the source. GASSA is also in search of an executive director to replace Chuck Manley, who concluded seven years in the position in December. Ballard said she would like to have a new director in place by March.

As president, Ballard wants to increase GASSA’s membership from its current total of 240 to better represent Georgia’s 1,600 storage facilities, she told the source. To assist with growth across the state, she would like to host up to four association meetings during the year outside of the Atlanta area. “We can’t forget about those people in the outlying parts of the state that we serve,” Ballard said.

Another goal is to hold a second annual expo. GASSA held its inaugural expo last October in Marietta, Ga. Historical Savannah, Ga., could be a possible destination for the 2015 expo, but no decisions have been made regarding the event, she told the source.

Ballard takes over as president at a time when the state has seen a sizable increase in self-storage demand and development. Many Georgia operators are forecasting double-digit growth this year, she told the source. “We’re starting to see more development after so many years of nothing,” she said. “It’s a busy time in storage again.”

In 1993, Ballard founded Universal Management Co., which merged with fellow management firm RES Management in 2013 to form USG. She also served on the national Self Storage Association’s board of directors. A frequent speaker at industry events, she will present a session titled “Studying Your Self-Storage Competitors and Leveraging the Data,” at this year’s Inside Self-Storage World Expo, which takes place April 6-9 in Las Vegas.