Don Temple, a self-storage industry pioneer, entrepreneur and philanthropist who is credited with opening the first self-storage facility in Los Angeles County in 1968, died on March 15 of heart failure. Temple had been hospitalized since Jan. 30 after suffering a heart attack. He was 85. 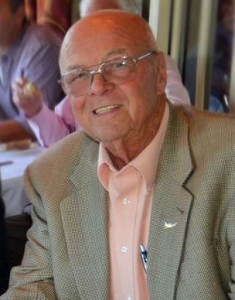 Don Temple, a self-storage industry pioneer, entrepreneur and philanthropist who is credited with opening the first self-storage facility in Los Angeles County in 1968, died on March 15 of heart failure. Temple had been hospitalized since Jan. 30 after suffering a heart attack. He was 85.

Temple is also credited with building the nations first ground-up, multi-story storage facility and was the co-founder and first chairman of Bancap Self Storage Group Inc., a self-storage brokerage with more than $900 million in completed sales transactions. He owned or partnered in nine facilities in his self-storage career, including three at the time of his death under the name Don Temple U-Store & Lock. Two of the locations are in Long Beach, Calif., with the third in Lakewood, Calif. Combined, the facilities offer 1,400 indoor and outdoor storage units.

Temple was inducted into the national Self Storage Associations (SSA) Hall of Fame in 2009.

Born on Aug. 19, 1927, in Morris, Kan., Temple launched his entrepreneurial career at the age of 14, owning a business with his father in which he delivered blocks of ice and sold re-varnished oak iceboxes. He served in the U.S. Merchant Marines for three years and spent two years in the Navy during the Korean War.

Outside of self-storage circles, Temple was well-known in Long Beach for his philanthropy and business dealings, including ownership of The Grand Event Center and a shopping center. His first local business was a service station, garage and towing business.

He is a self-made man," his wife, Marlene Temple, told the Long Beach Press-Telegram. "He came from a very meager start, and he amassed his empire by being an ethical and hardworking man."

Temple served on the board of directors for Community Hospital Long Beach, where in 1996 he helped establish its Don and Ruth Temple Family Cancer Treatment Center in memory of his first wife. Together with Marlene, the Temples also donated time and money to many local charities and community projects. The couple received numerous honors for their community contributions.

In addition to his business interests, Temple was an avid pilot, owning 32 planes during his lifetime. He participated in the 1992 Around-the-World Air Rally, flying his own twin-engine Cessna while raising money for Community Hospital.

Temple is survived by his wife, two daughters, a granddaughter and a great granddaughter. A memorial service celebrating his life will be held on April 6 at 2 p.m. at The Grand Event Center. In lieu of flowers, the family has requested donations be made to the SSA Foundation Scholarship program or the Don and Ruth Temple Family Cancer Treatment Center.