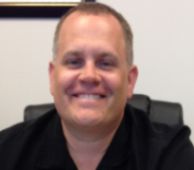 Hughes’ standing in the self-storage industry is vast will be a great asset as he assists Janus in its growth in Europe, Latin America and other emerging markets, company representatives said in a press release. He will operate from the company headquarters in Temple, Ga., as well as its new European office in Peterlee, England.

Janus acquired building manufacturer Gliderol Self Storage Solutions in Peterlee last October. Gliderol was founded in 2005 as a joint venture between Janus and Gliderol UK Ltd., a maker of rolling and sectional doors. Janus purchased the company outright to strengthen its brand presence in the United Kingdom and on the European continent, company officials said.

Janus has five U.S. locations as well as facilities in the United Kingdom and Mexico. The company recently announced its plans to open its first Midwest manufacturing facility in Butler, Ind. Slated to open in late summer, it will be the company’s fourth U.S. manufacturing facility. Self-storage and commercial door models will be manufactured and shipped from the new location. In December, Janus was acquired by Saw Mill Capital Partners LP, a private equity investment fund managed by Saw Mill Capital LLC.