Janus International Group LLC, a manufacturer of self-storage roll-up doors and building components, has made several key changes to its executive sales team.

Janus International Group LLC, a manufacturer of self-storage roll-up doors and building components, has made several key changes to its executive sales team. 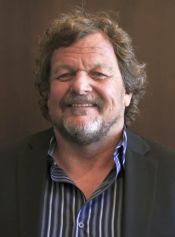 Troy Bix, the founder of the Inside Self-Storage brand, has joined Janus as president of its R3 (renovate, remodel or retrofit) Division, where he’ll be responsible for positioning the company for growth in that market. Bix has more than 30 years of experience in self-storage. He started his industry career in 1986 and launched ISS magazine and expo in 1991 and 1992, respectively. As the publisher and vice president of ISS, he oversaw all ISS media assets as well as the annual conference and tradeshow. (Read more about Bix’s professional transition here.)

“We are pleased to welcome Troy to the Janus family and we are delighted to have an industry leader of his caliber to contribute to our future strategic direction,” said Janus President and CEO David Curtis. “As we position the company for growth, his deep industry knowledge, global industry relationships and shared vision for the future of self-storage solutions make him uniquely qualified for this role.” In addition, Terry Bagley has been promoted to president of the Door Entry & Facility Automation Division, where he will focus on expanding the market for the company’s SecurGuard Electronic Lock/Overlock/Monitor as well as corporate business development. Bagley joined the company in 2016 and has been involved in the storage industry in various capacities for more than 15 years. He served on the Self Storage Association 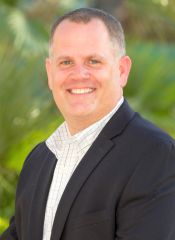 Roc Hughes will assume the role of vice president of business development, where he will focus his sales expertise on R3 initiatives and growth, reporting directly to Bix. Hughes joined the company in 2013 and previously held the role of vice president of international sales. Prior to joining the company, he worked as director of sales and marketing for DBCI (Doors and Building Components Inc.). He has more than 15 years of experience in the self-storage industry and is an active member of several industry associations.

Pete Frayser has been promoted to vice president of international sales, where he will assume leadership of the company’s sales activities in Asia, Europe and Latin America. Frayser joined the company in 2016 as business-development manager for Latin America. A bilingual English/Spanish speaker, he 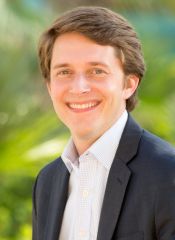 previously worked for a real estate developer in Valencia, Spain, and later with the Major League Baseball and National Basketball Association in New York City. He has a Master of Arts in international trade from the University of Castilla La Mancha in Spain.

“In 15 short years, we have grown Janus International into a global market leader, and we have now assembled a world-class, executive sales-leadership team to drive the company even further. We are poised to lead the organization into the next phase of its growth and success with the best talent in the industry today,” said Curtis.