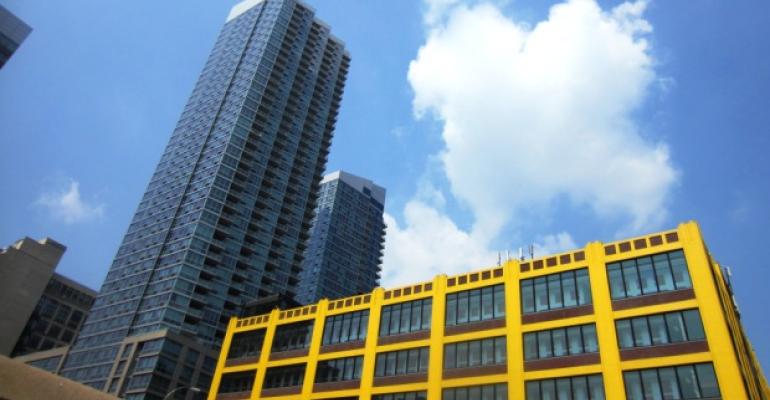 Gotham Mini Storage is a state-of-the-art, multi-story self-storage facility at the corner of 39th Street and 10th Avenue in Manhattan, right in the heart of New York City. Developed by seasoned industry professionals Jack Guttman and Stephen Schwartz of Broadway Storage, the class-A facility opened in January with 2,000 units and 140,000 square feet of space. The "New York Times" even did a feature story on the project to demonstrate a new generation of self-storage properties.

Those who have ever attempted a conversion in a major metro area know its no easy task. Here are the details of this impressive development, including demographics, economics, features and performance.

Gotham Mini Storage is just a few blocks north of the Hudson Yards redevelopment, the largest development project currently under way in the United States. It encompasses tens of thousands of new apartments and more than 20 million square feet of commercial development including office, retail and hotels.

The facility is on 10th Avenue, a major north/south land arterial, at the entrance to the Lincoln Tunnel. Its visibility is staggering, as it occupies the entire block between 38th and 39th Streets. It's only one block from the Jacob Javits Convention Center and is surrounded by high-rise towers. Daily visibility reaches hundreds of thousands of people.

The Manhattan self-storage market has incredibly high barriers to entry. A severe lack of appropriately zoned land combined with intense competition from other uses makes self-storage development extremely difficult. Except for Gotham Mini Storage, there have been no new industry developments south of 96th Street in 10 years.

In the immediate half mile surrounding the facility, thousands of apartments in high-rise buildings have been built in just the last few years. The tenants have no basements, attics or garages, and they are largely affluentall factors that drive storage demand. The average square feet of storage per capita in the United States is approximately seven. In Manhattan, its less than one. With odds like those, how could a storage facility miss?

New York has the most competitive real estate market in the country. With land and building prices hitting new highs, there's been a mad dash to acquire buildable land, which soars above $800 per square foot in prime areas. In fact, upscale apartments are recorded as high as $10,000 per square foot. One acre in the vicinity of Gotham Mini Storage is for sale at $58 million.

In that light, Gotham's developers had to strike a creative deal to make the numbers work. Luckily, Guttman and Schwartz have been in the self-storage business for many years and had a strong idea of how to create an economic structure that would lead to profitability. The icing on the cake: The deal was devised to enable a breakeven after only six months of operation. 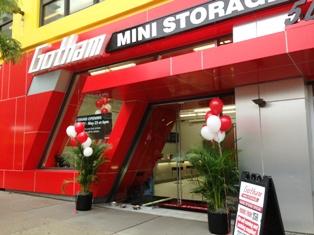 Gotham Mini Storage was converted from an existing industrial building built in the 1920s as a parking garage. Both the interior and exterior underwent a major gut renovation to meet modern standards.

The columns and beams had been haphazardly repaired over the decades, and various shades of concrete patching scattered around the structural members of the building gave it a splotchy appearance. As a remedy, the developers wrapped the building in mesh with a mortar compound and coated it with several layers of weatherproof primer and paint to give it a smooth, uniform finish. Old windows were replaced with large, energy-efficient glazing, which allows people to see the storage doors inside. No one would ever know the building is more than 90 years old.

While installing the doors and hallways, building-components manufacturer Janus International encountered some out-of-the-ordinary procedures. Gotham Mini Storage is in the same building with express and logistics company DHL, which has a contract with the U.S. Department of Homeland Security. "Our entire crew had to achieve security clearance," says Pat Nesbitt technical sales manager for Janus.

We quickly adapted to our surroundings, including retrofitting an older building and maneuvering the busy Manhattan traffic," Nesbitt adds. The installation crew got to the job site before traffic kicked in each morning to unload product. A lot of custom design was used to adapt to the various ceiling heights and nuances of each floor. We created an eye-catching door display, which is visible from the many windows at Gotham and really aesthetically presents storage in Manhattan in an appealing light.

The Office and Other Features 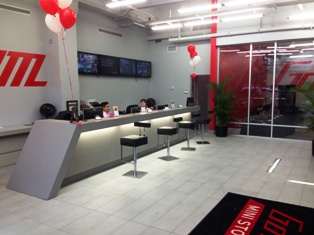 experience. Along with the upscale office surroundings, customers are treated to a coffee bar and Wi-Fi capabilities.

Customers can drive directly into the building itself and load/unload, all while being protected from the elements. Unlike other urban facilities, Gotham has dedicated parking spaces inside the building so customers can take their time and not worry about parking fees or tickets.

The facility features two 10-by-40-foot freight elevators for customer convenience. These carpeted elevators are large enough to accommodate a truck, and they are fully automatic to work like normal passenger 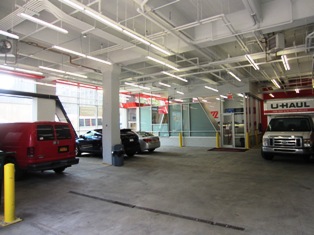 Customer storage areas are top-notch, with renovated floors and brand new units and roll-up doors. Units range from four-by-four to 20-by-80 feet. Each floor is temperature-controlled, carpeted, well-lit and equipped with Wi-Fi.

A high-tech, natural-gas-fed, mini-turbine system was installed for heating and air. The buildings own internal cogeneration plan uses excess heat from the production of electricity through the mini turbines to heat water, which warms the buildings in the winter. The same hot water runs through absorption chillers to produce chilled water in the summer to cool the building. This system is not only less expensive than using power from traditional methods, it produces far less greenhouse gas.

For economic reasons, it was imperative to use every inch of available vertical space, so double-stacked lockers can be found throughout the facility. On floors where ceilings are low, the developers engineered the project to extremely close tolerances. The unit partitions were engineered to be less than one inch from the ceiling beams, and the HVAC system had to be specially designed to squeeze in the available openings while delivering adequate heat and air. Even the sprinkler system was designed with the use of side-wall heads to minimize any obstructions.

The initial operating performance of the property has been nothing short of spectacular. A pro forma showing unit rentals of 100 per month would be considered aggressive in most markets, but the developers believed in the buildings ability to draw based on location. To their extreme delight, the facility has recently been renting nearly 150 units per month. It has approached 50 percent occupancy in about nine months and is cash-flow positive. 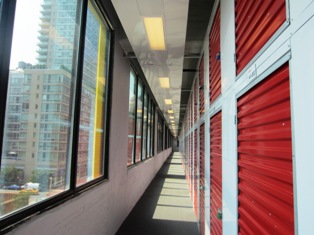 Remember the HBO series "Sex and the City"? The leading actress once gave tribute to New York City as a supporting cast member of the show. I think the same holds true for Gotham Mini Storage. Ample windows on several of the storage hallways allow tenants a breathtaking view of the city. In fact, a few customers have offered to pay more for a unit with a view!

Gotham has achieved the goal at hand: to provide a storage alternative to a highly populated area known for its lack of space. Yet it's done so much more in creating a user-friendly environment that exceeds customer expectations at every turn. While NYC may be a supporting cast member, the facility's leading performance has earned top billing without a doubt.

Jack Guttman and Stephen Schwartz are co-founders of Broadway Storage, a firm that specializes in the development and acquisition of industrial properties including Gotham Mini Storage. Amy Fuhlman manages the marketing communications programs for Janus International, a manufacturer of self-storage roll-up doors and components. For more information, visit www.gothamministorage.com  or www.janusintl.com .

Education Leads to Business Edification: Should You Outsource Training for Your Self-Storage Staff?
Nov 25, 2021