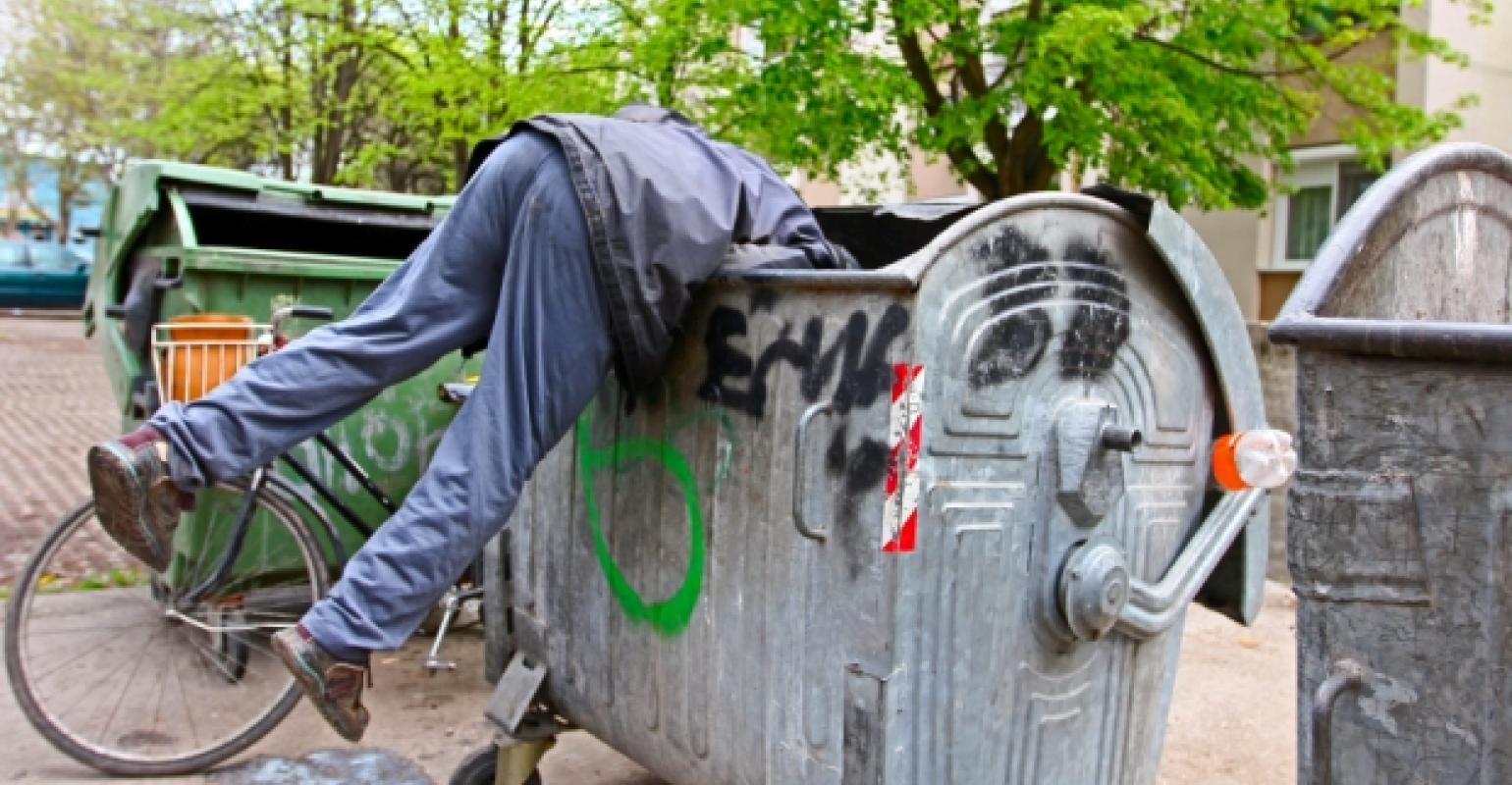 People who dive into dumpsters can cause all kinds of trouble for a self-storage operation. Here’s how to ensure your facility isn’t a target for these trash/treasure seekers.

There’s something a little romantic, adventurous and dangerous about dumpster diving. The prospect of recovering treasure from someone else’s trash taps into our earliest childhood mythologies. Little wonder that modern-day scavenging boasts its own Wikipedia page, (appropriately titled “Trashwiki”), its own six-figure success stories, and even a 1988 U.S. Supreme Court ruling (California v. Greenwood) upholding your right to dumpster dive—within reason.

For self-storage operators, however, dumpster divers can be a serious problem. Here’s how to ensure your facility isn’t a target for these trash/treasure seekers.

Pam Domingue doesn’t give a hoot about people’s right to dumpster dive. She simply wanted to get rid of the dude who routinely rifled through the dumpster every night at her Storage Solution facility in Twentynine Palms, Calif. “He would park where our onsite manager couldn’t see him and walk between our place and another nearby storage facility all night long, just creating a mess,” she says.

When her trash service failed to offer a solution, Domingue took matters into her own hands and rigged locks on her dumpsters, putting an end to the midnight madness. “Storage is absolutely a target for them. They know things are getting thrown away that maybe they can use, sell or recycle,” she says.

The ready availability of discarded goods in passable or better condition even prompted one high-profile dumpster diver, Matt Malone, in Austin, Texas, to rent small units at four storage facilities just to gain access to their dumpsters. “I got an entire shop’s worth of power tools, all brand-new, right after I rented my first storage unit,” Malone told “Wired” magazine.

Long Arm of the Law

Dumpster diving poses little problem for law enforcement unless the property owner complains, according to Cpl. Angel Polansky of the Austin Police Department. “If it’s on private property, it technically would be theft, even though it’s trash, unless you had permission to be in there,” she says. “But if it’s a trash can or dumpster anywhere that is open to the public, it’s fair game.”

While divers combing through the dumpsters behind big-box electronics and sporting-goods stores seem fairly benign, those who target business parks and even self-storage facilities can pose a threat to the public, Polansky says.

Unattended dumpsters invite all kinds of trouble storage operators just don’t need, says Diane Piegza, vice president of investor relations for Sovran Self Storage Inc., a real estate investment trust that operates the Uncle Bob's Self Storage brand. “Primarily, dumpster diving is dangerous; it’s a liability issue. You’d hate to see anybody get hurt, which is a very real possibility,” she says. “Second, you want to prevent excessive dumping. And third, we want to prevent dumping of electronics and things that should be recycled.”

Uncle Bob’s takes a straightforward approach to wiping out problems posed by dumpster divers. “We typically try to keep our dumpsters either behind fences or locked up,” Piegza says. “Sure, if a dumpster diver is a current customer and can get into the facility with a gate code, you run into those as well. Luckily, we really don’t have that much trouble with it.”

Marc Goodin, president of Storage Authority LLC and a self-storage owner and consultant, has an even simpler deterrent: eliminate dumpsters entirely. “When you have a dumpster outside, it costs the owner a tremendous amount of money because people constantly keep emptying their bins into it,” he says. “Instead, a lot of facilities, mine included, buy a heavy-duty, plastic rolling dumpster in a 10-by-10 maintenance unit so nobody has access to it from the units.”

How does Goodin dispose of items tenants leave behind? “We collect it all in one unit, and when we go to auction, we call it the ‘manager’s unit’ so bidders know it’s stuff we’ve combed through. There isn’t going to be any surprise gold in it,” Goodin says. “We auction it rather than have a dumpster full or paying someone $100 to come clean it out.”

Instead of other people’s trash, Goodin’s bin contains nothing but office waste. When it’s full, which might take three weeks to three months, he simply calls a service to empty it.

“I would not recommend anybody have a dumpster outside,” Goodin says. “If you never have it from the beginning, people don’t expect it. I don’t know why all facilities don’t go that way.”

Jay MacDonald is a freelance writer living in Clearwater, Fla. He writes frequently for The Storage Facilitator.