Enforcing Zero Tolerance of Harassment in the Self-Storage Workplace 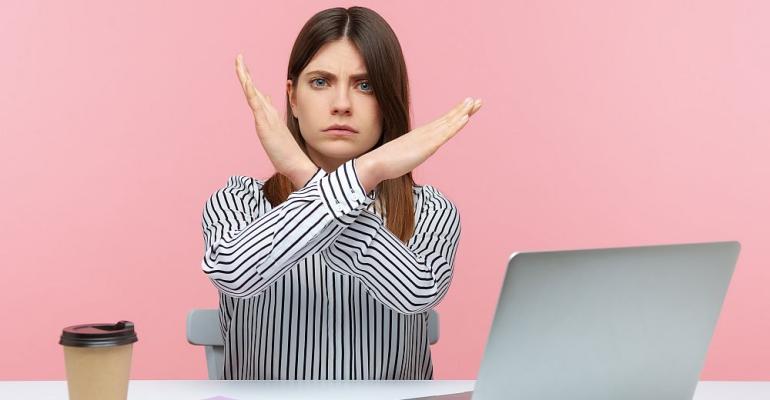 Every self-storage employee deserves to work in an environment that’s free of harassment. If your company lacks a plan to prevent it or how to act if it does happen, it’s time to create one.

A few months ago, a young woman I know was being harassed at her company by an older coworker. It began with him calling her endearments like sweetheart and baby, but the man soon followed up his flirtations with unwanted hugs and offers of back rubs. Despite her repeated “no thanks” to his advances, he persisted. After a few weeks, she told her supervisor, who reported it to the company’s human resource (HR) department.

In his defense, the man claimed he was only flirting with his coworker and she was taking it too seriously. He was given a written warning, placed on probation and ordered to attend an online sexual harassment seminar.

You’ve no doubt faced harassment in one form or another over the course of your self-storage career, or perhaps while working in another field. It’s not just women who encounter this problem, either. Men also endure it. And it can happen regardless of your role in the company. In fact, a 2021 study found that 44% of American employees have experienced harassment in their workplace, with 34% reporting they left a job in the past because of it.

When this topic comes up, many automatically think about sexual harassment. In reality, workplace harassment comes in many forms including verbal, written, physical and even visual. At its core, harassment is the “belittling or threatening behavior directed at an individual worker or a group of workers,” according to Wikipedia. It can include offensive jokes or photos, intimidating another person, name-calling, teasing, physical assaults or threats, interference with work performance, and more. Harassment can devastate a company on many levels. It can create a toxic environment, affect employee morale and productivity, damage a company’s reputation, and possibly lead to legal action.

If your self-storage company consists of more than just you, it’s imperative to practice harassment prevention. Here’s what this should include:

Earlier this month, President Biden signed into law reforms that’ll aid victims of workplace sexual harassment or assault who seek justice. The legislation ends the use of forced arbitration clauses in these cases, which means victims can pursue the dispute in court. More than 60 million employees are subject to mandatory arbitration clauses, and often don’t even know it until they bring a claim against their employer. It’s a huge win for victims of workplace sexual harassment and assault.

If your company doesn’t have a plan in place to prevent workplace harassment of all kinds, you need one. In addition, cultivate a work culture that focuses on providing a safe and healthy environment where all staff members are respected and heard.

It Takes More Than Money! Creating a Competitive Compensation Package for Your Self-Storage Operation
Nov 11, 2022