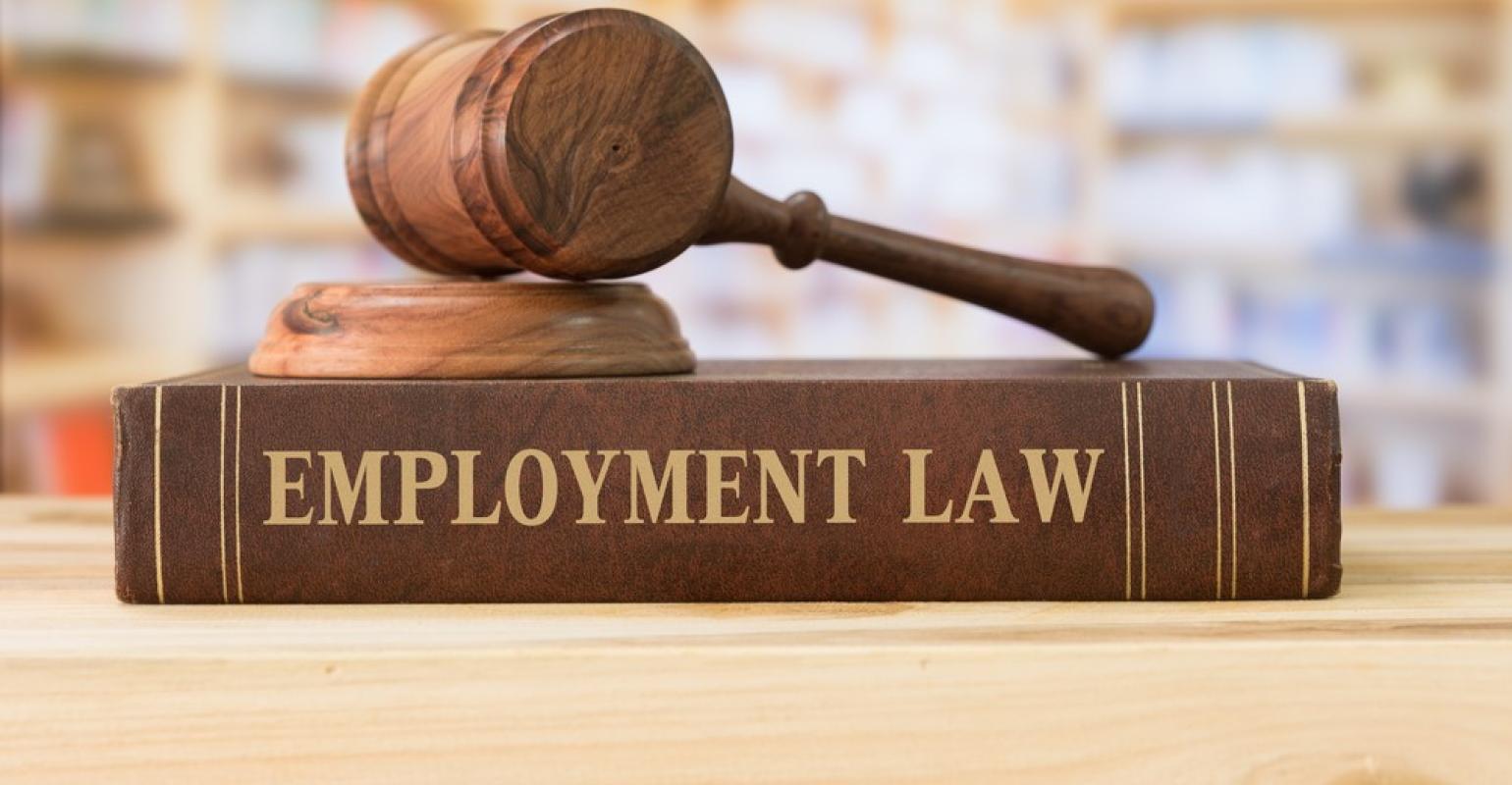 Complying With Employment Laws in Self-Storage: 6 Areas to Examine

Keeping current with employment laws is challenging but critical for all business owners, including those who operate self-storage facilities. To avoid litigation and negative exposure for your company, review these six important areas of your operation.

Self-storage operations, like all other businesses, have an obligation to comply with state and federal laws that apply to the hiring, work and termination of employees. Lawsuits are filed every day against owners who believe they’re acting properly in regard to their staff, only to find out certain laws have changed and they failed to update their systems accordingly. Following are six important areas you should review to ensure you’re current with employment legislation.

The federal minimum wage hasn’t been raised since 2009. As a result, many states have taken steps to increase their own minimum-wage requirements, causing uncertainty for multi-state self-storage operators as to the proper wage for employees. It’s essential to confirm you’re paying above the minimum at each facility location.

One of the most difficult issues for self-storage owners is exemption. Many pay their facility managers an hourly wage rather than an annual salary. This means staff are non-exempt and must be paid for overtime. In general, they’re entitled to time and a half for hours over 40 worked per week. You must know your wage requirements for the states in which you operate and track your staff hours to ensure proper compensation.

An ongoing challenge in the self-storage industry is how to address hours worked by managers who live on site. Although the practice of hiring of resident managers has continued to diminish, there are still many properties with manager apartments.

The initial idea behind resident management was to offer customers (and owners) a sense of security and a higher level of service. But with the “live where you work” approach comes the risk that employers and employees have a different understanding of “work hours.” This issue isn’t unique to self-storage and has been addressed by the U.S. Department of Labor (DOL). It also arises with apartment managers, firefighters and other positions in which the employee resides at the workplace.

The DOL has relied on the law found in the Code of Federal Regulations (CFR), specifically 29 CFR 785.23, titled “Employees residing on employer's premises or working at home.” Based on this rule, storage owners can set guidelines with their employees to hopefully avoid any later dispute over hours to be worked and work to be performed. Unfortunately, those arguments tend to simmer until there’s a resignation or termination, and the uncertainty over unpaid overtime for “working at night or on weekends” can lead to significant wage-and-hour claims and lawsuits.

Immigration is a hot topic in Washington, D.C., and compliance with immigration laws is getting greater attention as a result. Under the U.S. Immigration Reform Act, all employers must have a valid and complete Form I-9, Employment Eligibility Verification, for each employee, citizen or noncitizen. The employee must attest to and provide proof of his identity, though the documentation to prove it can vary. There’s a list of acceptable documents on the form, and an employer can’t limit what he’ll accept as proof.

Employees must complete their I-9 no later than their first day of work. Employers must complete their part of the form no later than the employee’s third day of work. They must then retain all forms until the later of three years after the employee began work or one year after he was terminated. The documents can be stored electronically and needn’t be kept in the original format.

An employer can be found to have violated immigration laws if he fails to verify the identity and eligibility of a new employee through the use of an I-9. Fines for violations, depending on the number of employees involved, can range into tens of thousands of dollars, especially for those who knowingly fail to obtain the forms as required. Criminal prosecution is also possible for repeat and flagrant offenders. U.S. Immigration and Customs Enforcement can consider its penalties based on the size of the business, the good faith effort to comply, the seriousness of the violation, whether the violation involved undocumented workers, and the history of previous violations.

Women in the Workplace

Unique changes in employment laws in California, Illinois and New York provide guidance as to women’s rights in the workplace. As of April, all employers with 15 or more employees in New York City are required to conduct annual anti-sexual-harassment training for all staff. This city law follows an earlier state law, enacted in 2018, that applied to certain employers. It provides for education on the issue of sexual harassment, the obligation to provide a complaint process in the workplace for sexual harassment, and a method for verifying that training has been completed.

Similarly, California has amended its state law to require all employers with more than five employees to provide anti-harassment training to staff, with additional training for all supervisors. Though there had been a previous law for employers with 50 or more employees, this amended law applies to employers with just the requisite minimum of five.

Additionally, the California law was amended to disallow any settlement agreements that would prohibit the disclosure of the underlying sexual-harassment claim. In other words, the law would void any agreement where a person was required to forfeit his rights to disclose the unlawful acts that occurred in the workplace.

Sexual harassment is a form of sex discrimination as outlined under Title VII of the Civil Rights Act of 1964. There are two recognized forms. The first is a type of “quid pro quo” scenario in which a supervisor demands a subordinate tolerate harassment as a condition of keeping his job (or tenancy). The second is the existence of a hostile or abusive work environment where conduct can be verbal or physical, is frequent, and is improperly tolerated.

From a legal perspective, the discussion should be about workplace education and training as well as proper procedures for reporting claims and managing the investigation and discipline regarding such claims. The business liability exposure is such that the company as well as the perpetrator can be liable, depending on what the company knew about the conduct and what it did to stop the harassment.

Companies must have a sexual-harassment policy in place, no matter their size. Though only companies with 15 or more employees are subject to the federal laws for Title VII claims, smaller companies may still be held liable under applicable state laws. There must be sufficient training related to sexual harassment, so employees can be educated about proper behavior in the workplace as well as the procedures in place in case an incident occurs.

Two recent topics have led business operators to update their employee handbooks. The first is the use of social media; the second is driving while using a cellphone.

Employers are subject to potential liability if their employees, acting under the scope of their employment, post negative social media statements against other employees, customers or the company itself. Certainly, employers can be even held liable if their employees, to impact competition, post false or fake reviews to impact business. To combat these risks, employers should update their policy handbooks to address employee behavior on social media. These policies should outline how staff are to conduct themselves online and the risk of discipline and possible termination for the violation of these rules.

Similarly, employers can be held liable for injuries that arise as a result of the employee’s violation of the law while driving and using a mobile phone during working hours. Now that more states have enacted “hands-free” laws, an employee must understand the applicable laws and recognize they’re subject to discipline if not termination for any infractions while driving within the scope of work (visiting customers, running facility errands, etc.).

One of the trickiest arts of running a business is having staff. These days, you not only must worry about federal laws that impact employee rights, many states and municipalities have their own laws. As a self-storage owner, it’s imperative to stay informed on these ever-changing regulations. Employment liability can be significant in terms of cost to defend and financial exposure to the business.

Dealing With Discord: When Relationships Get Dicey in the Self-Storage Management Office
Jul 03, 2020

Performing Successful Staff Evaluations in Self-Storage: Why and How
Jun 22, 2020