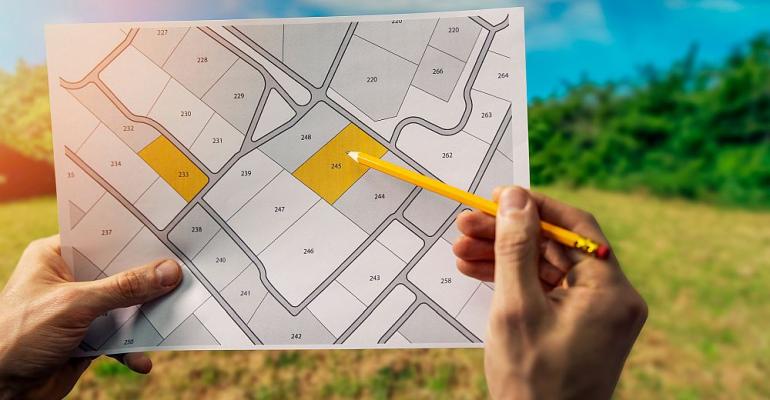 As land for development is quickly gobbled up, many newcomers to the self-storage industry are struggling to find a suitable site on which to build. A first-time facility owner shares his journey and how his persistence paid off.

My brother and business partner, Eric, and I are new to the self-storage industry. This is the story of our path to ownership. We both work full time in other industries. I’m the chief financial officer for a public school district and Eric is a machinist.

Our journey actually began in 2009 when we purchased our first rental duplex in Appleton, Wis., our hometown. Taking advantage of the downturn in real estate, we built a portfolio of 17 rental units over the next decade. We put quite a bit of our own sweat and work into refurbishing them, then managing the business.

While we enjoyed the income from the venture and the appreciation in the assets, rental real estate isn’t all roses. From tenant collections and evictions to backed-up sewers and malfunctioning furnaces (always on the coldest day of the year, of course!), we started to grow tired of the drudgery and began actively researching alternative investments.

It was an invitation to a seminar hosted by a national builder that started us on the trail to self-storage. Suddenly, I became aware of the opportunities, and it seemed like storage was everywhere. My accountant mentioned she had several clients who did very well with this asset class, and my uncle had just built a facility. To top it off, my boss kept complaining about how much money he was spending on storage while his new house was being built!

Intrigued, I dove headfirst into research. I read Inside Self-Storage magazine and the annual reports from the big players. I also watched industry gurus on YouTube. I reached out to builders and other owners to ask questions and learn more.

As I traveled or just drove across town, I started to poke around storage facilities, counting units, looking at gates and measuring driveways. It quickly became clear that the industry was robust, demand was brisk and meaningful profit seemed available. Eric and I decided to see if we could find the right site for a new project and began the process of preparing some of our rental duplexes for sale.

I also took advantage of some great resources to help me develop a solid business plan, construction strategy and budget. The Small Business Administration and our county’s “Open to Business” assistance program were great resources. I learned a lot about how construction and business loans work, which is something we never needed in our rental-duplex business, as we financed those assets via simpler loan types.

Armed with a lot of new knowledge and a tentative confidence in the viability of the self-storage business, we began looking for a potential building site in summer 2017. I live in the Twin Cities metropolitan area of Minnesota, with a population of approximately 3 million. We decided to focus on outer-ring suburbs first, as land seemed more readily available, and the competition wasn’t as fierce.

Initially, we thought we’d choose a site by fall, break ground in the spring and be open for business by summer. Boy, were we wrong! The site-selection process alone took us more than 18 months. Simply, there was no land available that would work. Prices for properly zoned parcels were uneconomical, city zoning and planning codes were unwelcoming to storage, and the few properties that might qualify required too much site work or were in terrible locations. I drove all over the suburbs looking for options and came up empty-handed.

This all changed one day in January 2019, when I decided to explore a city-owned industrial park on the southern edge of the metro. It literally had farmland across the street. As I drove along the back side of the park, I came across several large vacant lots with a big sign proclaiming, “Industrial land for sale.” Almost as a lark, I called the number. The owner was aggressively pursuing the sale of the final undeveloped parcels in the complex, which originally opened in the early 2000s. After a brief discussion, I learned that, indeed, self-storage would be a permitted use of the land, and the owner would entertain the idea of selling it to us.

Though the story ended well, I was amazed at the difficulty in locating a suitable site. I spent hundreds of hours searching, inspecting and rejecting dozens and dozens of places, and learned more about land-use planning, zoning and permitted uses than I ever wanted to! I realized the advantages the deep-pocketed national players bring to dense metropolitan markets, and came to wistfully appreciate the ease developers in smaller markets enjoy.

Last summer, Simply Secure Storage opened with 200 units on a property on the edge of a growing Twin Cities suburb. Our journey is far from over, and we’ve learned much about being self-storage owners. Now, I’m looking forward to what’s next.

Items to Consider Before Pulling the Trigger on Your Next Self-Storage Development Site
May 21, 2022

Self-Storage Site Selection: How to Choose a Spot That’s Worthy of Development
Jan 18, 2022

Land Ho! Discovering a Suitable Parcel on Which to Build a Self-Storage Facility
Oct 12, 2021