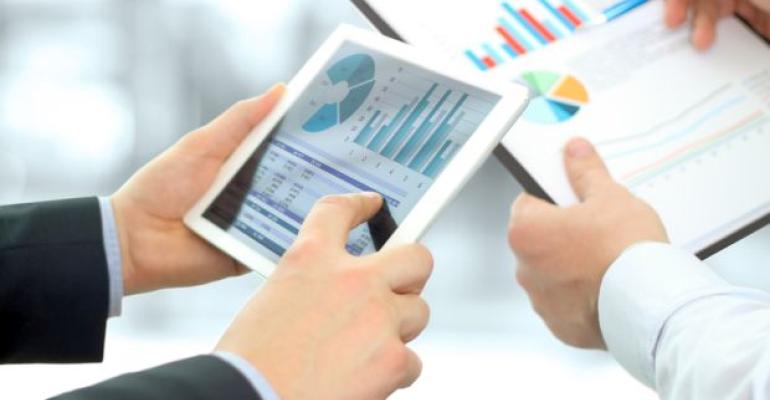 The Argus Self Storage Sales Network, a national network of real estate brokers who specialize in self-storage, and CBRE Group Inc., a commercial real estate services and investment firm, have released separate reports examining the state of self-storage development and supply across the United States. The data from both publications is amassed from CBRE research, Argus accounts and several other sources, according to officials from both companies.

The Argus Self Storage Sales Network, a national network of real estate brokers who specialize in self-storage, and CBRE Group Inc., a commercial real estate services and investment firm, have released separate reports examining the state of self-storage development and supply across the United States. The data from both publications is amassed from CBRE research, Argus accounts and several other sources, according to officials from both companies.

Though their statistics slightly differ, both reports conclude there’s been a large increase in new self-storage development this year. In its “Market Monitor” report, Argus estimates 750 storage facilities were built in the U.S. last year and expects 953 “new starts” in 2017. In its “Self Storage New Construction Report,” issued for the third quarter through its Valuation & Advisory Services Division, CBRE estimates 947 new projects are scheduled this year compared to about 600 last year. About one-third of planned projects come to fruition within a three- to seven-year development cycle, according to both reports.

Among all the projects either planned, under construction or in the initial lease-up phase within the 35 U.S. markets studied in the reports, the Dallas market has by far the most activity, with 164 new storage projects expected by the end of 2017. That figure represents 17 percent of all new starts among the markets. Dallas has 49 projects in the planning phase, 82 facilities under construction and 33 in lease-up. Those numbers were the highest in all three categories and represent more than 9 million square feet of new supply. The local market is already categorized as oversupplied, with an estimated 7.58 square feet of storage per person. The new product is expected to add another 1.24 square feet per capita, according to the reports.

Miami was second across the board, with 21 projects planned, 35 under construction and 14 in lease-up. The New York City metropolitan area was third with 16 planned, 27 under construction and 11 in lease-up. Miami’s 70 new projects are estimated to bring nearly 3.9 million square feet of new storage space into the market, a 20.1 percent jump in ratio of new supply to existing space, the highest leap in the reports. By comparison, the supply ratio in Dallas is expected to increase 16.3 percent. The big difference between the two markets is Miami is expected to remain an undersupplied metro area despite all the development activity.

Four markets—Atlanta; Austin, Texas; Denver; and Nashville, Tenn.—are expected to move from equilibrium to oversupplied this year, according to the reports. In addition, Sacramento, Calif., is tapped to move from undersupplied to equilibrium. Among those, Atlanta has the most new storage space coming online at nearly 2.7 million square feet.

Across all 35 markets studied, there are more than 280 projects in the planning phase, more than 470 under construction and about 190 in lease-up. “The start ratio of planned projects is the highest it has been in 10-plus years,” the Argus report states.

“Of the leading markets for new construction, Texas has been a state that has typically encouraged new development; New York has historically been underserved, while Miami has had pockets of significant demand, such as Coconut Grove,” said R. Christian Sonne, executive vice president of the CBRE Self-Storage Valuation Group. “We are also seeing increased demand in those markets impacted by the recent and historic hurricanes. Self-storage provides comfort for those who need to move belongings that could potentially be in harm’s way to a facility for safe keeping. In both Florida and Houston, this has meant increased demand at the same time supply has declined due to damage.”

Most new projects are being built in high-density Metropolitan Statistical Areas, with the overall size of storage facilities increasing. Neither report takes into account expansion of existing properties.

Argus is a Denver-based network of real estate brokers who specialize in storage properties. Formed in 1994, the company has 36 broker affiliates covering nearly 40 markets.

The CBRE Valuation & Advisory Services Group provides appraisals, feasibility and market studies, underwriting due diligence, and other consulting services. It has a staff of more than 1,700 appraisers, architects, engineers and environmental scientists in more than 300 metropolitan areas around the world.

Use These Videos as the Building Blocks for Self-Storage Development Success!
Jan 17, 2023

Grab the Industry Pole Position With Our 2023 Self-Storage Guidebooks
Jan 03, 2023

Smooth Operation: Stay on Task All Year With Our 2023 Self-Storage Maintenance Package
Dec 20, 2022