Under the Gun: Mulling Self-Storage Security in the Wake of Recent Mass Shootings 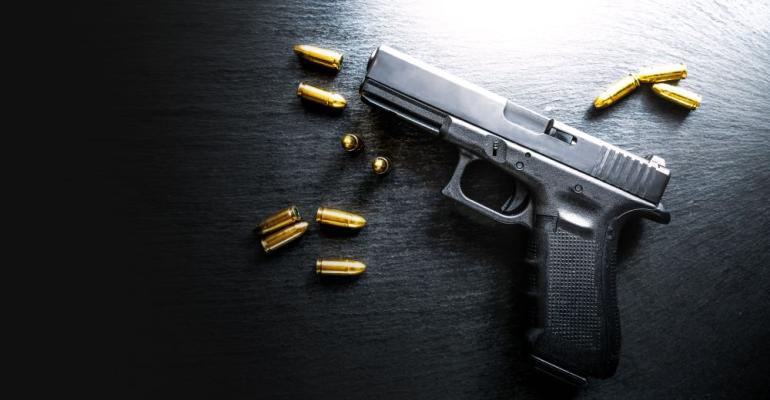 Two mass shootings within 10 days of each other have shaken the nation and give reason to reflect about life and the welfare of our communities. Here are some thoughts on why now may be a good time to assess your self-storage security measures in a context broader than the immediate business.

Like most people this week, I’ve had a pit in my stomach since 21 people, including 19 children, were murdered at an elementary school in Uvalde, Texas. It’s a feeling that I cannot seem to shake. That this senseless act occurred just 10 days after another mass shooting at a grocery store in Buffalo, New York, in which 10 people were killed, should be enough for all of us to pause and reflect about life, loved ones and the welfare of our neighbors and communities.

These shootings also got me thinking about self-storage scenarios and why site security has become such an important topic in the industry. Generally speaking, security functions primarily to prevent crime or safety breaches; protect employees, customers and stored goods; and assist law enforcement and emergency personnel if and when a breach occurs. These all fall under what we like to term risk management. For businesses, security is essentially about mitigating risk and reducing liability.

In light of what happened at Robb Elementary School this week as well as countless other prior incidents at schools, movie theaters, concerts, festivals and other locations which should pose little risk for the loss of life, perhaps security should also be about corporate conscience. Knowing that you’ve done all you can to not only protect your business and customers from harm but also the community at large can easily be a source of pride and peace of mind.

To be clear, self-storage facilities aren’t likely targets for mass shootings or even on-premises gun incidents, far from it. They are, however, occasional magnets for burglaries including incidents in which stored firearms are stolen. One recent case in Southern California involved three men who stole 47 weapons from multiple locations between December 2018 and September 2019. The haul from one of the facilities amounted to 35 firearms, including multiple .45-caliber pistols, 12-gauge shotguns and high-powered rifles.

The kicker in this case is some of the weapons were knowingly sold to convicted felons, which increases the likelihood that they’ll be used in a future crime. According to the government, many of the guns have yet to be recovered, while some have been found at crime scenes.

As a purely hypothetical exercise, I can’t help but wonder how I’d feel if a gun stolen from a self-storage facility I operated wound up being used to murder someone. Assuming no gross negligence by the business, the potential for liability is surely low, but I know I’d be left uneasy by the incident even if all reasonable precautions were in place to prevent such an incident from occurring.

This certainly isn’t meant to lay blame or cast guilt on operators in which this may occur. To be sure, it is exceedingly rare, and in such an instance, the business is also a victim. But that doesn’t mean it’s not worth considering the role businesses can play in helping preserve the safety and sanctity of the communities they serve.

For self-storage operators, this includes prevention measures like screening prospective tenants and looking for red flags during the inquiry process. With contactless services in full swing, this becomes less intuitive for managers, but investment in ID verification and facial recognition is already being used as safety measures by some in the industry.

Now’s a good time to review your rental agreement to be sure it’s up to date and in compliance with state law, including listing and reviewing any items that are prohibited from being stored on your property. Most states have some regulation prohibiting the storage of firearms, and ammunition is banned as an explosive. Being upfront with customers at move-in and making clear you’re serious about security measures can be helpful in deterring customers from breaking the rules. If you catch someone in the act breaking site rules, it’s important that you follow through with appropriate action.

One of my favorite things self-storage operators do is form friendly relationships and working partnerships with local law enforcement. This can even include allowing officers to use your property to train K-9 units. The presence of uniformed police in a capacity that isn’t related to an emergency call can send a powerful visual message.

Of course, there’s also monetary investment. Technology is pushing security forward at an astonishingly rapid pace, bringing in smart systems and artificial intelligence capable of sending alerts in real time. If you’re particularly serious about beefing up your on-site security measures, it may be worth thinking like an unmanned property, even if you’re still leveraging the presence of a facility manager.

We’re living in volatile times, which can require appropriate, measured responses to counter the ill effects. I would encourage every operator to put this week’s tragic events in perspective and within context of their own community, and use that thoughtfulness to perform a review of the security measures you have in place at your facilities.

How One Self-Storage Operator Is Using Drone Technology for Site Security and Quality Control
Jun 11, 2022