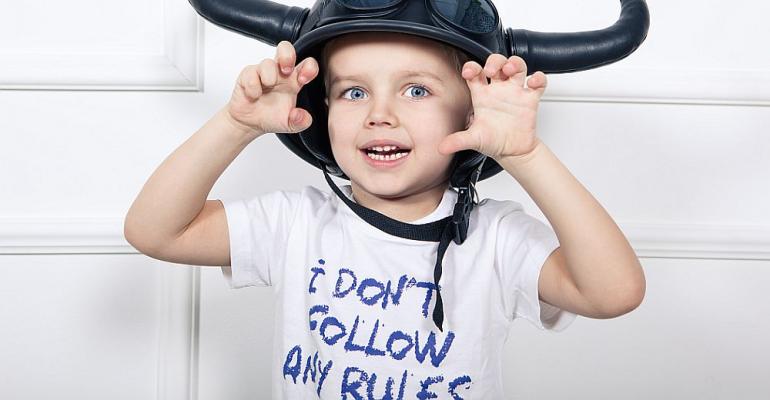 A self-storage manager learned a valuable lesson in keeping her guard up after doing a good deed for a tenant and that tenant’s rambunctious child. Enjoy the entertaining, albeit cautionary tale!

I truly understand the saying, “No good deed goes unpunished.” Let me share a story with you. It was a quiet Sunday morning … until it wasn’t. The alarm sounded for one of the units at the self-storage facility I manage, so I went to investigate.

I hopped on the golf cart and headed toward the middle of the property, where I quickly parked and followed the path to the unit in question. It was there I spotted a little boy thrashing through a pile of clothes in the hallway. I found his mother doing the same inside the space.

I asked if the unit belonged to her because the alarm had been triggered. She said it was. I then asked if she had entered her code at the entrance gate. She said she hadn’t because she walked through the gate behind a car driven by another customer. She explained she was in a hurry and was being picked up soon. Her son was bouncing off the walls!

After showing me identification, the woman gathered her totes, and we headed toward the exit. Her son was leading the way at a distance that made me uncomfortable. Seeing as she struggled to carry her things, I offered to give her a ride to the front office on the golf cart. This is where a somewhat common encounter that might happen at any self-storage facility quickly becomes a cautionary tale.

The unruly child had already jumped onto the back of the cart. This might have factored into my decision to offer the ride. The sheer chance that this rambunctious, over-caffeinated 4-year-old might finally settle down was helping my blood pressure drop back to normal—that is until he realized there was no barrier preventing him from scaling the back seat and grabbing the steering wheel!

I don’t think I’ve ever run as fast as I did that day. At the very moment I reached the cart, the boy spotted the gas pedal. He went for it—with both feet! That’s where his driver training must’ve ended because he launched the cart and wouldn’t take his feet off the pedal.

As I was running alongside the cart, grabbing the steering wheel and pulling the vehicle to the left, he was pulling the other side of the wheel in a game of tug-o-war. I was trying to prevent him from crashing into the concrete wall ahead and willing to sacrifice a roll-up door.

Of course, the inevitable happened. Rather than slam into an empty unit, the runaway cart crashed into the door of an occupied space. In fact, it had been rented by an insurance company on behalf of a client whose home was being repaired. The insurance rep didn’t have a key to the space and the homeowner was temporarily unavailable, so we had that to contend with when repairing the door. It isn’t a conversation you want to have with any tenant, let alone an insurance company!

My advice? Always make sure your self-storage golf cart is off and the key is in your hand when the vehicle isn’t in use. It’ll prevent you from getting cart-jacked by a mischievous child or other adventurer. Second, consider getting some good running shoes and take up jogging, just in case!

Jennifer Blake is the resident manager at Fort Apache Self Storage in Las Vegas. She joined the self-storage industry in 2006. Prior to her current position, she was employed with TNT Self Storage Management Inc., where she moved up the ranks and was awarded for “Best Customer Service” in 2018.

Implementing a Health and Safety Program to Protect Your Self-Storage Employees and Business
Mar 01, 2022

Protecting People and Property: How to Manage Accidents That Occur at Your Self-Storage Facility
Feb 15, 2022