Sold! Strategic Tips to Help You Get the Most Out of Your Online Self-Storage Auctions 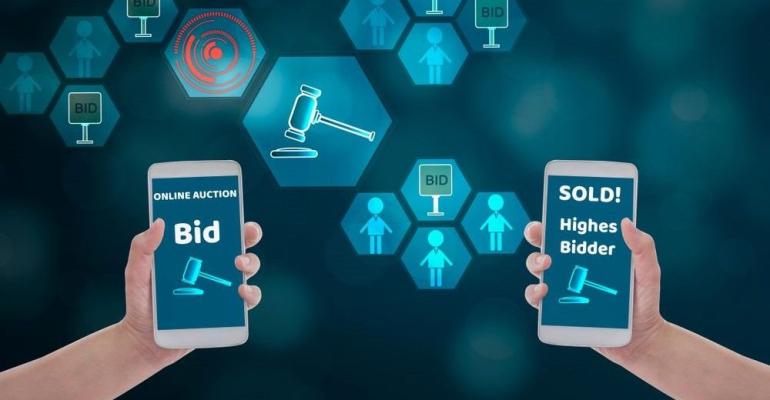 More and more self-storage operators are selling their delinquent units through online platforms, but not all lien sales yield great results. Here are some tips to help you get the most out of your online auctions.

In the early 1990s, shortly after Al Gore invented the internet, eBay emerged and taught us we could sell things through auctions hosted on the World Wide Web. Fast forward a few years, and “Survivor” hooked us on reality TV before “Storage Wars” invaded American households with its depiction of abandoned self-storage units being sold to the highest bidder.

It was only natural that eBay and “Storage Wars” would eventually collide to give our industry online auctions. Today, facility operators are increasingly turning to web-based lien sales vs. holding traditional live auctions at the property. This has many tangible benefits, but there are also some best practices you should follow to ensure your sales are successful.

When it comes to scheduling your online auction, the key is to count backward. Just as with live auctions, you must adhere to your state’s self-storage lien process. This means sending demand letters, including the name of the auction platform as the place where bidding will occur. It also means placing public notices, if you’re in a state that allows online notices instead of those printed in the local newspaper. The scheduling and duration of these posts need to comply with the timeline requirements of your statute, so setting an auction date is a process with which most operators are already familiar.

A common mistake some self-storage operators make when scheduling their online auctions is choosing a.m. when they meant p.m., or vice versa. An auction held at 1 a.m. probably won’t get a lot of last-minute bids. Another potential mistake is sticking with the same auction date each month. Eventually, you’ll have a conflict. For example, if you always use the fourth Thursday of the month, you’ll eventually collide with Thanksgiving. If you use the last Monday of the month, you’ll end up with an auction on Memorial Day.

When establishing a schedule, look at the calendar and count backward from the day on which you want to sell. Then figure out when your public notice needs to occur as well as when demand letters should go out. Then you can start the process with whichever tenants are delinquent at that point.

Typically, it’s recommended that you run your online auctions for 10 to 14 days on average (about two weeks). This allows enough time for bidders to see your self-storage units, think about them and place multiple bids.

When scheduling multiple auctions, the first unit will close at the time you select as your end time. If you’re a multi-facility operator, try to avoid having auctions end simultaneously at more than a couple of stores. You don’t want to make it difficult for your potential buyers to bid on multiple units. They need time to bounce back and forth between auctions, so it’s typically best to stagger end times. For example, you end one sale at 10 a.m., another at 10:15 a.m. and another at 10:20 a.m. Though this may seem awkward at first, it’s similar to how a live, in-person auction works.

Before online self-storage lien sales were an option, live auctioneers convinced facility operators that bidders “liked” to caravan from one facility to the next on auction day. Thankfully, we don’t have to do that anymore, particularly when you consider the price of gas today. Still, there’s some virtual “traveling” that goes on as bidders jump from platform to platform or sale to sale, so schedule accordingly.

A quick survey of online auction platforms will most likely reveal that the sale pictures often aren’t very good. Don’t let this be you. To put it bluntly, without fantastic photos, your lien sale may not recover as much money as it could. Think of your units like items you’d list on eBay or even an online dating service. Would you bid on a pair of shoes based on an out-of-focus photo of a single shoe taken from one angle, or would you feel more comfortable bidding on a pair of shoes with 10 clear pictures from several angles?

Take seven or more photos of each auction unit. They should be shot in landscape (horizontal) orientation. This gives potential bidders the most optimal views of the unit and allows greater ability to zoom in and see the scope of the contents.

A good rule of thumb is to visually split the unit into quadrants (upper and lower left, upper and lower right). Take at least one picture per quadrant and at least one image of the whole unit. Show as much as you can. You don’t want a bidder to see only a cool pair of Nike shoes, submit a winning bid and then show up in a Prius attempting to fill it with the contents of a 10-by-20 unit. Dividing the unit into visual sections allows buyers to get a general idea of everything in the space and will help them decide whether or not to bid.

Now, to entice bidders, it’s also smart to look for any hidden treasures that may be worth a close-up. This could be anything from an antique sewing machine to a big red toolbox. The idea is to catch people’s eye and draw them in.

In addition to good pictures, it’s important to include a thorough description of the unit contents because many bidders will search the online platform looking for particular items. Listing things like toolboxes and fishing poles can ensure your units get the most attention.

Finally, contrary to popular opinion, a “proof of life” photo isn’t necessary. Online auctions are often accompanied with a picture that shows a newspaper being held in front of the unit to show the current date. In reality, the unit contents are all that’s needed.

Live auctioneers, looking to salvage their own business, often raise the question, “What if the winning bidder doesn’t materialize to pick up the items from the unit they’ve one?” No-shows can happen, but if it occurred frequently, online-auction providers couldn’t stay in business. Each platform handles this differently, but with a unit value already set, finding a backup bidder tends to be an easy task. Some platforms will even start as soon as 24 hours after an auction has closed to get your unit cleared and rentable.

Cleaning out the unit is the bidder’s responsibility, which is why it’s recommended that you collect a cleaning deposit. Then the buyer has money on the line. Most facilities charge $100, though this can be bumped up as you see fit. If for some reason a winning bidder abandons the unit or fails to clean it, you’ll have something for your trouble, and the bidder can be blocked on most online platforms.

I hope you find these tips helpful. Now go out there and recoup your lost self-storage rent!

Lonnie Bickford has developed and owned five Appletree Storage facilities in Greater Baton Rouge, Louisiana, and is a board member of the Louisiana Self Storage Association, where he’s worked closely with the national Self Storage Association to make changes to the state’s lien law. He’s also the founder of StorageAuctions.com, a provider of online self-storage auction services. For more information, phone 866.944.8530; email [email protected].

How to Draft a Self-Storage Rental Agreement That'll Protect Your Business in Today’s Booming Market
Nov 17, 2022

Understanding Eminent Domain and What to Do if Your Self-Storage Property Is Targeted
Nov 11, 2022
Pennsylvania Updates Self-Storage Lien-Law Legislation
Nov 09, 2022

The Perils of Property Damage: Mitigating Loss and Potential Risk at Your Self-Storage Facility
Nov 09, 2022