What’s Your Self-Storage Facility Occupancy? Understanding and Using the 3 Types 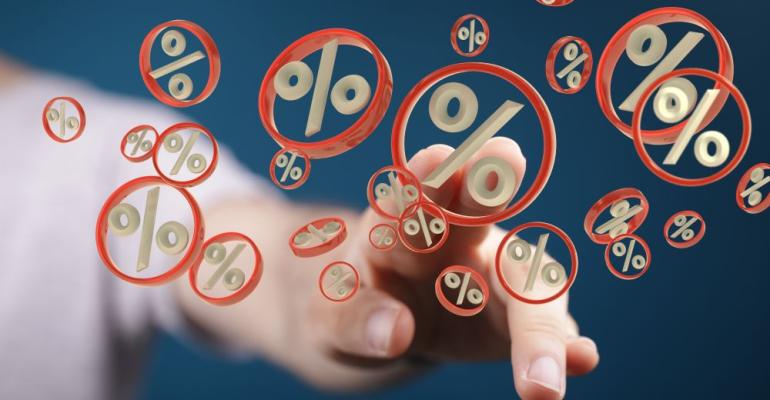 Do you know your self-storage facility’s occupancy? All three types? Did you even know there are three types? Find out how to determine each and ways you can use these statistics to improve your business.

Self-storage operators talk about facility occupancy quite a lot, but when someone asks about or mentions it, do you know which type they mean? Are you aware that there are three types of occupancy and they reflect different things? They are:

If you’re having coffee with your industry peers and exchanging success stories, you’re generally talking about physical occupancy. If you’re evaluating rates, you should look at unit occupancy. If you have a high percentage of discounted units, it’s time to evaluate your economic occupancy. It’s important to know all three rates for your facility as a whole as well as for each unit size and type.

The data produced by your self-storage facility should be what drives decisions regarding rate management and expansion projects. Knowing all three occupancy rates will give you an advantage when making critical choices about competition and business growth. Monitor them frequently, so you can use the information to improve your net operating income. You should know how to use each occupancy type, as they all provide unique information about your operation.

I look at my unit occupancy daily. This information allows me to raise tenant and street rates in an effective manner and, if necessary, offer concessions on sizes that aren’t leasing well. Depending on the size of your facility, you could be 90% occupied but have 20 vacant 5-by-10s. In that case, your unit occupancy is more likely lower than your physical occupancy.

Unit occupancy can also be broken down by size, so you’re able to determine your most popular unit or what sizes you need more of. I use it to determine what units to build for a property expansion. If we have a high occupancy in a particular size, we’ll include it in the development plans and make sure we’re charging the highest rate possible for current and new tenants.

The most commonly used type of occupancy is physical, even though it provides the least amount of usable data for rate increases and expansions. This number can trick you into thinking you’re performing better than you are, which is why it’s so important to also track unit occupancy. For example, let’s say you have 100 10-by-20s, which are all filled, and 100 5-by-10s, which are empty. In this case, you might have a false sense of occupancy, since 100 10-by-20s have more square footage than 100 5-by-10s.

At one of my locations, I was pleased to see a 98% physical occupancy rate. I called the manager and congratulated her on the success. I asked her how many units she had left to rent, and she said 27. In my mind, 98% occupancy didn’t equate to 27 vacancies. After reviewing the unit occupancy, I realized we had 12 vacant 5-by-5s. We immediately added a discount to allow us to rent those units.

When I’m asked about my occupancy, I usually give my physical occupancy, mostly because it provides the least amount of data for people who are just curious. I don’t mind sharing information with my peers, but I also don’t want my competitors using my numbers to outbuild me on my most popular size.

This occupancy type provides an enormous amount of quality data. The rate is calculated using your street and actual tenant rates, plus or minus any discounts or concessions. If you have a “free” unit, it affects your economic occupancy. Similarly, if you donate space to a local charity, occupancy will be impacted. Raising street rates and not tenant rates lowers your economic rate.

For example, let’s say your facility comprises 10 5-by-10 units with a street rate of $50. If you rent all 10 at the listed rate, your economic occupancy would be 100%. But discounts often come into play. If you give just one customer a 10% discount, making his rate $45 per month instead of $50, your economic occupancy drops to 99%, because you’re only collecting 99% of your gross potential income. If you also allow a charity to use one of your units for free, your number drops to 89%.

My goal is to keep a spread of 3% or less between my unit and economic occupancy, which is usually the most fluid and can change quickly when discounts expire or rates are increased. We review rates daily to avoid missing any opportunity to charge more rent.

Some operators will improve their economic occupancy by lowering their street rates to lure new customers and keep their tenant rates higher in comparison. I don’t recommend this. In general, I think it’s better to offer a short-term discount if necessary, such as the first two months at half price or 25% off the first three months. Lowering street rates affects asset value, and bankers and buyers need to see potential upside. Offering a discount will influence your economic occupancy for the short term, but it has less of an impact on long-term property value.

Here’s an example. We took over management of a property that had low street rates, no recent rent increases and an 84% physical occupancy rate. The economic occupancy was 82%, and certain unit sizes were completely full. We raised the street rates on all spaces, which changed the spread between physical and economic occupancy significantly. Our next step was to raise rates on current tenants if the unit occupancy for their size was higher than 88%. We followed this rate-management plan for 12 months.

Today, the facility has 99% physical occupancy, 98% unit occupancy and 91% economic occupancy. The spread between physical and economic is a little higher than our average, but we know this now part of effective rate management, using occupancy rates to drive our actions.

Don’t overthink the three self-storage occupancy rates. Instead, learn what they are and use them to your advantage. I’ve worked with almost every property-management software on the market, and all provide reports that detail unit, physical and economic occupancy. Look at your management-summary report to find this information.

The most important exercise is to review the three occupancy rates for each unit type. Your overall occupancy doesn’t provide enough information to make the decisions you need to increase or decrease rates. You can also miss an opportunity to build what you need during an expansion. It’s imperative to understand your data and use it to improve your business.

Denise Bowley is the owner of Self Storage Science LLC, a property-management company specializing in self-storage. A licensed real estate agent in Texas, Denise has served the self-storage industry for more than 25 years, opening dozens of new facilities and integrating acquired facilities into her platform. She has experience in setting company policies and currently supervises nearly 40 staff members. She also oversees the accounting department. To reach her, email [email protected].

Getting Your Due: Strategies for Resolving Self-Storage Rent Delinquency
Oct 23, 2021

Money In, Money Out: It’s Time to Get a Handle on Your Self-Storage Operational Finances
Oct 15, 2021

Creating Your Self-Storage Operating Budget: A Plan for This Year and Those Beyond
Oct 09, 2021

The Cost of Doing Business: The Need for Fees in Self-Storage
Sep 17, 2021