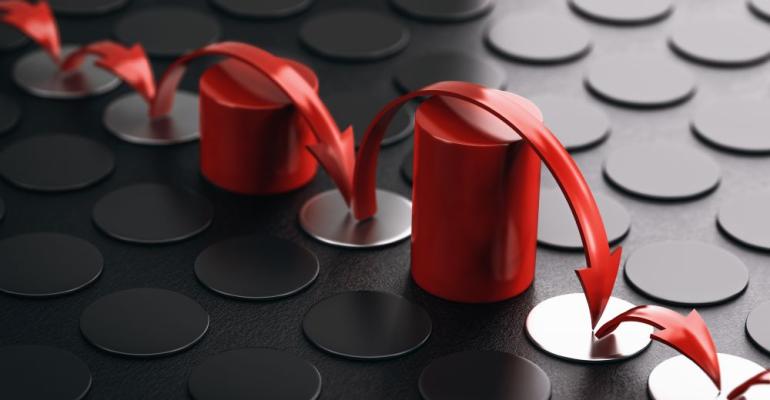 With inflation at a 40-year high and many indicators pointing toward recession, the self-storage industry could be facing it’s next economic test. Though the industry has proven resilient, the dynamics heading into the next downturn are different than in 2008. Here’s why having your revenue-management house in order is the best way to prepare.

We’re nearly halfway through the year, and the economic-indicator headlines have grown loud and persistent. My personal news feeds have been an informational tug-of-war alternatively prognosticating about why we’re headed toward a recession or will narrowly escape one. This is what happens when inflation continually sets 40-year highs (as it did again today), interest rates rise, the housing market decelerates toward correction, consumer confidence falls and discretionary spending sags.

When you place all the volatility against the two-year backdrop of economic uncertainty coming through the coronavirus pandemic, impacts from the war in Ukraine and persistent global supply-chain issues, it’s no wonder that something like the $1.9 trillion stimulus package passed in March 2021 can be simultaneously blamed for making inflation worse while also cited as potentially helping to stave off a recession.

While a recession would almost certainly ease inflation, it’s not exactly a recommended remedy. It is, however, the likely path (eventually, if not inevitably), which means the self-storage industry is about to get tested again. As we’ve seen through the first few months of surging inflation, the industry has done quite well. Whether it’s inflation-proof is still up for debate, even when most of the signs have been favorable.

Though consumer demand remains high, keeping rental rates and property values growing, there is unquestionably a point in which leveling and falling discretionary spending will begin to impact unit prices and occupancy in many markets. If we are headed toward a recession, we’re coming at one differently than in 2008, in which inflation averaged 2.85% in 2007 and 3.84% the following year. That’s a far cry from the 8.6% logged this year through May, which only adds to the intrigue and uncertainty about what lies ahead and how operators and investors will fare.

Of course, the industry is also different than it was going into and coming out of the Great Recession. Since fortifying its recession-resistant reputation more than a decade ago, scores of new investors have entered the market. At the same time, property values have reached record levels, and operators have adopted new technology and operational strategies to increase efficiencies, margins and profit.

This likely means that a larger percentage of small operators are better equipped to adjust to an economic downturn and position themselves to accelerate during recovery. One of the lessons that emerged from the Great Recession was that the large real estate investment trusts (REITs) recovered much more quickly than smaller competitors, partially because their revenue-management systems were far superior.

Some of the key advantages self-storage has over other real estate sectors during economic swings are its month-to-month lease structure, predictable expenses and ability to adjust rates on the fly. The REITs weathered the recession better and recovered more quickly because they had institutional mechanisms in place to manage the process and make adjustments as needed, including the benefits of dynamic pricing and a tiered-value approach. Today, these tools are much more accessible to smaller operators, which should close the performance gap during the next significant disruption.

Of course, that will only happen if you already have the systems in place. The market is maturing and becoming more sophisticated. Day-to-day operations and revenue management are quickly evolving. It seems certain that the industry will be tested again sometime soon, so it makes sense for operators to prepare accordingly and position themselves to weather the next downturn with the agility and skill to emerge unscathed.

Graduate From Industry Grasshopper With Our All-New Self-Storage Mastery Video Series for 2022!
Oct 25, 2022