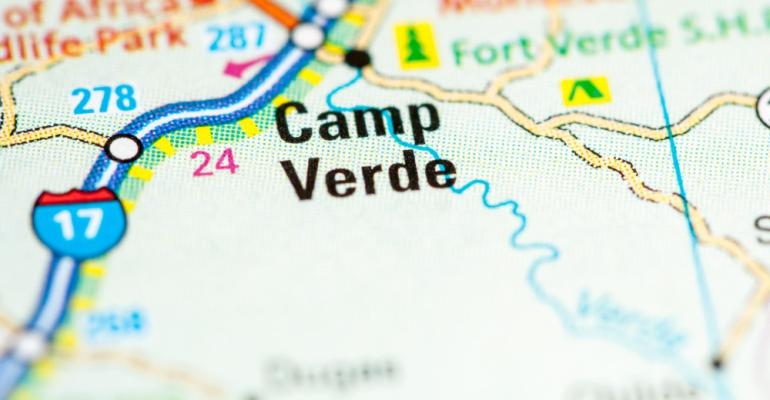 After buying a self-storage facility in Camp Verde, Ariz., owner Hartley Turley realized the property needed a makeover. See how a unit-mix reconfiguration and some automation tools helped invigorate the site.

Several years ago, Hartley Turley stumbled into the self-storage business almost by accident when he purchased an old motel and service station in Snowflake, Ariz. Looking to build an office for his glass business, he converted the unused square footage into storage, hoping to make $1,000 per month from the idle space. In no time, he was earning that and more.

Turley ultimately converted the entire building to storage, making it fully unattended via Web tools and software. The project was a success, and he was hooked.

In July 2017, he purchased an existing self-storage facility in Camp Verde, Ariz., a dusty desert town just south of Sedona. The site offered approximately 18,000 square feet of rentable space, but as Turley soon discovered, the business needed a lot of work. “The place was a mess,” he says. “It was mismanaged. You couldn’t find it on the Internet, and occupancy was abysmal.”

With 66 percent of the units vacant upon purchase, Turley had a long road to travel before Camp Verde 24 Hour Storage would provide a ticket to an early retirement. But with low occupancy comes big opportunity. Having the ability, wherewithal and patience—and just a dash of appetite for risk—Turley moved full-steam ahead. In less than a year, he transformed the metal money pit into a hassle-free, automated oasis at 100 percent occupancy.

But once the property was full, Turley needed new ways to maximize revenue. That’s when he decided to tackle a unit remix on the facility’s second floor. The original space was only accessible via stairs, and there was no “mix” at all. The floor comprised 58 units, all 5-by-10s. At the time of purchase, only 12 were occupied. They rented for just $23 per month. Turley was determined to optimize the space and charge more for it.

“I attended a number of self-storage expos and events, and decided that I had a good mix of unit sizes in the rest of the facility, and I needed to do the same with the second floor,” he says.

The facility’s previous owner was in the office every day until 4 p.m., and allowed gate access from 7 a.m. to 7 p.m. Turley had other plans than being tied to the property all day.

Automation was the key. The facility now offers storage rentals through its website, a self-service kiosk and a call center. Customers also have 24-hour access and can pay their bill online. Customers like the convenience of accessing their units outside of traditional office hours, and Turley views the unattended site as a win-win for himself and his tenants. “I love being at Disneyland while I’m making money renting units in Arizona,” he jokes.

Now that Camp Verde has been renovated, Turley has set his sights on another property in New Mexico. The project will include a reskin of the hallways, a replacement of outdated unit doors and, ultimately, a retrofit with modern technology. “I love the storage industry and plan to purchase as many facilities as I can,” he says.